“I’m from Higher Broughton, on the corner of Bury New Road and Great Cheetham Street East, opposite the Rialto picture house, and I used to go there loads. We lived above a chemist’s called Friedman’s and that corner was a really happening place actually. Potter’s Club was there where all the North West snooker players used to go. It was open 24 hours and if you were a member you got a key so you could knock about there for as long as you wanted. It’s where John Virgo, Alex Higgins and John Spencer used to practise their shots.

Also in that block was a place called Higher Broughton Assembly Rooms which had indoor fountains and a sprung dancefloor. On a Friday night Jimmy Savile was the DJ and ugly Ray Terret was his apprentice who was like a mini-me of Jimmy Savile. There were quite a few fires there which I could see out of my window but the place always rose from the ashes and would be a bit more splendid than before.

I went to St Thomas’s, then in secondary modern it became St Andrews and then, just after our kid left and the Pope had gone to Heaton Park, they re-named it Pope John Paul 2nd. It didn’t cut much mustard because about a year later it became a Barrett estate which it still is now.

I wrote bits of poetry at school, I had a knack for it but so did a few of the kids in the class. We had a good teacher, Mr Malone, who was actually the PE teacher doubling up. He had a glass eye and when he took us swimming he’d throw it in the pool…honest…and whoever got it the first would get off early. He was a real outdoor guy, an Ernest Hemmingway type, red blooded, literary bloke. But he was a really inspiring teacher…he used to read old 19th century stuff and say ‘Just do it like that but only write about what you know’ which was pretty good advice from anybody.

My first job was a ‘shabbos goy’, switching the oven on and off for orthodox Jewish people on Fridays and Saturdays. They used to treat you afterwards with a few pennies…a ‘shabbos goy’, that was me…

I had no idea what I wanted to be, just to get a trade after I left school. I had a job cutting out linings for women’s coats, got into printing and then became a lab technician at Salford Tech. They called it that but anyone who had a white coat and wasn’t a lecturer was a lab technician. It didn’t involve any test tubes and or anything like that – I was working in the joinery department handing out power tools.

Beasley Street? The nearest thing that comes to mind is Camp Street as it was in those days, big houses split into flats with a lot of different things going on.

I’ve always been in and out of Salford – I worked in Plymouth for a long time in the early 70s with my first wife but I’ve always come back. What is it about the place? It must be a magnet for us bohemians…”

John Cooper Clarke – who is he, what was he doing on Bury New Road and what has he changed? click here

If you have any photos, anecdotes or memories relating to John Cooper Clarke please get in touch burynewrd@gmail.com or via the Bury New Road Heritage Facebook page. 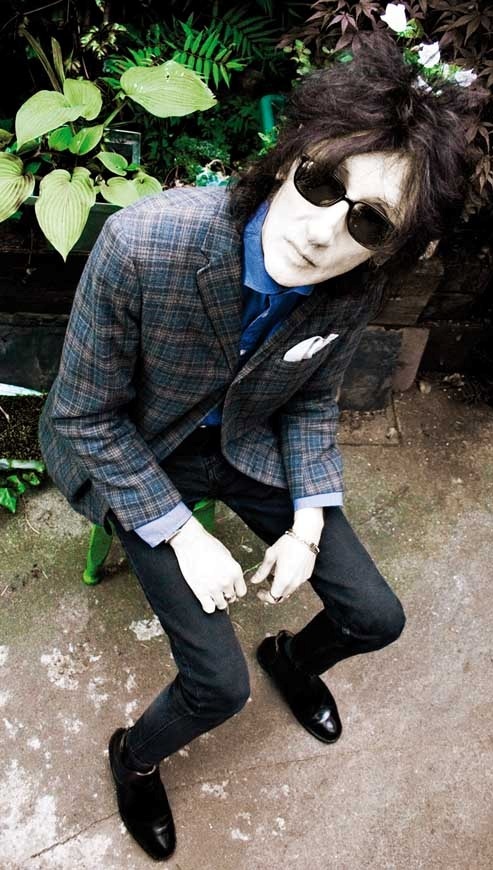