Mary Monson, who defended striking miners and Strangeways Prison rioters, and who supported many community causes, including the Salford Unemployed Centre and Mary Burns Community Group, has sadly passed away...

Mary Monson, who founded Mary Monson Solicitors in 1979, died last Saturday after a short illness. A passionate defender of human rights and of people’s rights to justice, she represented striking miners who fought against the Thatcher Government and Strangeways Prison rioters who fought for better jail conditions, amongst many others. In recent years, Mary became a massive friend of Mary Burns Community Group, firstly supporting the Salford Star which gave the community a voice and held power to account, and secondly supporting the Bury New Road project.

In 2018, Mary’s company also funded a new breakfast club for homeless people at the Salford Unemployed and Community Resource Centre in Eccles, which she said was a “Thank you from me and my family for the great life that we’ve had in Salford…”

Mary recalled her first law job in Salford at a firm of solicitors and her debut visit to court, where she asked her bosses why the accused weren’t wearing suits… “It didn’t take me long to realise that they were wearing all they had” she said, before adding that “The people were so wonderful…not the people I worked with, sadly; not the lawyers, not the police, not the prison officers…Salford Magistrates Court was a kangaroo court, and the Crescent police station was a hellhole where children were beaten up regularly…

“It doesn’t take a rocket scientist to work out that there’s a direct link between poverty and crime” she explained “With all the cuts we’ve seen to solicitors’ services and all the cuts to funding that’s available for rehabilitation once people come out of prison we’re in very, very dark times and our communities need all the help they can possibly get.”

In the same year, Mary also funded a big red open top double decker ‘Trump Go Home’ bus which toured Salford and Manchester in opposition to his proposed visit to the UK… “The idea that he’ll come and be feted like a respectable person is appalling” she said. 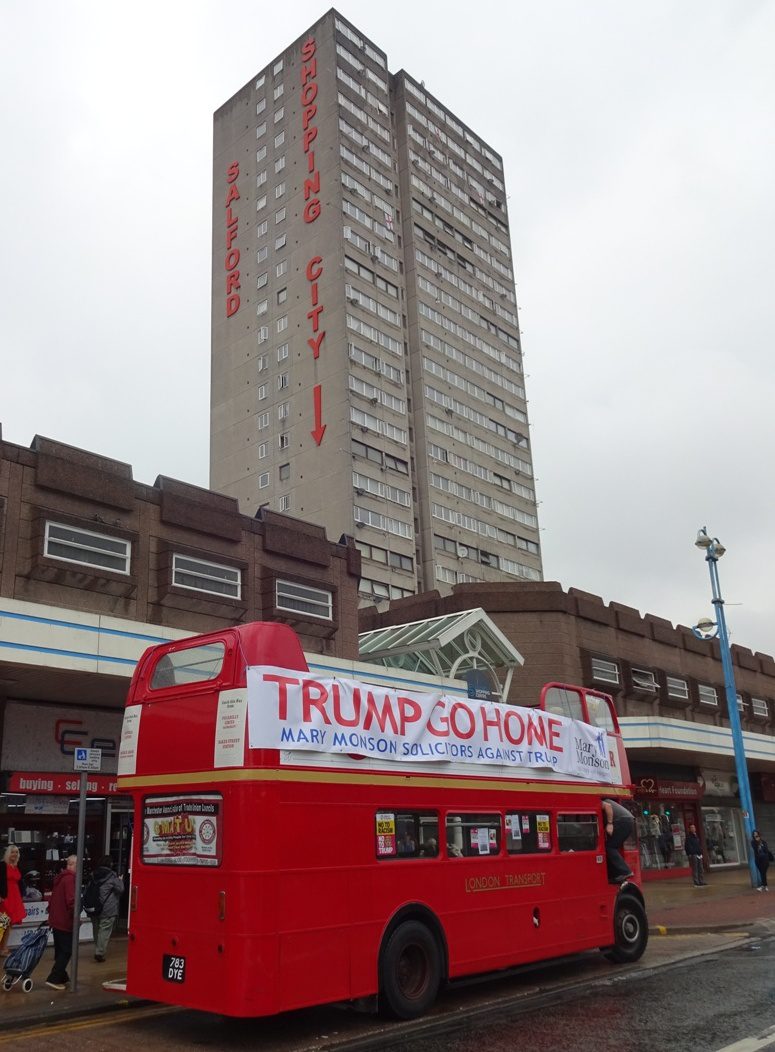 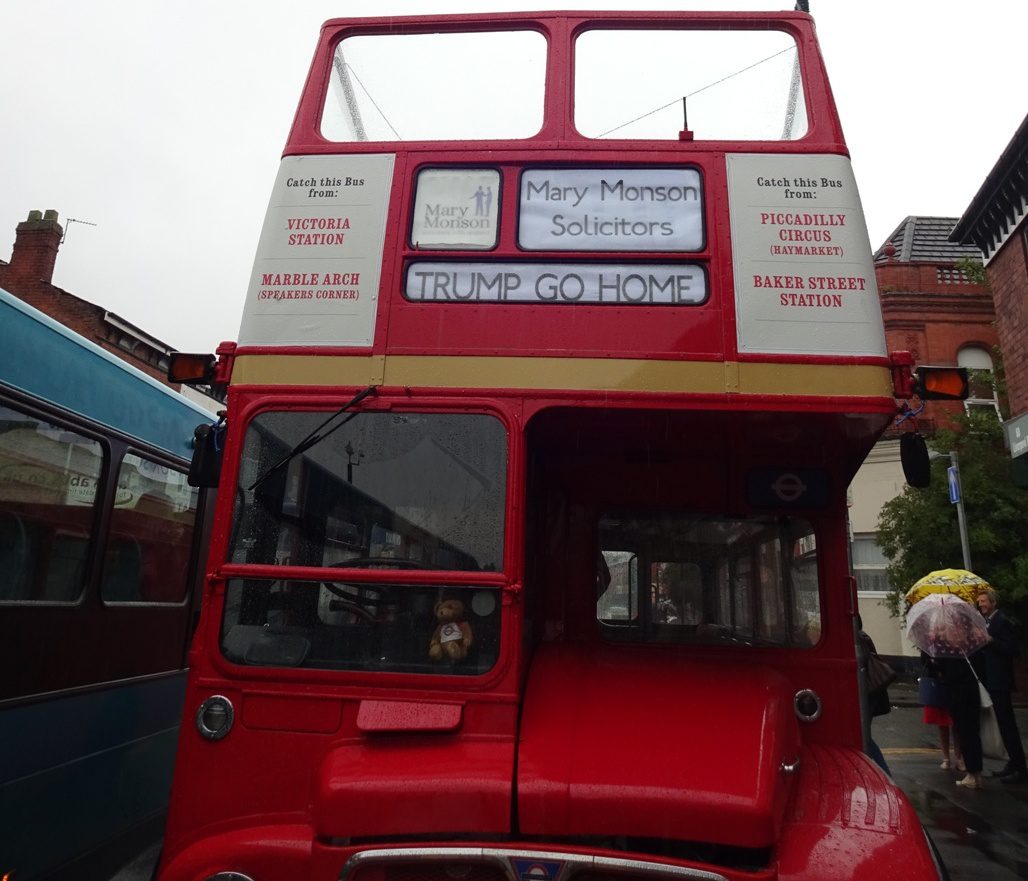 “I am deeply saddened by Mary’s passing” says Stephen Kingston, director of Mary Burns and former editor of the Salford Star “She was an amazing woman, a one-off, who really, really cared about the rights of the working class, and those who are trying to improve the lives of the people left behind in society’s charge to monetarism, greed and selfishness. In my experience, she had little time for the ‘great and good’, but loads of time for the people judged as ‘not-so-great and not-so-good’.

“We were about to work with Mary again on the heritage aspects and positive results of the Strangeways Prison riots and I was totally shocked by the news of her passing” he adds “She will always remain within my heart, and I am eternally grateful for all the help and support she gave me personally, our community group and local people in general. She will be totally missed…”

Meanwhile, Mary Monson Solicitors has issued the following statement… “Mary was respected by all who knew her, perhaps most of all because of her unwavering dedication to the fight for justice for her clients. From fighting to keep Salford youths out of adult jails in the 1970s and 80s, she expanded the firm to helping those in need from every level of society and throughout the country, culminating in cases that were reported worldwide. But Salford was always her professional home. It was where her heart was, and it was where she built a facility for the poor and homeless to meet and have breakfast without being moved on.

‘She was as fearless as they come” it added “She paved the way for female lawyers in a male-dominated profession, shattering egos along the way, where it was deserved. Her philosophy to never give up the fight and to provide people with a human and high-quality service no matter the case was one that grew into a movement throughout our firm. Her legacy will live on in the lawyers she trained and worked with for many years to come.’

To read more about Mary Monson’s work in Salford see… 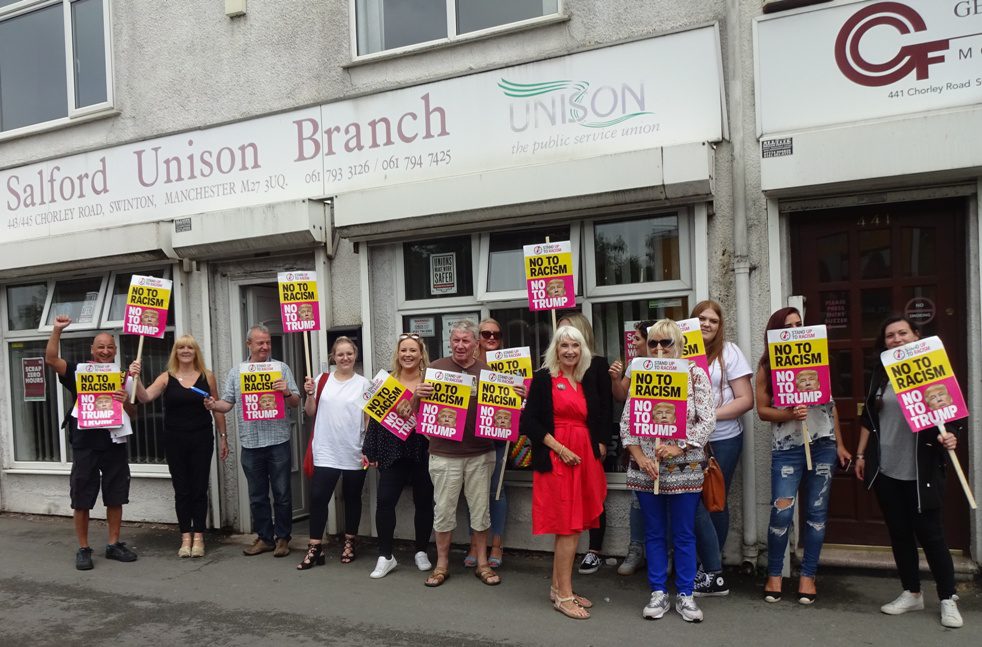 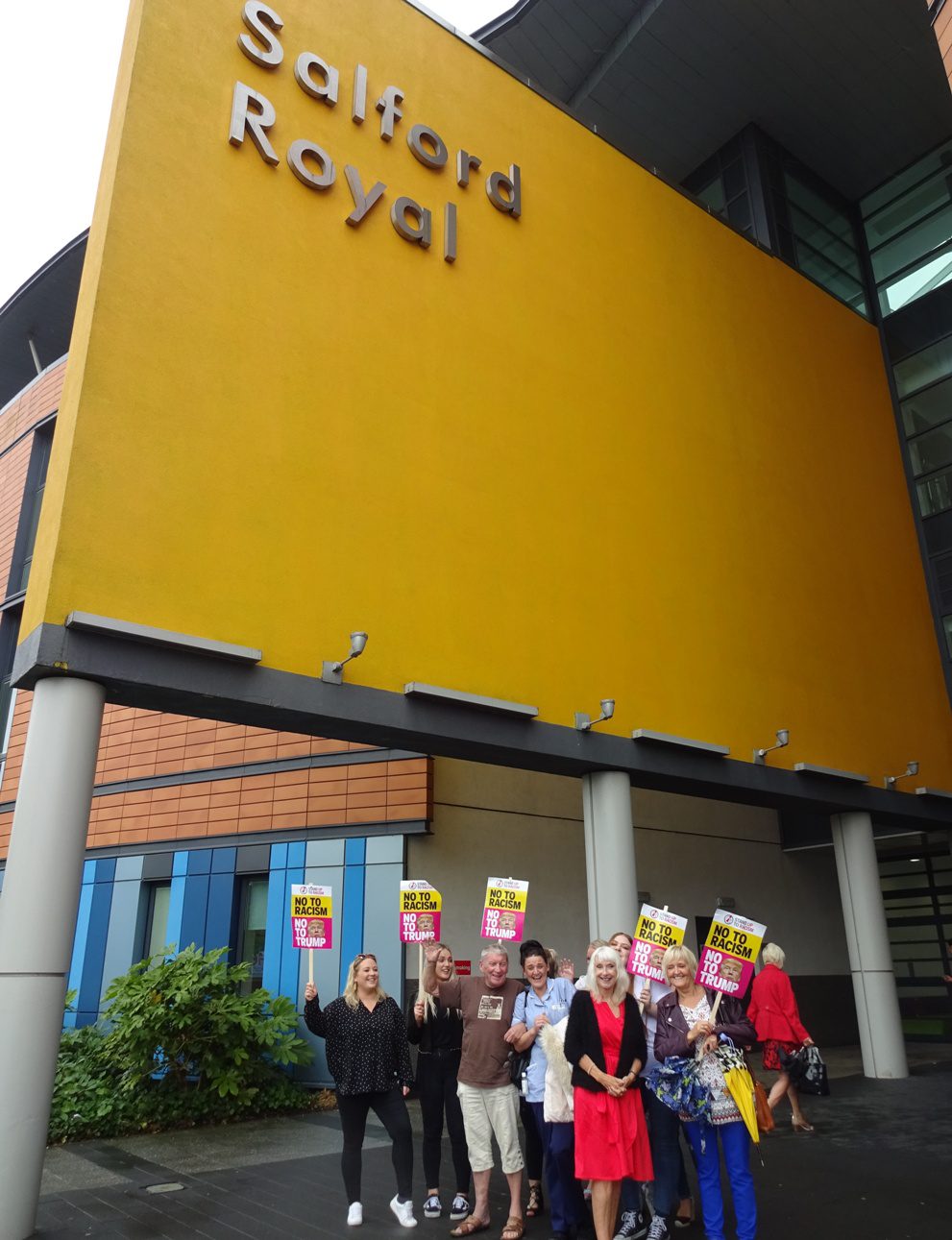