The Future of Strangeways – Over 1,000 New Apartments But…

...Will the prison still be there? Can they really bulldoze the dodgy warehouses? 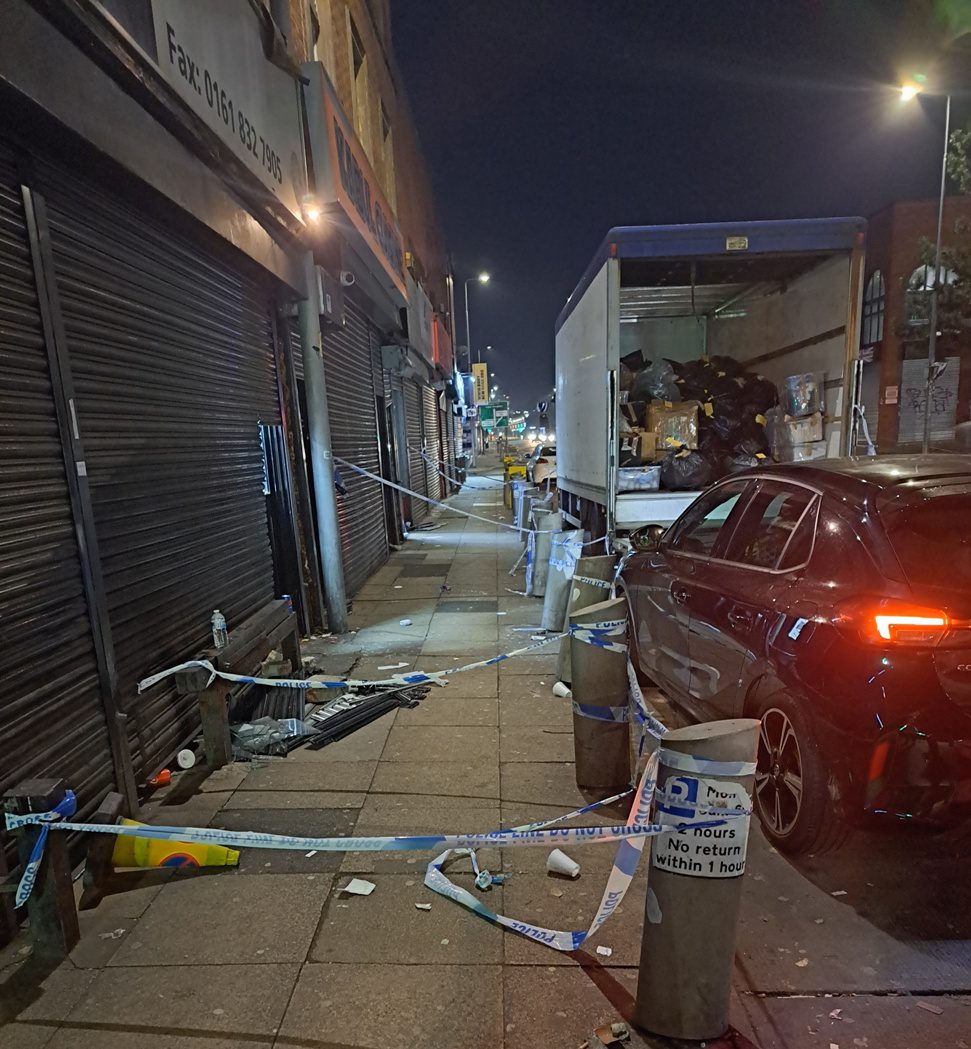 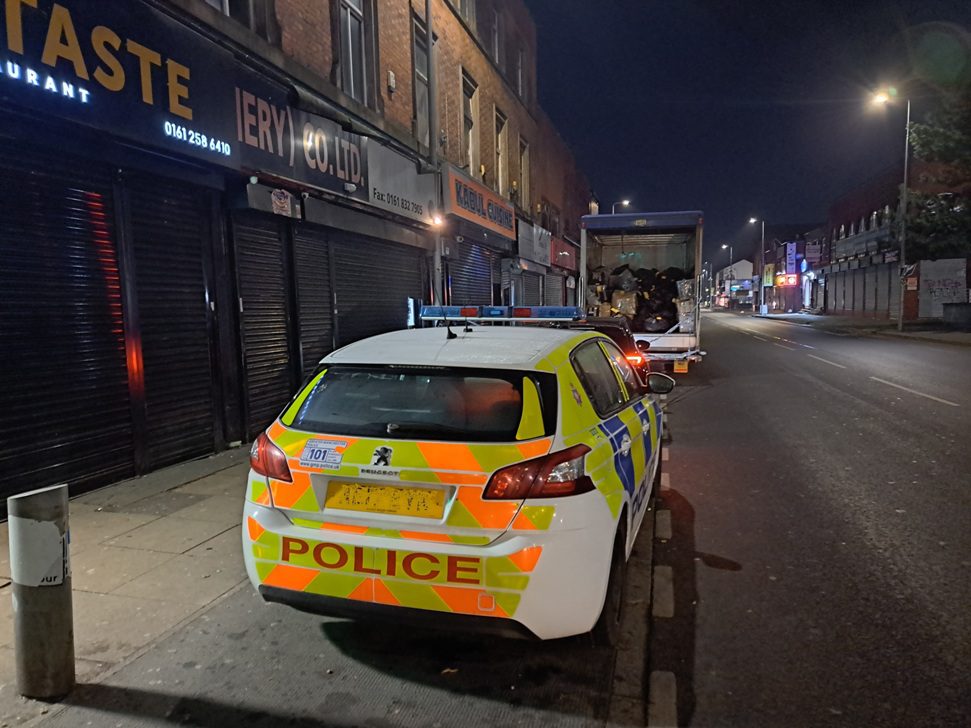 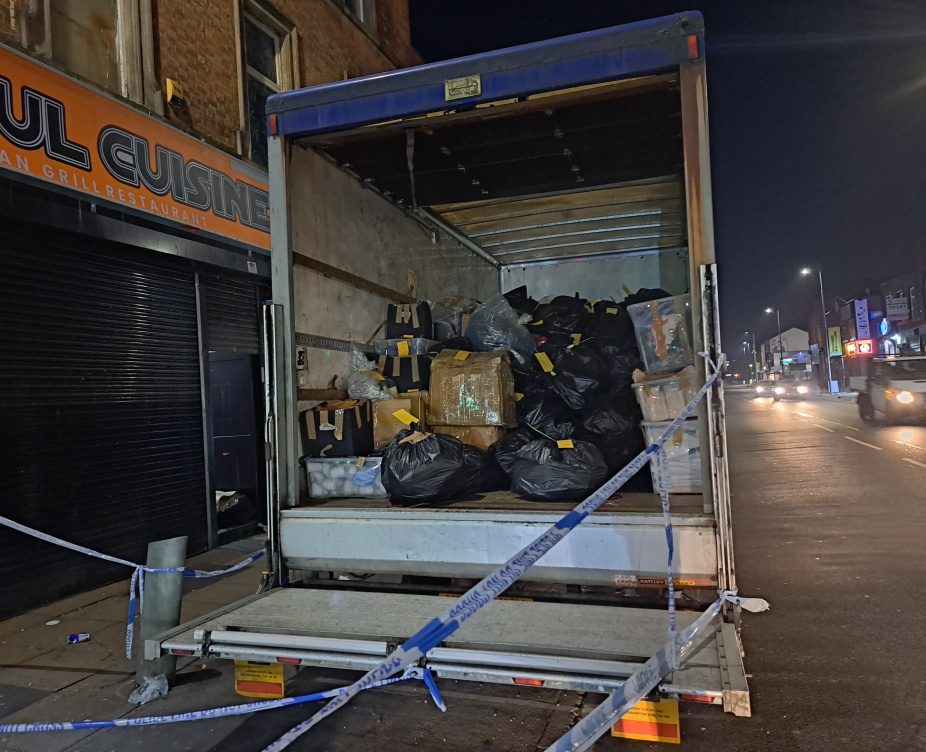 This is just the latest in a series of Operation Vulcan police raids and Manchester City Council shop closures that have been going on over the past few months, cheerled by the media and many concerned citizens. Meanwhile, even on the morning after this latest raid, the warehouses a block or two down are still open doing a brisk trade, as dozens of people flock every hour to buy cheap merchandise. 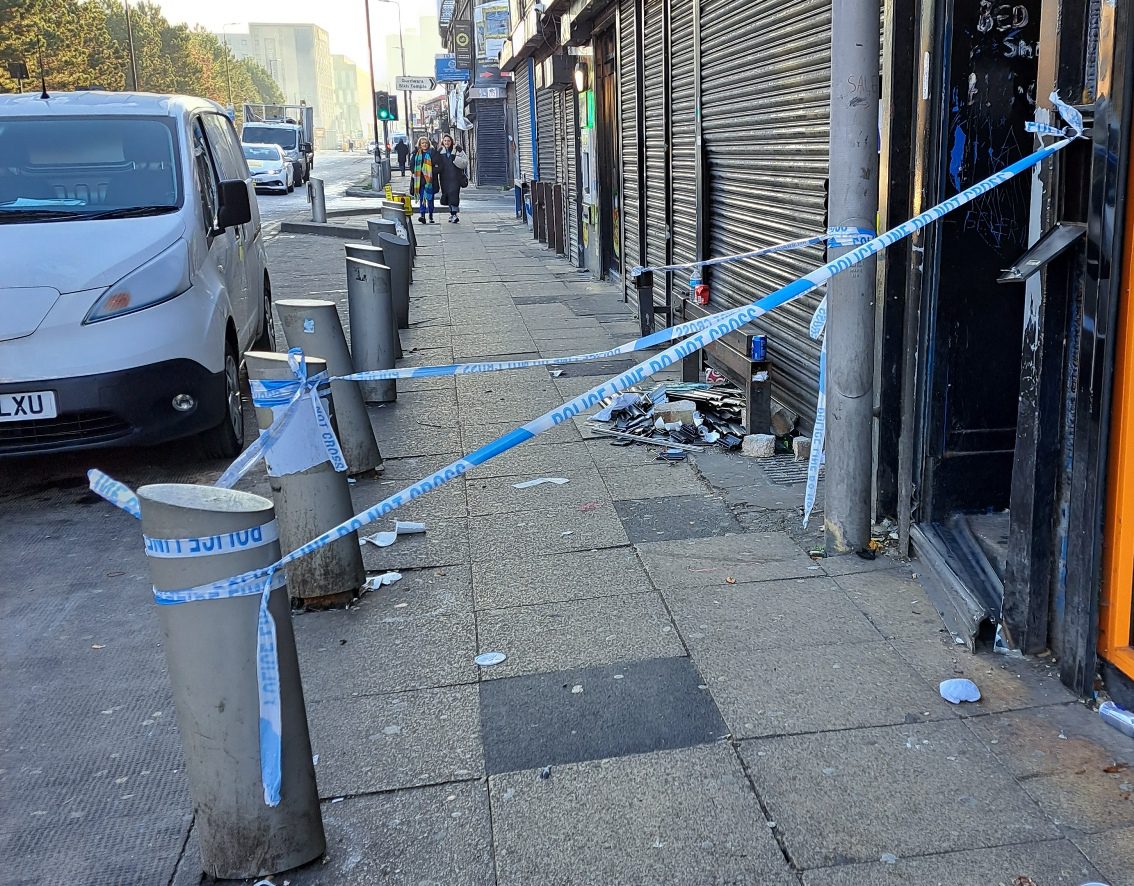 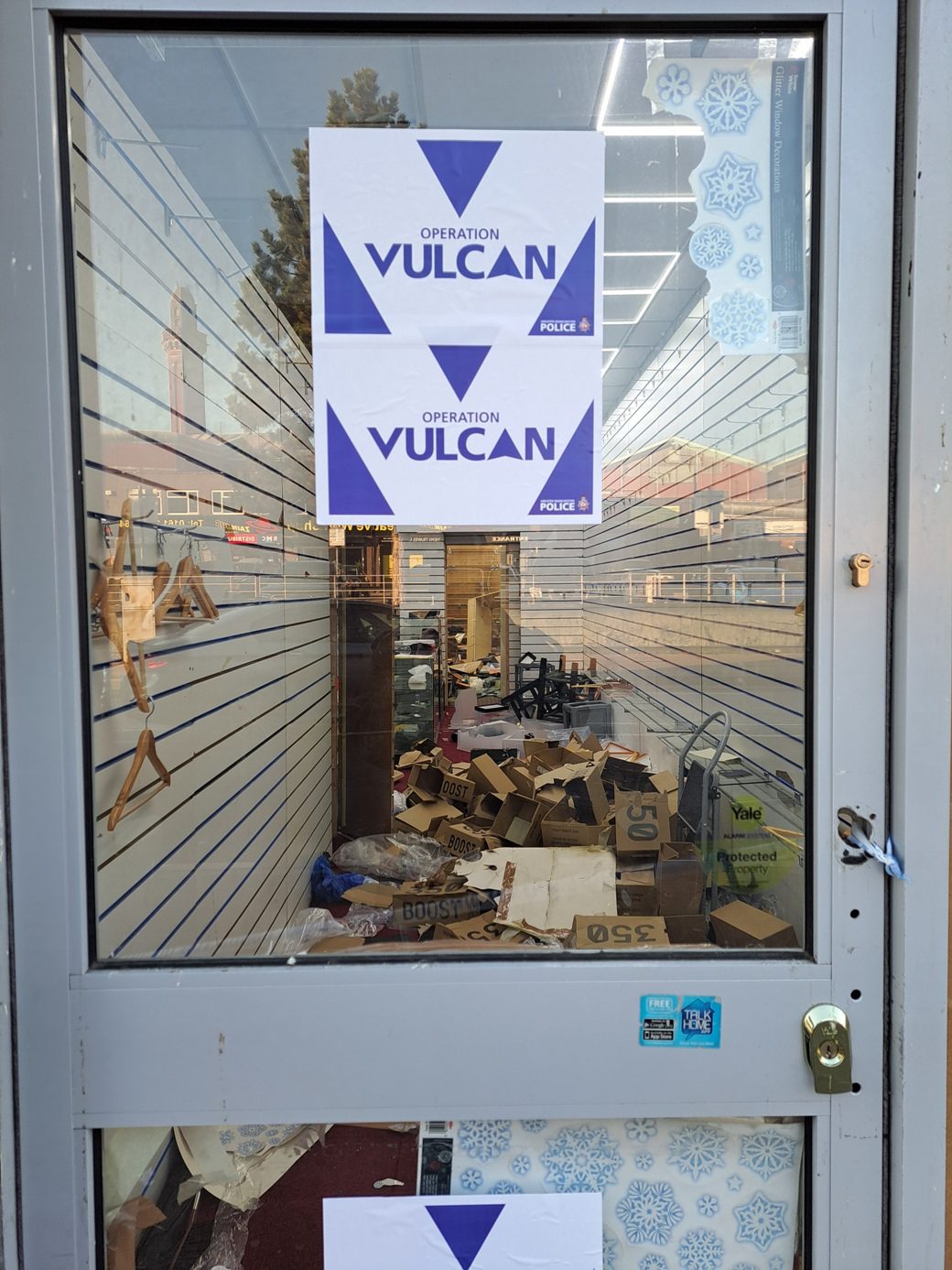 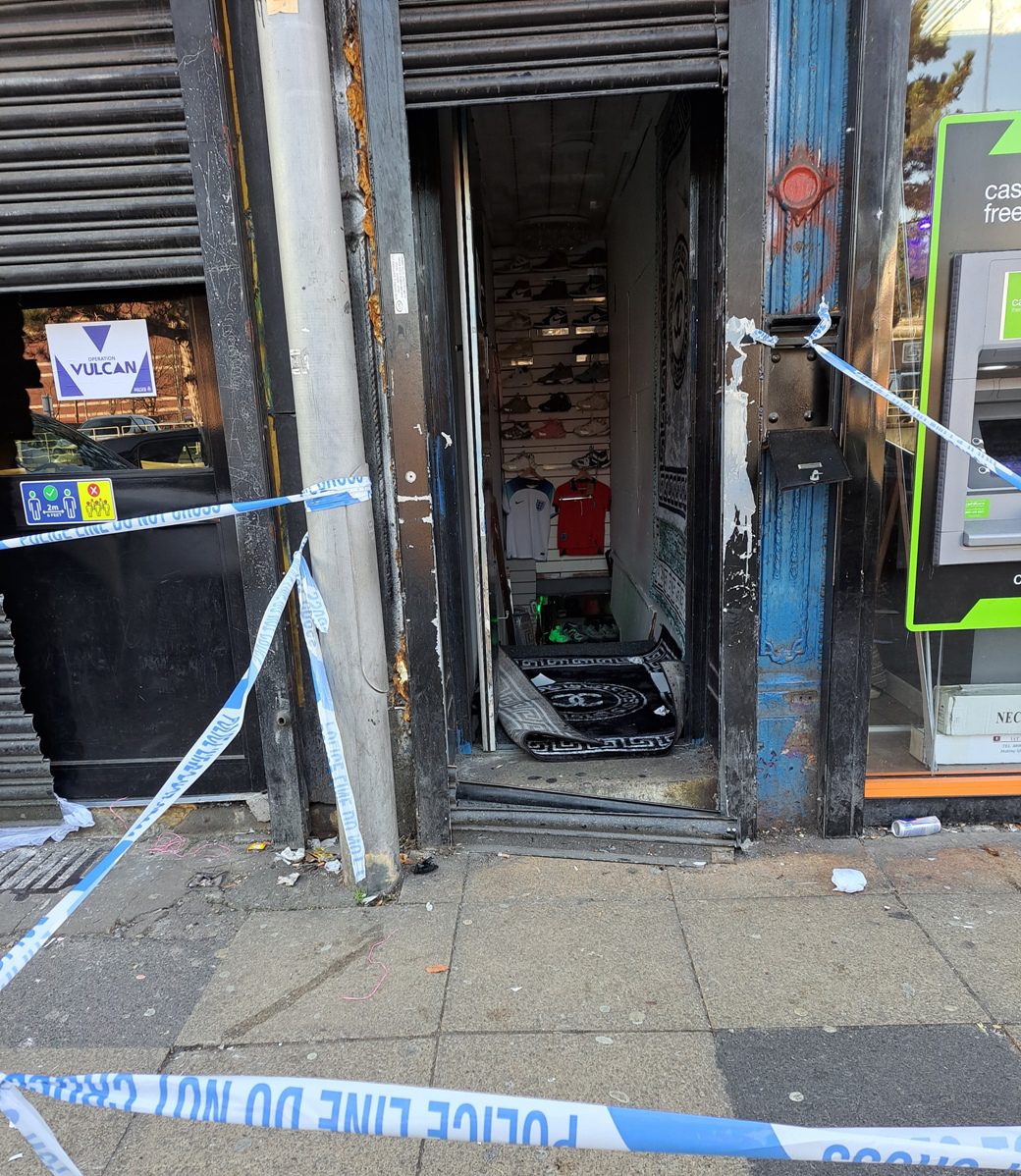 But what is behind the sudden action to stamp out what the media have labelled ‘Counterfeit Street’?

As far back as November 2018, Manchester City Council stated unequivocally in its Great Ducie Street Strategic Regeneration Framework that the area, including the former Boddington’s brewery site and the dodgy warehouse stretch on Bury New Road, “has huge potential from a place-making point of view” and that the River Irwell, which runs at the back of the Road, “presents a major opportunity to provide a highly attractive riverside setting to new development”…

However, the report adds that the ‘weaknesses’ of the area are the “negative connotations with Strangeways, and the prison as a barrier for growth…confounded by anecdotal evidence of illegal counterfeit trading”…

Since then, the new £93million Manchester College, or City Campus Manchester, opened in September boasting state of the art media and art facilities, while developer Latimer, an arm of Clarion Housing Group, has planning permission for 461 apartments in two buildings between eleven and 27 storeys high at the front of the old Boddington’s site on Bury New Road, with completion due in August 2025. 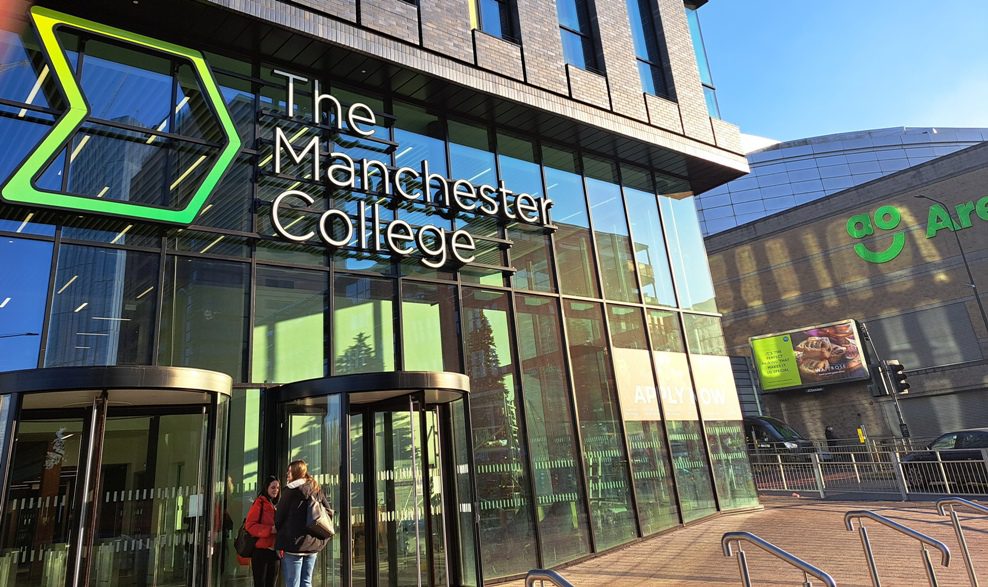 Although Manchester City Council’s Policy H8 “establishes that development should contribute to the City-wide target for 20% of new housing to be affordable”, after an allowed developer profit of 17.5%, its ‘viability’ statement on this development requires just 5% or 23 flats of the total 461properties to be in any way ‘affordable’, although none will be for social rent – 15 will be at a so-called ‘affordable rent’ and eight would be ‘shared ownership’. A further 55% or 254 flats could be ‘affordable’, dependent on Government grants. 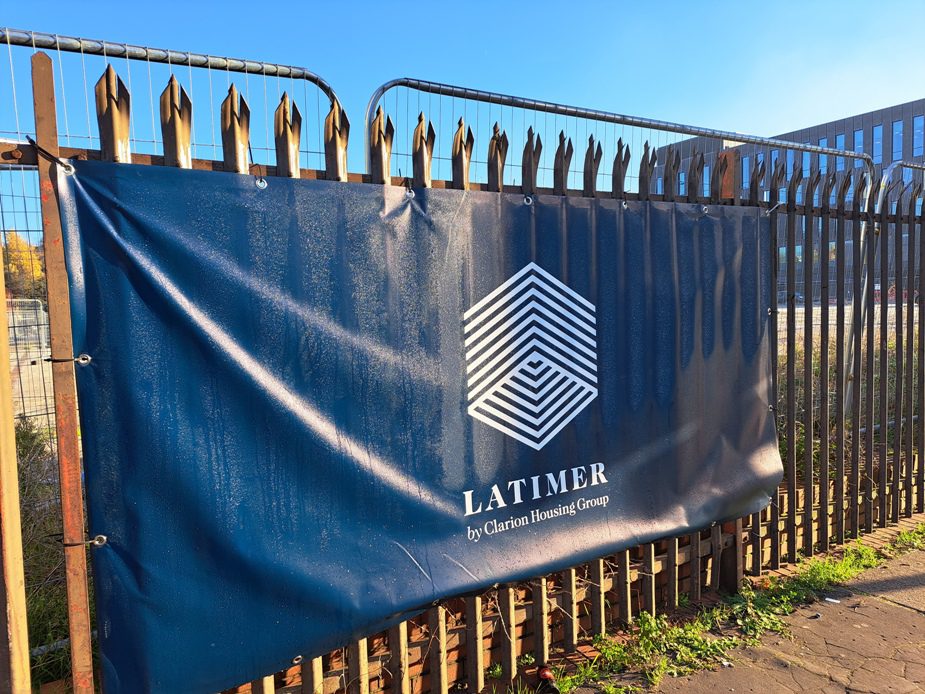 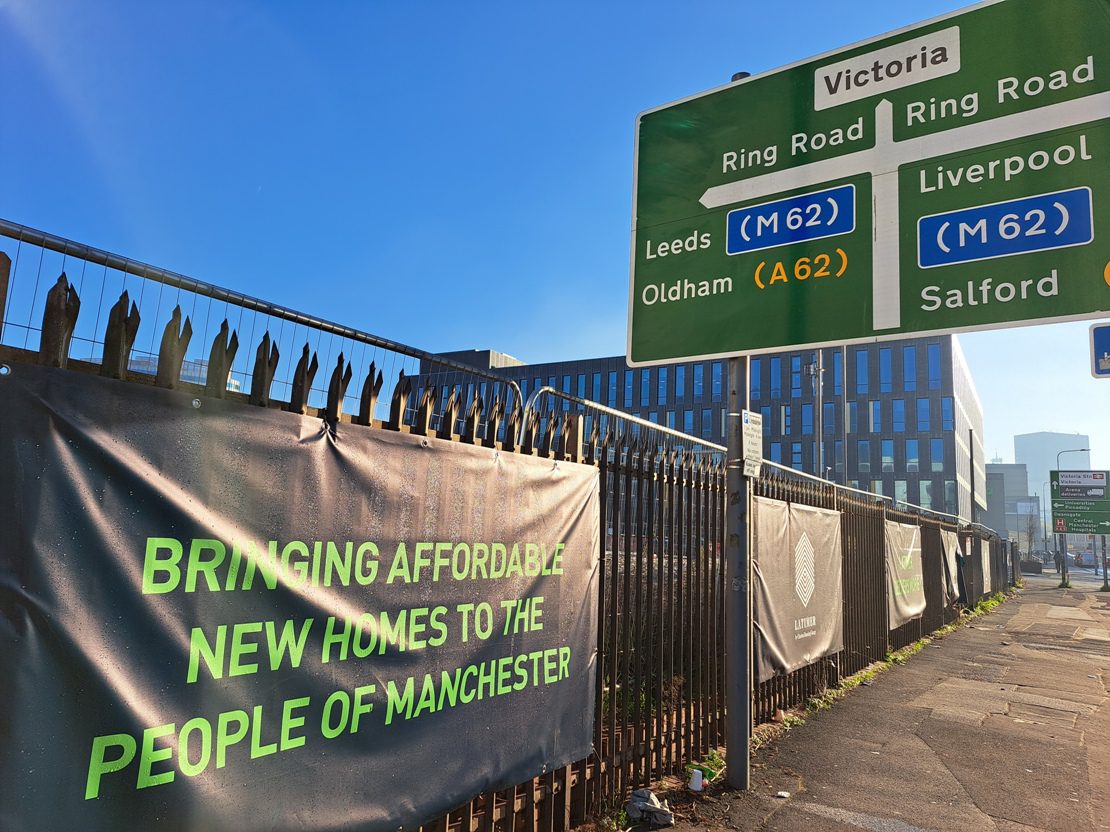 Meanwhile, Fred Done’s company, Salboy, has bought a three acre plot at the back of that site from Realty Estates, and intends to complete a scheme for a further 556 properties in five buildings with a 26 storey tower, starting in 2023, with no mention so far of any affordable housing. The original Section 106 agreement for the site, which has a Gross Development Value (GDV) of £195million, is for the developer to pay a contribution of just £450,000 towards affordable housing “within the administrative boundaries of Manchester”.

Developers are acting upon Manchester City Council’s report that the area presents “an outstanding opportunity to further support the positive growth trajectory of Manchester” and locked into this is the future of HMP Manchester, or Strangeways as it’s still known.

The Council’s Strategic Regeneration Framework adds that, while HMP Manchester is outside of the area, “considering its age and condition could be seen as a candidate for replacement in the future”.

This view has been further ramped up by Manchester City Council Leader, Bev Craig, who, speaking to the I Love Manchester website said that “We have reiterated a long-standing call to the Ministry of Justice to relocate and close Strangeways prison and would welcome discussions around it…So it is a long-term aspiration to see it replaced elsewhere. At the moment its city centre location acts as a barrier to growth and development…”

Will the prison be closed? Definitely not in the short term as the Ministry of Justice responded that there were “no plans to close or relocate” the jail…“We are working closely with the [prison] governor on plans to modernise and improve the prison.”

Currently there is repair work continuing on the complex which has massive protection, with four huge Grade II listed structures including the tower.

With the Council ramping up support to close HMP Manchester, while at the same time leading efforts to stamp out illegal trading on Bury New Road, who might benefit in the future? 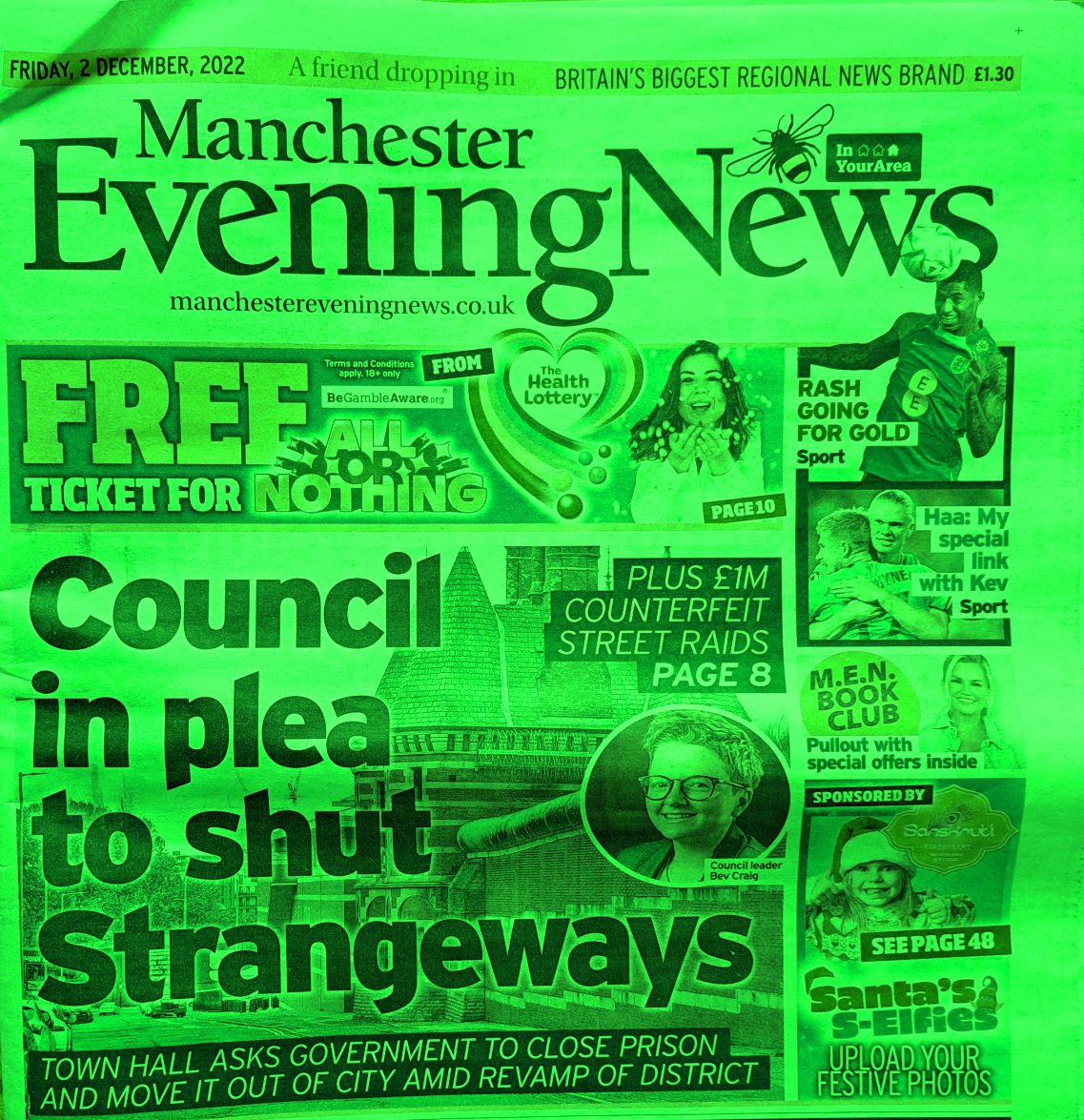 The Strangeways area has a history of poverty. World famous communist icon, Friedrich Engels, lived at number 70 Great Ducie Street at the start of Bury New Road, probably between 1842 and 1844, and definitely on his second stay in Manchester from 1850 (for full details see Bury New Road articles and video click here). He documented the absolute poverty, particularly in the area between Bury Old Road and Bury New Road that contained “unqualifiedly the most horrible dwellings which I have yet beheld”.

Yet these slums were hidden from the main road…“I have never seen so systematic a shutting out of the working-class from the thoroughfares, so tender a concealment of everything which might affront the eye and the nerves of the bourgeoisie, as in Manchester” he wrote in his classic book The Condition of the Working Class in England. 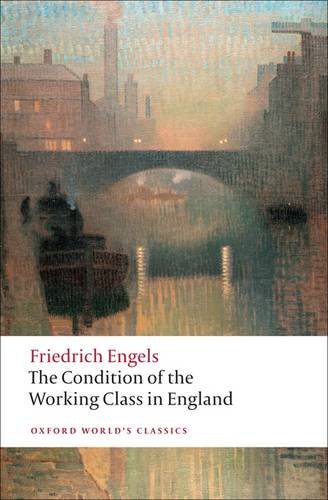 Today, literally across the Road from where Engels lived and did his research is Coffe4Craig’s The Meanwhile, a seven days a week drop-in ‘Working to prevent homelessness’, opened in 2020.  This is right on the main Bury New Road gateway to Manchester city centre. And the poverty is not concealed. 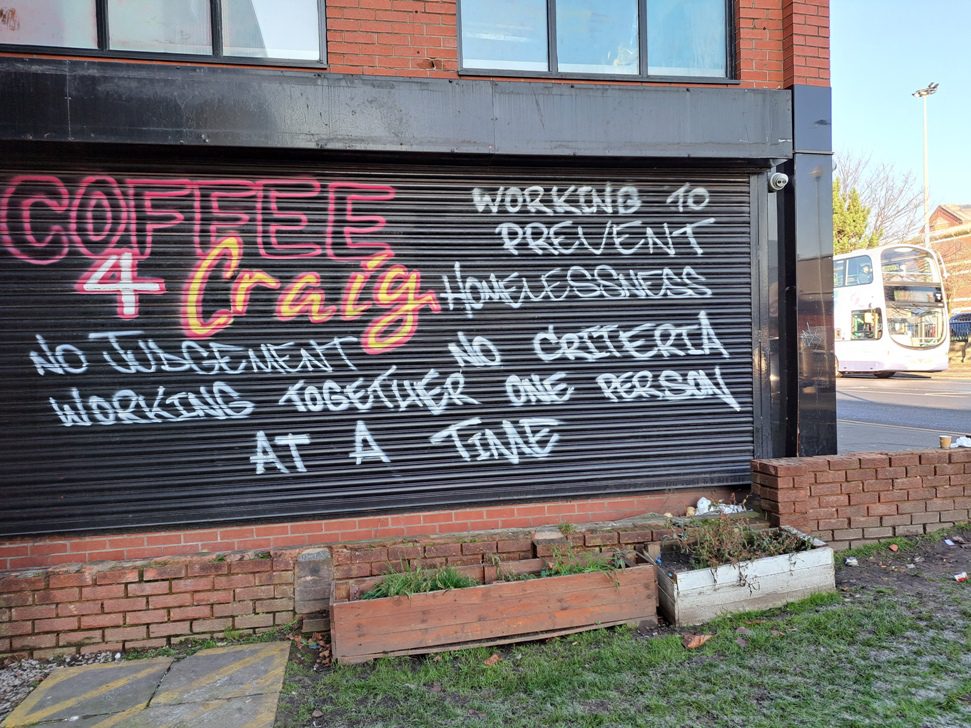 Another nearby drop-in for homeless people run by Lifeshare at the old Ragged School in Danzic Street near the shiny Co-op building was evicted three years ago to make way for the re-branded MeadowSide, financed by the Far East Consortium and part of the NOMA development. Here apartments are fetching up to half a million pounds. At the time, Stephen, campaigning to keep the Lifeshare headquarters open, told the Salford Star, “These new flats are for rich people, while the poor get poorer. If you haven’t got money you’re nowhere in this life. This is the goddamn state of the corrupted world, where politicians are only there for the power and the money and greed. Lifeshare was a life saver.”

Further up from The Meanwhile, are the scruffy shuttered shops with a zillion look-outs urging customers indoors. Again, this is right on the main Bury New Road gateway to Manchester city centre. Indeed, if the prison is added, here is “everything which might affront the eye and the nerves of the bourgeoisie”…

So is the current police and Manchester Council activity to do with illegal activity – counterfeit goods, drugs, gangs etc – or are other forces at work? And why now, when the activity has been continuing for years with only token disruption?

Greater Manchester Police was asked to comment but didn’t respond – Councillor Luthfur Rahman, Deputy Leader of Manchester City Council, responded “For a number of years enforcement action has taken place in Strangeways to disrupt criminal activity. We know there is a significant criminal presence in the area, notable in the sale of counterfeit merchandise. Recently the launch of Operation Vulcan, a joint operation between GMP, the Council and other partners has yielded significant results, with a number of premises being shut down. This work will continue throughout the coming months as more resources are put into transforming this area back into a thriving and safe neighbourhood.” 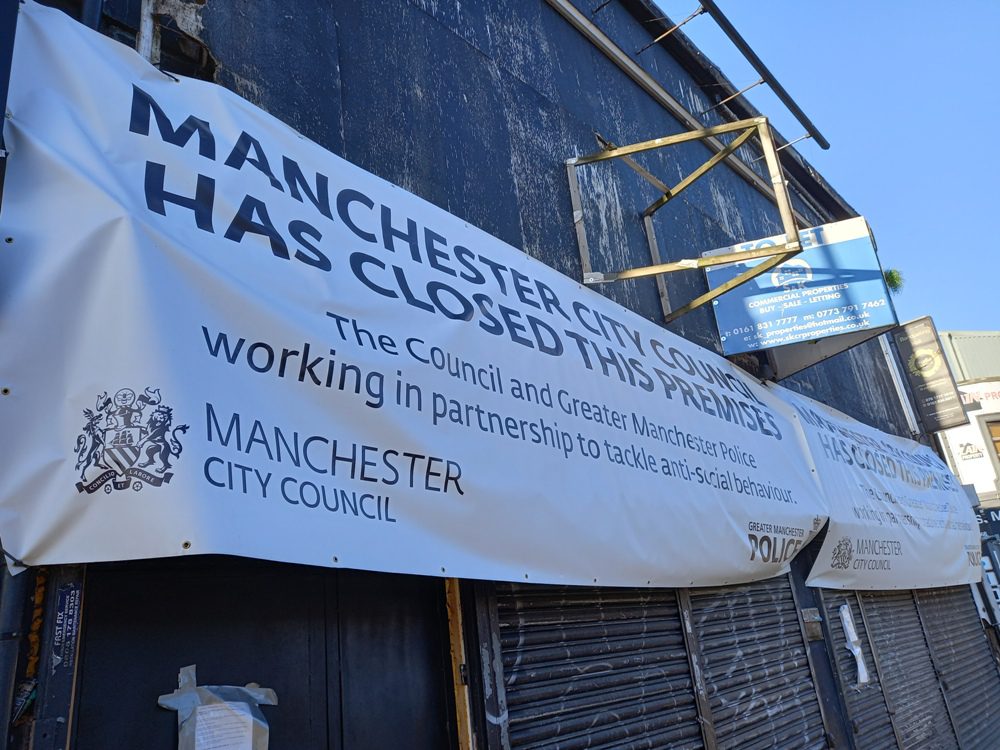 The redevelopment of the Strangeways area, it could be argued, is all about profit, the rising land values just a stone’s throw from the city centre and the ‘affront to the bourgeoisie’.

It will probably mean that within the next thirty or forty years the place will be sterilized. And it’s beginning now… 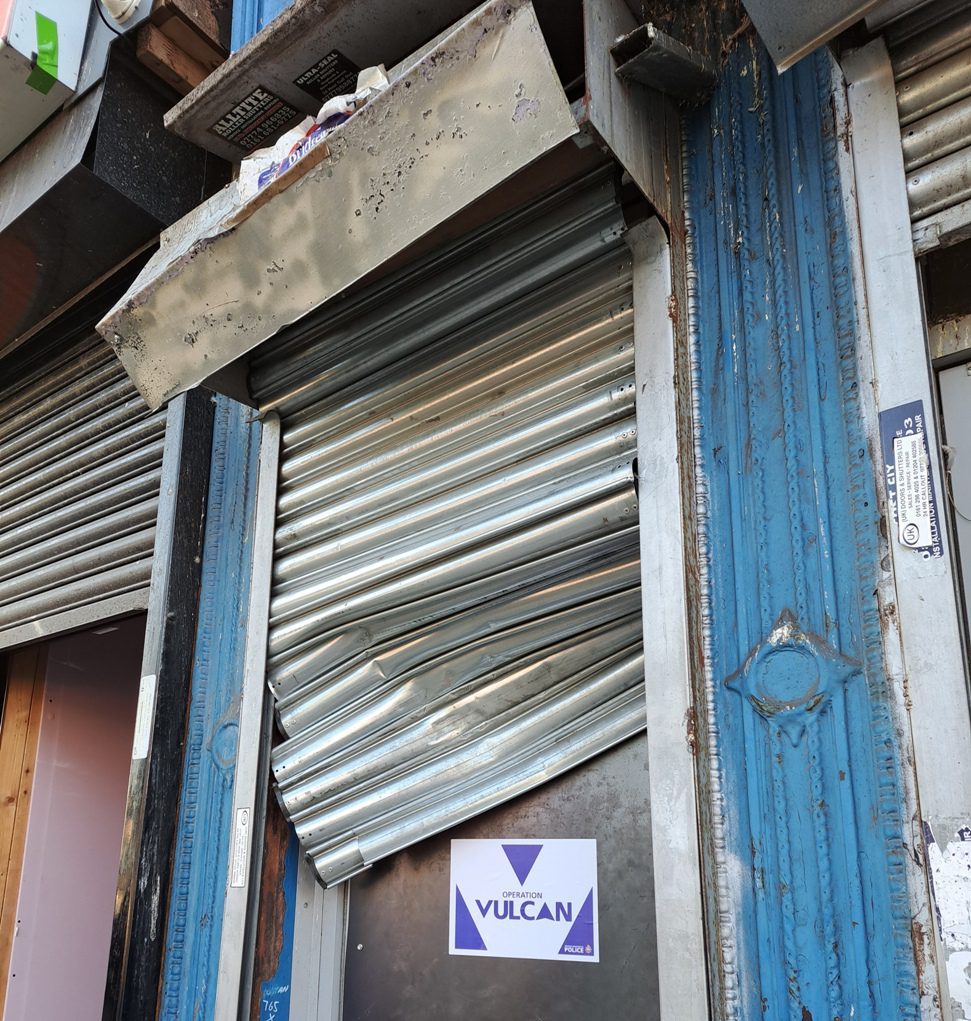 “I once went into Manchester with a bourgeois and spoke to him of the bad, unwholesome method of building, the frightful conditions of the working people’s quarters…The man listened quietly and said when we parted `And yet there is a great deal of money to be made here; good morning sir’…All the conditions of life are measured by money, and what brings no money is nonsense, unpractical idealistic bosh!”