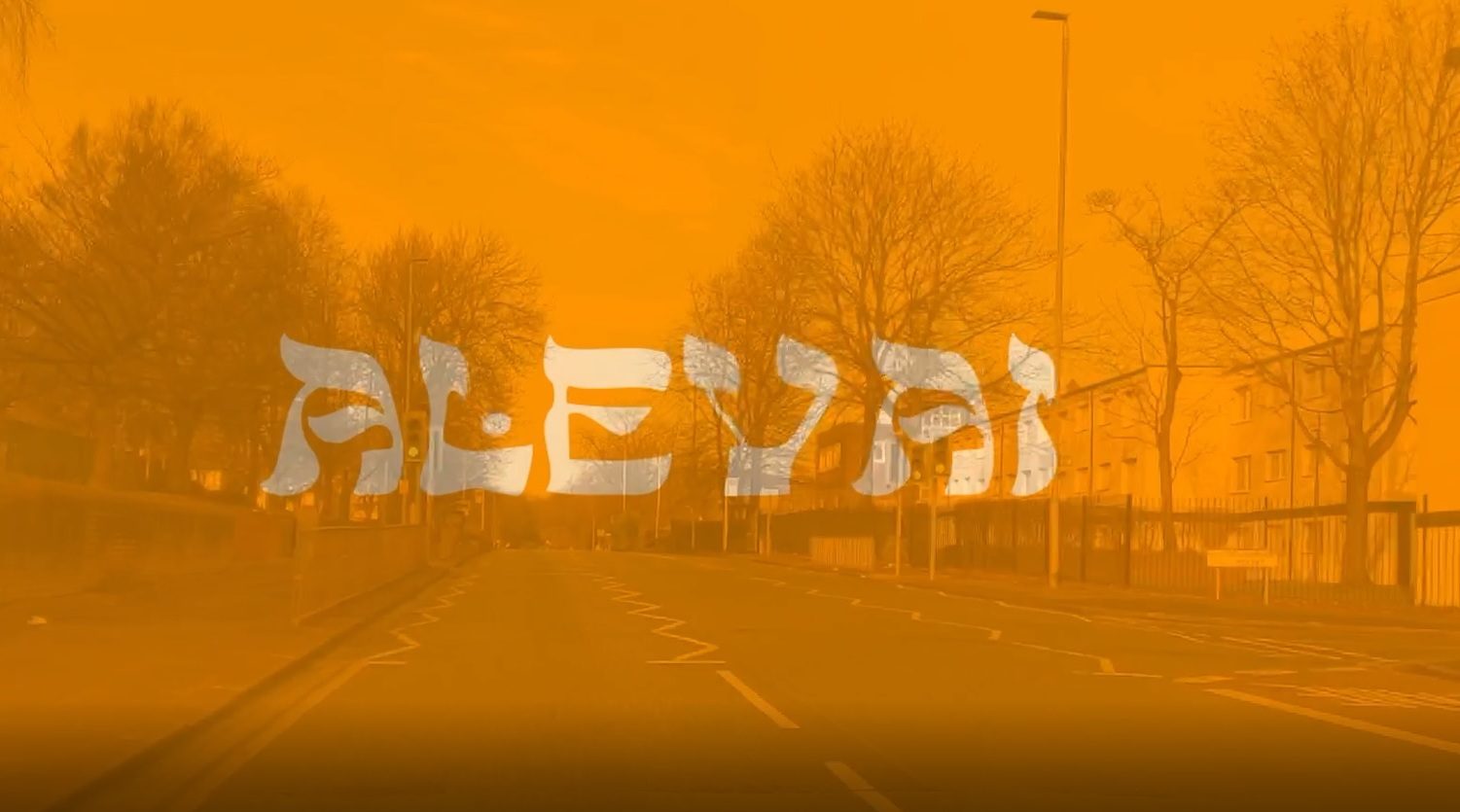 The amusing film, called Alevai and directed by Salford born film maker, Rafe Conn, is now set to be screened at a glitzy premiere at the Manchester Jewish Museum on Thursday 17th November, complete with a live five piece klezma band, Klezmorim of Manchester, a short Yiddish Show with local wit and entertainer Steven Pearlman, and a free copy of the printed Dictionary, launched at the Bury New Road Festival last summer(see here and see here)

Nigel Pivaro, of Italian descent, who tries to get to grips with the pronunciation of the onomatopoeic slang of the language, unfortunately won’t be able to attend the premiere as he’s currently starring in the stage musical The Commitments but will introduce it virtually on the night, and says of the experience…

“I enjoyed it and I’m excited about the project’s potential as it serves to highlight a unique form of linguistics passed down through the generations. As an actor and a journalist I am always interested in diverse forms of communication.” 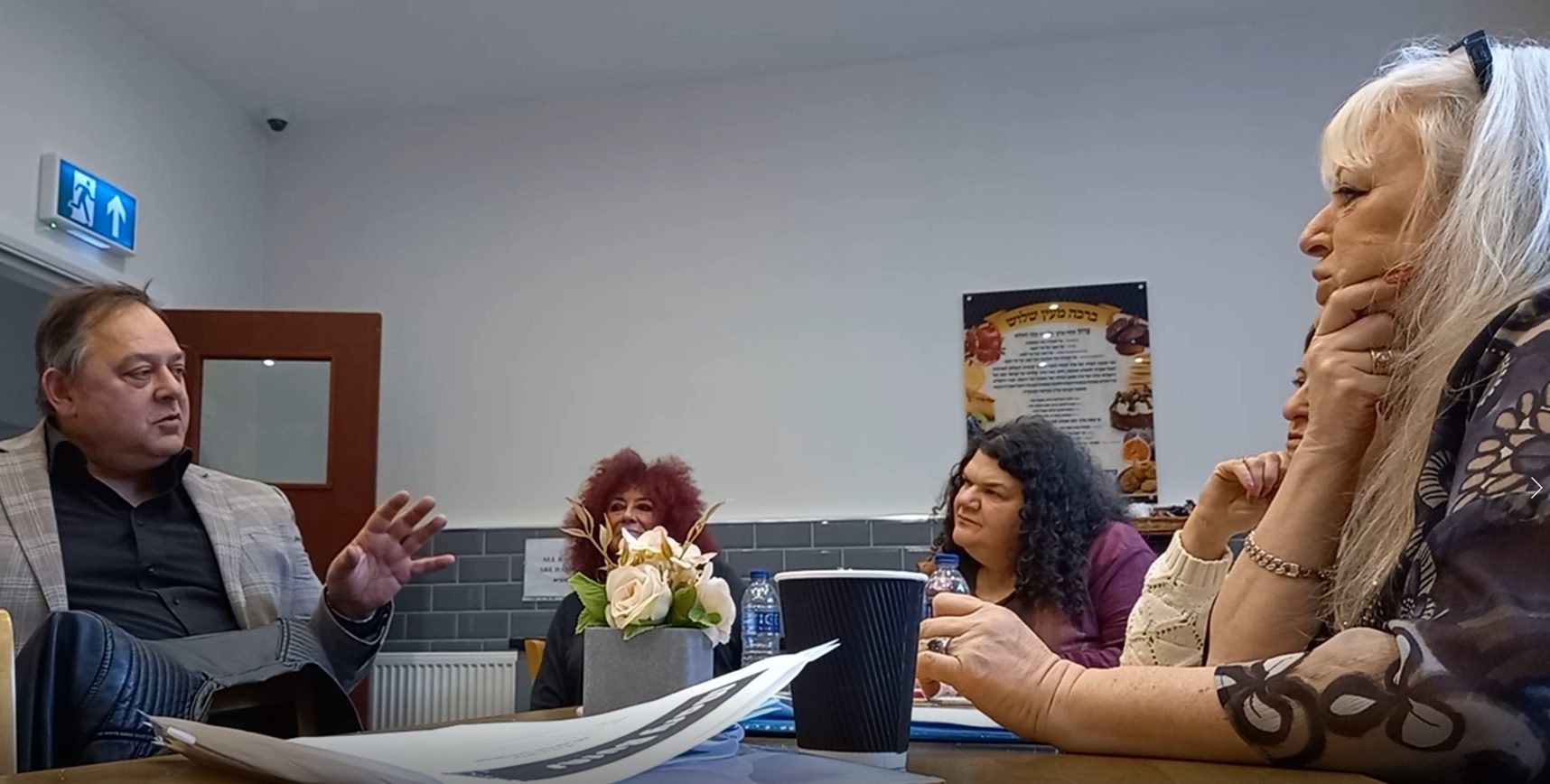 In a series of sessions at the Hazeldean Hotel on Bury New Road, Nigel worked with the women, showing them how to cope with a camera looming at them and role-played Hymie from the bagel shop, encouraging the women to use everyday Yiddish – and then try to explain it!

In the film itself, partly shot by Nigel, the actor appears almost entirely behind the camera, reacting to Yiddish words, like ‘Shmock’, ‘Shtick glomp’ and ‘Shmushke’…

“The group was thrilled that Nigel came down, and everybody got involved as he put us at ease being filmed and interacted with everyone” says Alevai’s Denise Librae “For someone who doesn’t understand Yiddish it is funny that they don’t know what you’re talking about. It was a nice atmosphere and Nigel handled the Yiddish like a convert without the snip!” 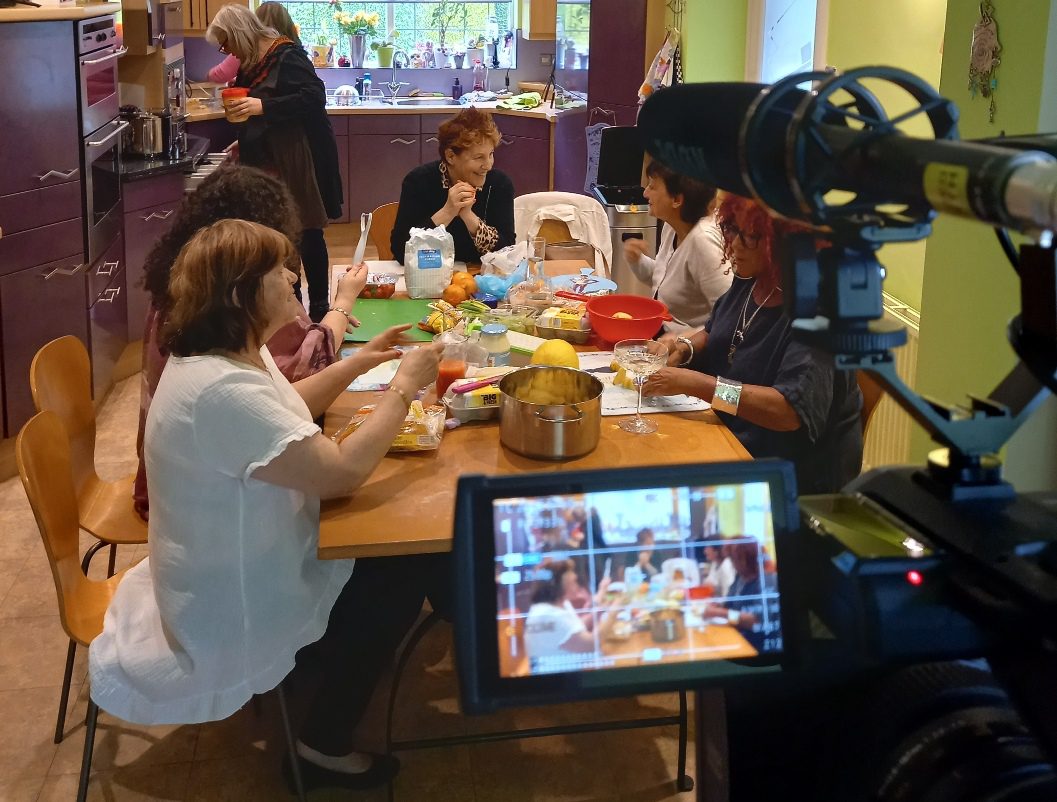 The short film also uncovers the hardships and anti-semitism faced by the women and their families, and has some warm recollections of Bury New Road, past and present. They also have a laugh during the making and eating of a Friday night dinner.

Alevai is being premiered at the Manchester Jewish Museum, and Gemma Meek, the Museum’s Programmes Manager, says that “It is a warm, charming and often comedic insight into the ways these women use Yiddish and brings to life the emotions and senses behind the terms. The film feels like you’re meeting these women and getting to know them as they invite you into their homes and lives. A real celebration of the language and some of the people who keep it alive and evolving!” 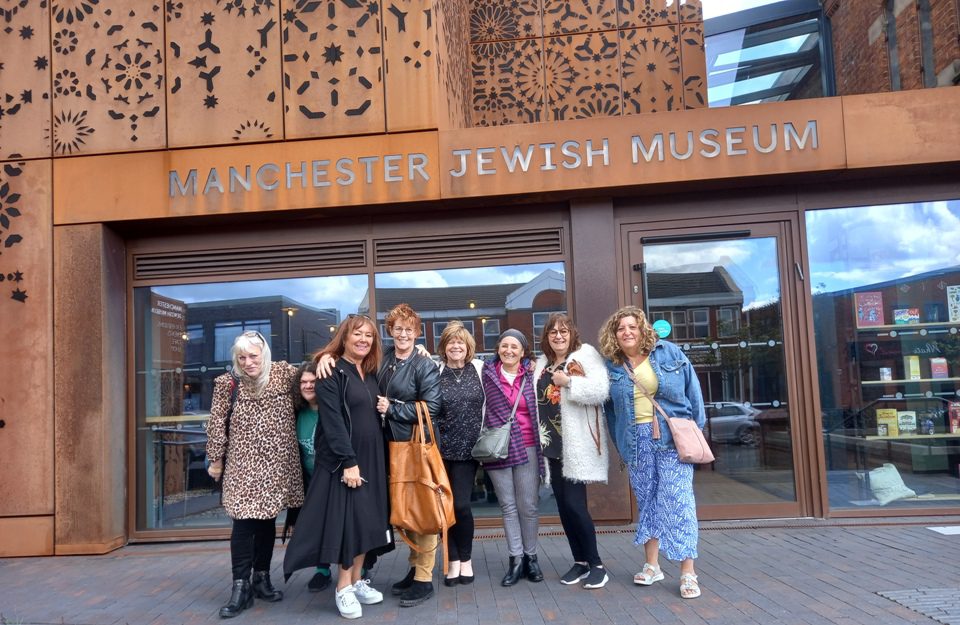 The film is part of the larger Bury New Road Heritage Project, with support from the Heritage Fund, Granada Foundation and Mary Monson Solicitors. 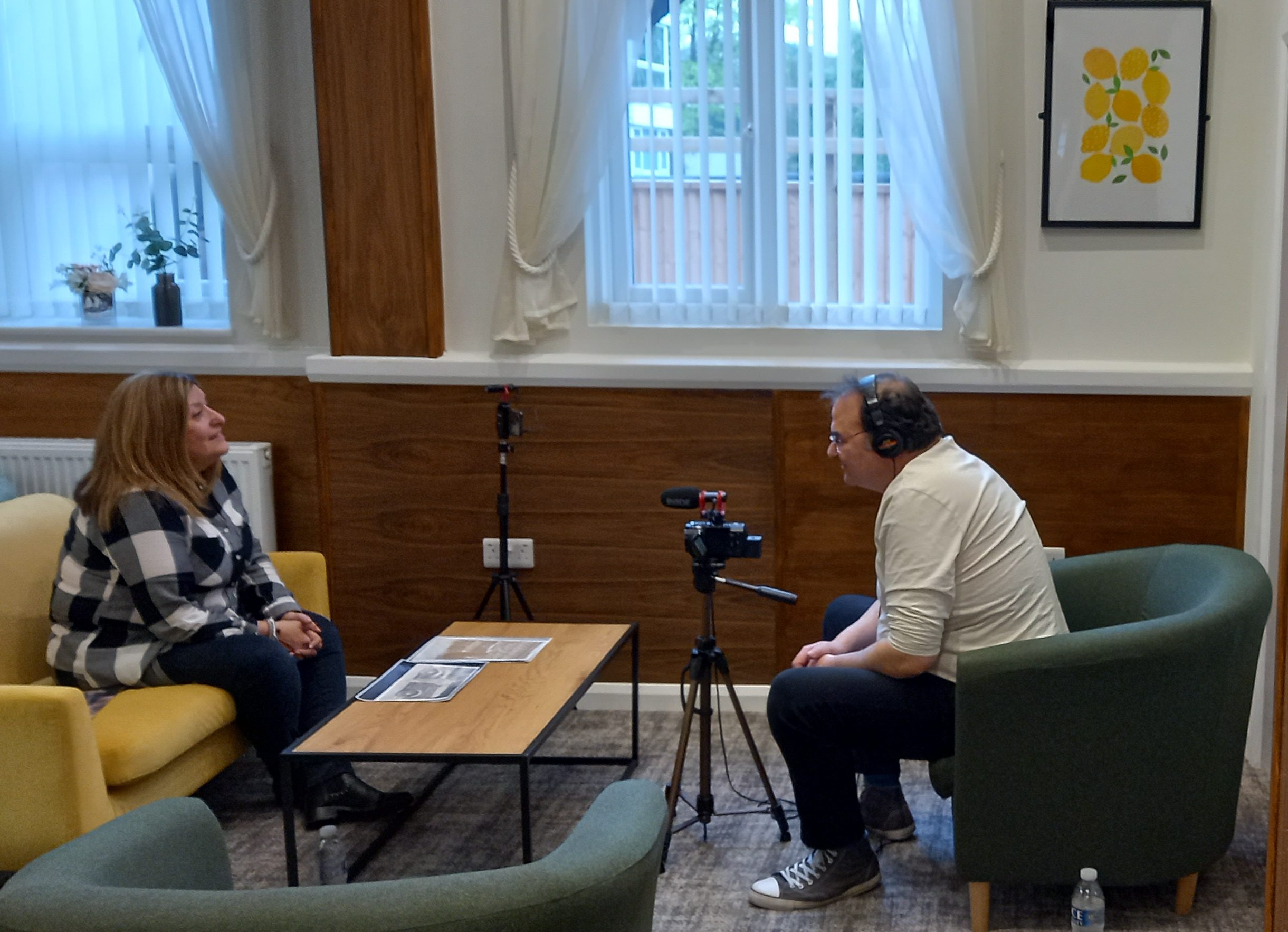 The premiere of Alevai will take place at the Manchester Jewish Museum on Thursday 17th November (doors open 6pm with the live klezma band for a 7pm start). There were a limited number of free tickets available which are now all taken – but check this link to see if there are any returns.

Meanwhile to see the trailer on You Tube – click here 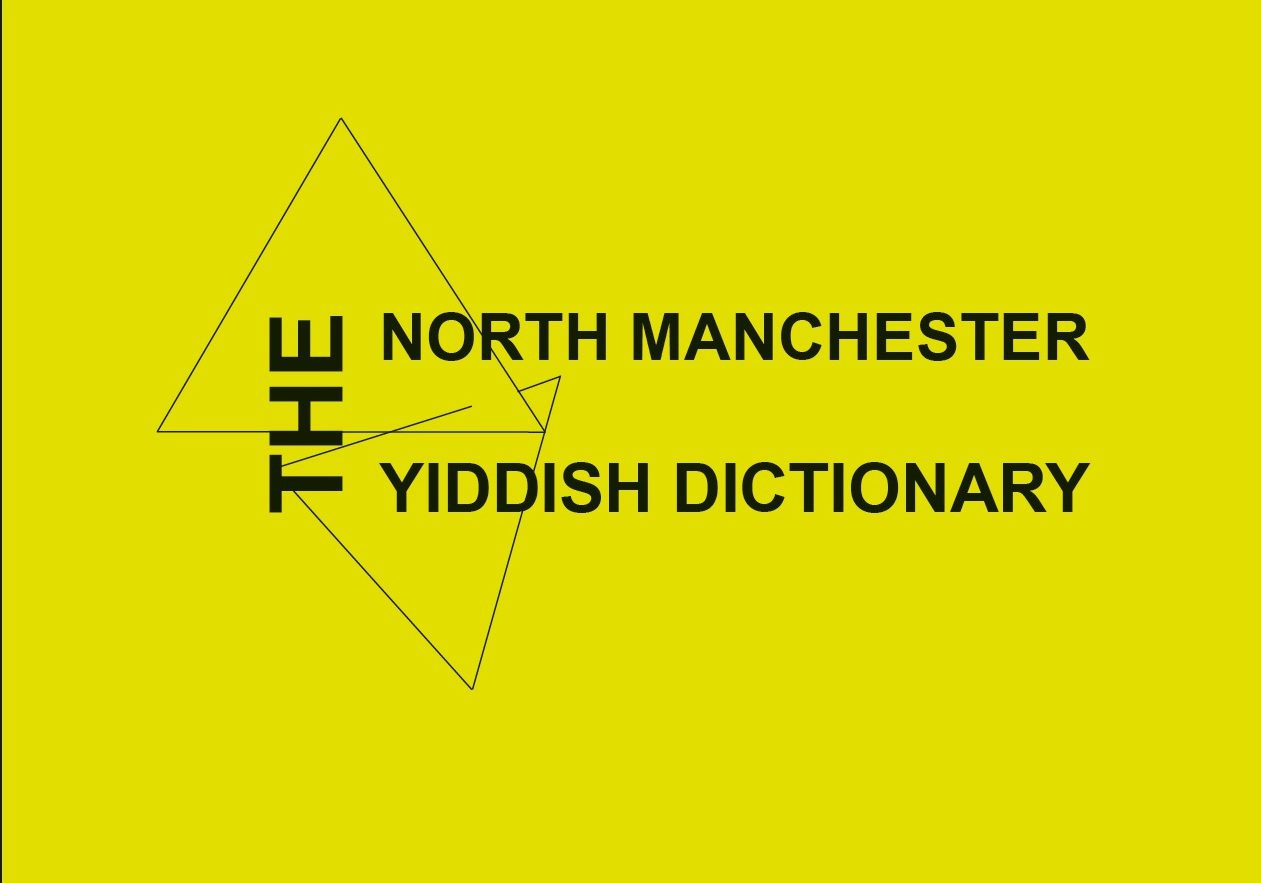 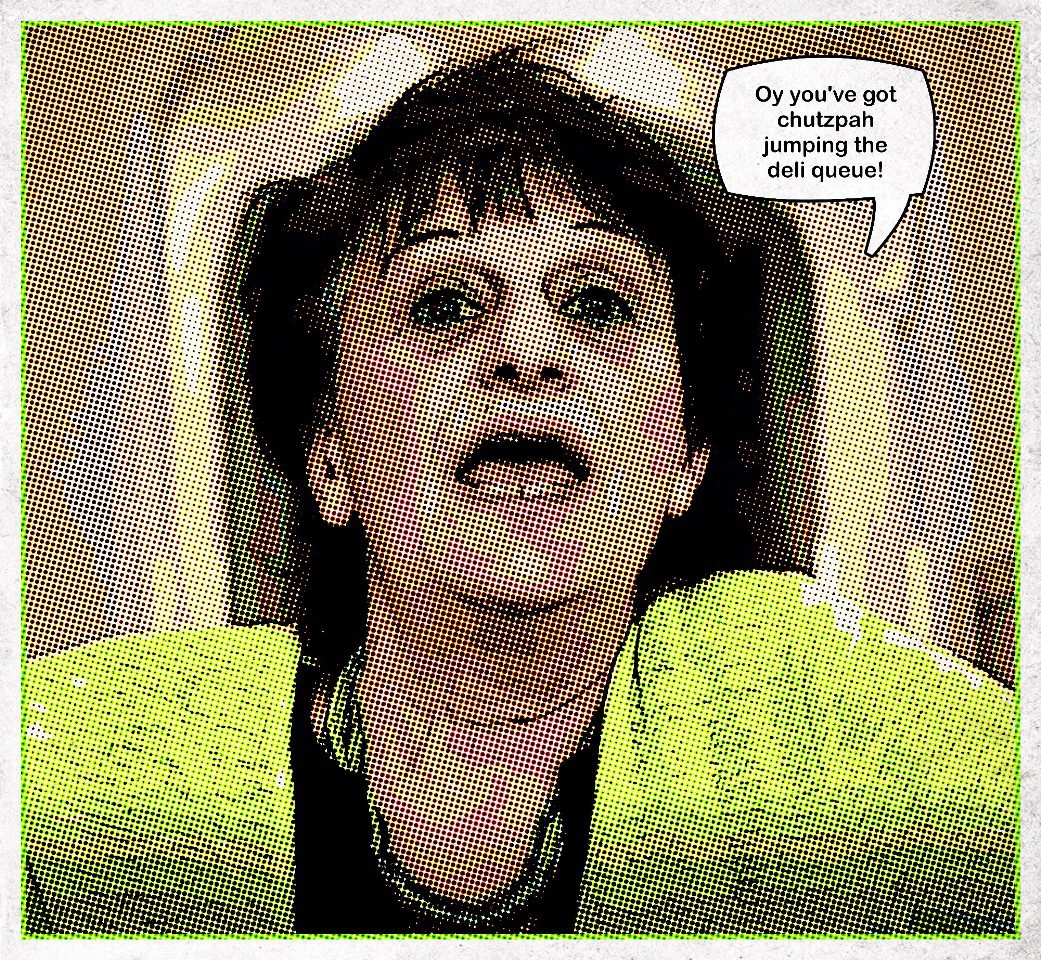