A botanical guide to the flowering plants, ferns, mosses and algæ, found indigenous within sixteen miles of Manchester...

In 1849, Richard Buxton published his classic book A botanical guide to the flowering plants, ferns, mosses and algæ, found indigenous within sixteen miles of Manchester. Here are some extracts relating to Kersal Moor, including a list of all the plants he catalogued from there…

“In the year 1821, I for the most part discontinued making my botanical rambles. This arose from my going to work with a new master, and from my time being very fully occupied, owing to the briskness of trade. But in the spring of 1826, I began again to make frequent excursions. One day in the month of June, in this year, I went to Kersal Moor, and was quietly engaged in botanising on the back part of it, near the brook, at a place now drained and cultivated, where grew a number of my favourite plants… 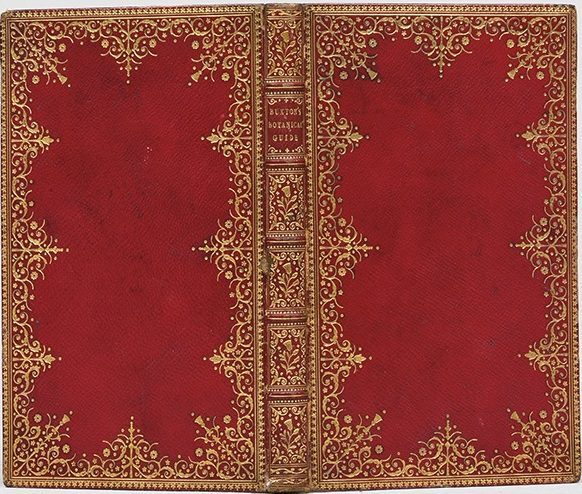 Whilst looking amongst my old acquaintances, I happened to see a person engaged in the same pursuits as myself. I made up to him, and asked him if he were botanising. He replied, ‘Yes, I am doing a little in that way’. I said that I had paid some attention to the subject myself, it was a study which had afforded me a good deal of pleasure. We walked about together on the moor, talking on botany, and observing the different plants as we went along. He asked me where I lived; I told him, in Manchester, but I was a native of that neighbourhood, having been born at Sedgley. I found him just such a man as I had long wished to meet with, not a mere country herbalist, but an excellent scientific botanist. This was no other person than John Horsefield, hand-loom weaver, of Whitefield, the president of the Prestwich Botanical Society; and now the president of the General Botanical Meetings, held at different places in the county, lying between Clayton, Middleton, Newton Heath, Radcliffe, Eccles, and Manchester; a profound botanist… 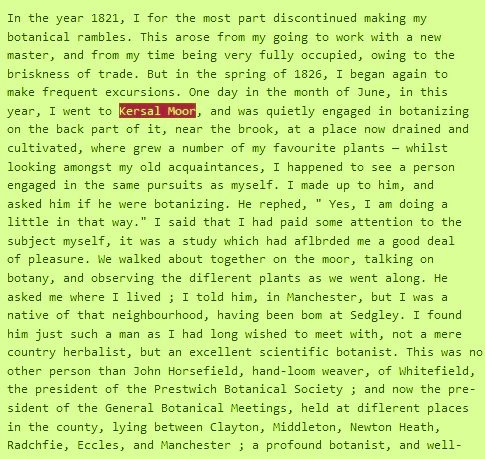 But to resume. I accompanied Horsefield to Hope-square, Sedgley, to see an old botanist, James Percival, who was not then at home, but we went into his garden and looked at his plants. After leaving this place, we parted, and went to our respective homes; however, before we separated, it was agreed between us that we should meet again. Accordingly, in about a week afterwards, I went to Horsefield’s house, and made a short excursion into his district with him. He then proposed an excursion to Baguley Moor, and some other parts of Cheshire, which I was well acquainted with; and we arranged to meet at the bottom of Hunt’s-bank, Manchester, at seven o’clock in the morning of that day week. 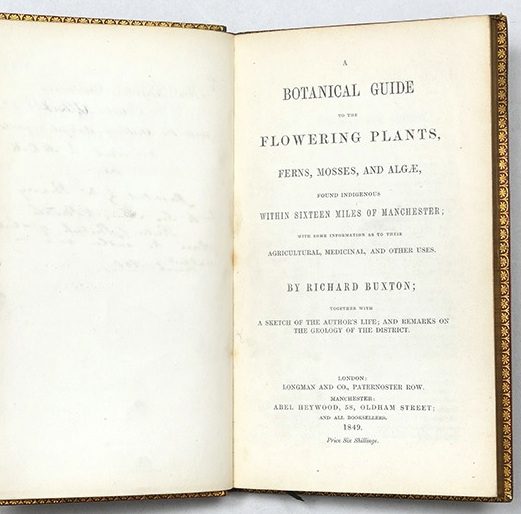 I may as well here mention the reason for James Percival making this journey. Horsefield had mentioned to him the interview with me on Kersal Moor; and how he had found out a botanist, unknown to the rest of the Lancashire working-men of science, of the name of Buxton, who was born at Sedgley, and whose father formerly lived at the Hall farm. Percival, it appears, knew my father, and his father had formerly worked for mine. Under these circumstances, he was anxious to see me; and he said, on making my acquaintance, that no kind of weather would have prevented him from coming with Horsefield to see me. During this summer I made several excursions with Horsefield, to Mere Clough, Clifton Moss, and other places. For several years after this period, owing to a variety of circumstances, I did not pay much attention to the study of botany…”

mon. In and on the margins of ponds near Withington Hall

Moors and rough pastures. Kersal Moor, sparingly. Near the shooting-butts, 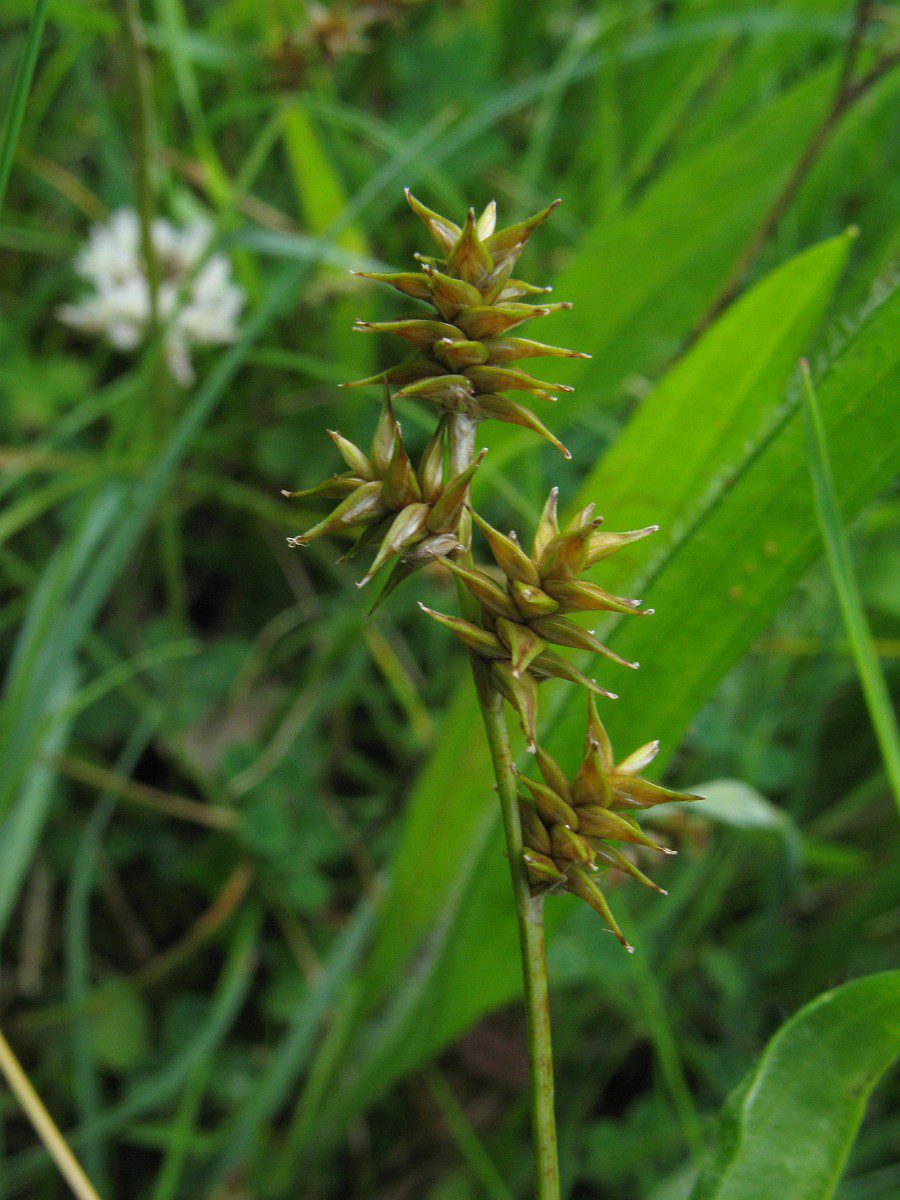 Meadows and hedge banks near Agecroft. Hedge banks near Barlow Hall. Railway banks between Cheadle and Wilmslow. Near the river at Irlam. Banks of a brook near the Old Hall, Withington. Field near the Black Clough, Kersal Moor.

Marshy woods and thickets. Common. Cotterill Wood, plentiful. Reddish Wood. Red-brow Wood, Bent-bog, near Kersal Moor. Sheep eat it ; cows are not fond of it. The young leaves are acrid and bitter but do not taste amiss in salads.

Cultivated fields and waste places, especially on a sandy soil. Lower Broughton and Kersal Moor, plentiful. S. arvensis is a common weed, in sandy soils, in Scotland called yarr, and in Norfolk, pickpurse. It is said to enrich the milk of cows, so as to make it afford excellent butter; and the mutton fed on it is preferable to that fed on turnips

Behind the grand stand, Kersal Moor, in tolerable plenty.

annuus is common throughout Europe on a sandy soil. It flowers about the middle

of summer, and sows its seeds very abundantly in the autumn, which produce a crop of young plants that generally survive the winter, or if destroyed, are replaced by another crop, arising from those seeds that happen not to vegetate till spring. —The

Swedes and Germans receive the vapour from a decoction of it into their mouths, to cure the tooth-ache.

It formerly grew plentifully in two or three places on Kersal Moor, but was destroyed there in consequence of the alterations being made on the race-course.

Cows, sheep, and goats eat it. If a seed be carefully dissected in a microscope, with

a fine lancet, the young plant will be found with its roots and leaves pretty perfectly

formed. A grass of no value as a pasture grass, but only as it grows on such, wet parts as better grasses would not grow on.

The leaves have a slight degree of astringency and bitterness to the taste. An infusion of them is recommended by Hoffman, as a substitute for tea; but it is more astringent and less grateful. It is eaten by cows, sheep, goats, and horses ; swine refuse it.

What Were The Achievements of The Artisan Naturalists? Robert Trueblood explains all – click here.