Back in the unstable era of the mid 1700s, was there a secret tunnel running under Bury New Road used by the Jacobites to slip in and out of city centre Manchester in their efforts to put Bonnie Prince Charlie’s father on the throne? And did Bonnie Prince Charlie himself ride down Bury New Road in his bid to occupy Manchester, and maybe stop off at one of the houses hiding the entrance to the tunnel?

This unknown history of the area has proved a massive mystery to noted historical author, Joy Hancox, who has been intrigued since discovering in the late 1960s that her house, next to what is now called Jacobite Close, and which was also on the old Roman Road, hid the entrance to a tunnel. It’s a remarkable story, and one that has occupied Joy ever since, spinning off into even more remarkable events that have been documented in five books.**

“We moved into the house in the late 1960s; we were a young married couple who bought it because we thought it was pretty” Joy recalls “We had no idea of its history, and we had a mortgage the same as any other young couple. It was only after some time that, as we had no central heating, we felt we could afford to have it installed and it was during that installation we discovered that it wasn’t really quite as the deeds stated, that this was a 1923 house.

“The engineers thought that they were going to be dealing with 1923 flues, but during the installation they discovered that they were Elizabethan” she adds “So what should have taken them around ten days for the installation took seven weeks, and it was during that time we realised that the house wasn’t really what we had thought it was – a pretty house that in some way had been adapted.

“The engineers found certain changes and artificial walls and things underneath the back of the house, and even found steps that led to a bricked up wall and a priest hole seat in the chimney breast…It became a matter of intrigue. I have an insatiable curiosity and started to look into the area.”

Joy found that the house was originally part of a larger estate, and a neighbour told her that at one time there had been a tunnel going from the house down Bury New Road as far as Chethams Library… “I didn’t know whether to believe it or not – it sounded a bit Enid Blyton-ish to me” she says “At the time I was working in education and thought ‘Can I talk about this or not? Perhaps not, it sounds like a bit of a fairy tale’.”

The neighbour, however, insisted that it was true, so Joy tracked down a member of the Darlington family, which had originally bought the estate, and learned that the house was historically the home farm of the Clowes estate, and that he remembered his father coming home saying they had found the entrance to the tunnel.

“We did come to learn that the entrance was at the external wall, which also abutts onto the Roman Road which went from Deansgate to Ribchester, and comes right alongside my house” Joy explains.

Further excavations of the house and sixteen tons of rubble removed from the cellar revealed stairs going up to an old brick tunnel that had been filled in and walled off. The mystery became even more intriguing when Joy checked tenant books for the house going back centuries, and discovered that Thomas Siddall (or Syddall), a barber, prominent Jacobite and officer in Bonnie Prince Charlie’s Manchester Regiment, tenanted the property, then called Broughton Hall Farm, from 1729 until 1746 when he was arrested and executed for treason. 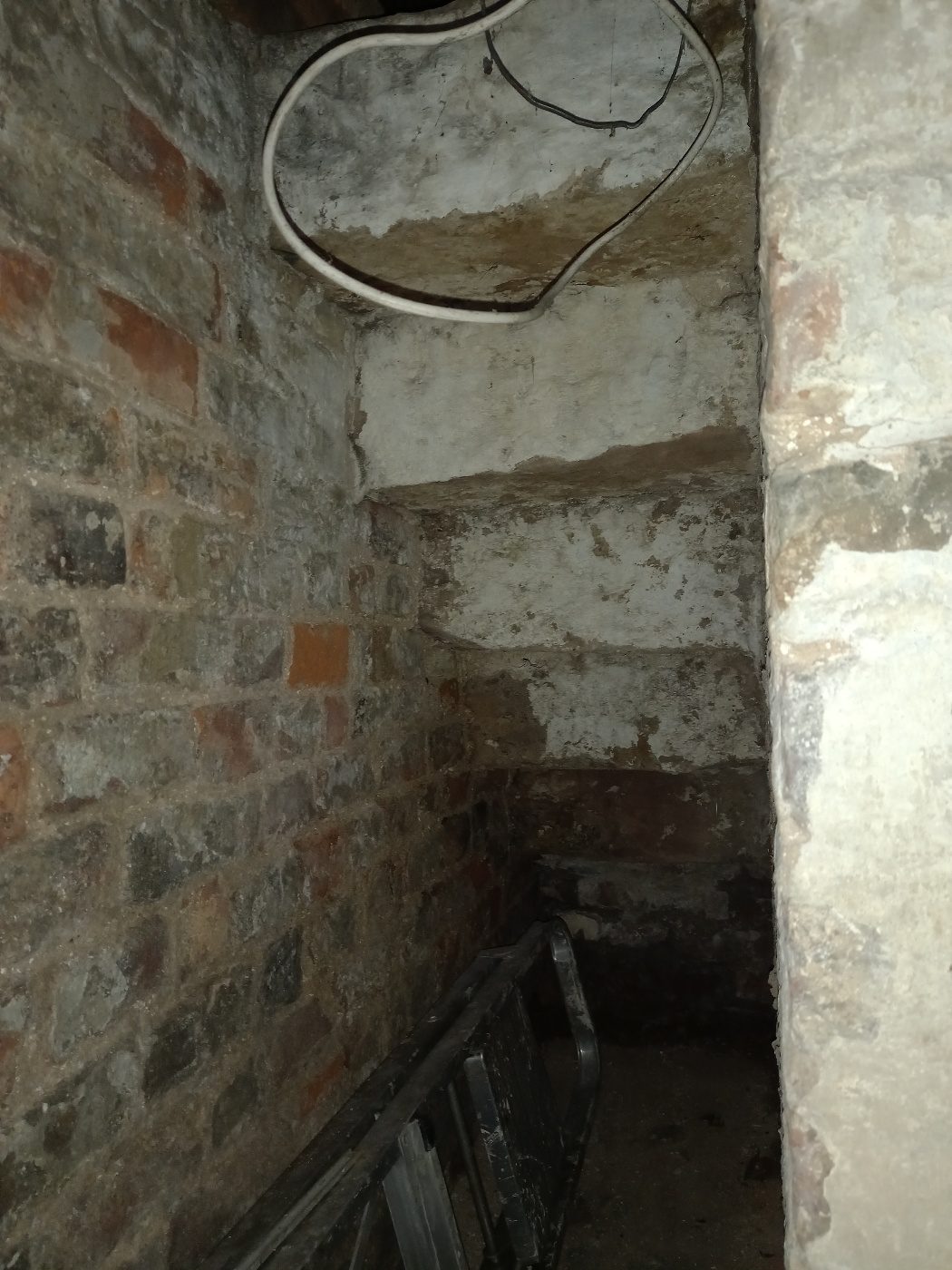 Siddall’s father had been similarly executed following the Jacobite rebellion of 1715, and he had vowed to get revenge. The house was apparently a secret meeting place for other Manchester Jacobites, and it is said that the tunnel linked the farm with the city centre, where Siddall’s barber shop was located near The Shambles.

Meanwhile, in November 1745, Bonnie Prince Charlie, or Charles Edward Stuart, and his Jacobite army, intent on putting Charlie’s father, James Stuart, on the throne, marched from Scotland, via Lancaster and Preston, to Manchester. It is reported that on 27th November, just two members of the army – a sergeant and a drummer – and the sergeant’s girlfriend, Preston Peggy, rode into Manchester proclaiming King James III, and recruited around eighty men.

The following day, 28th November, the Prince and his three thousand strong army arrived in Manchester, almost certainly heading down what is now Bury New Road. Did he stop off at Siddall’s gaff en route? “I do believe it’s quite possible that Bonnie Prince Charlie did come here, but it’s not a fact” Joy concedes.

The Jacobite army only stayed in the city for several days, before marching on to Derby, followed by a retreat northwards, via another stop in Manchester. After this rebellion failed, Thomas Siddall, on horseback, was said to have been chased by a mob down Market Street and into St Ann’s Square where he disappeared, perhaps down the tunnel and to freedom. Unfortunately, Siddall was later arrested and executed, his head ending up on a pole outside what is now Marks and Spencer, later being stuck on a stake outside St Ann’s Church.

Joy doesn’t believe that the Bury New Road tunnel, at six feet by two feet, was built for the Jacobites, but that it was possibly originally part of a drainage system, with a minor connection to her house. The tunnel story is backed up by other recollections from local people of entrances in Devonshire Street, at Bella Vista and The Grove pub on Bury New Road, revealed in the book Underground Manchester by Keith Warrender…

“I can tell you for certain about a tunnel at Devonshire Street” recalled Mrs Flynn, who lived on the corner of Rigby Street and Devonshire Road. She was four when her brother’s friend found “a cellar with a bricked up tunnel…my father said it was a tunnel going to the Cathedral…” 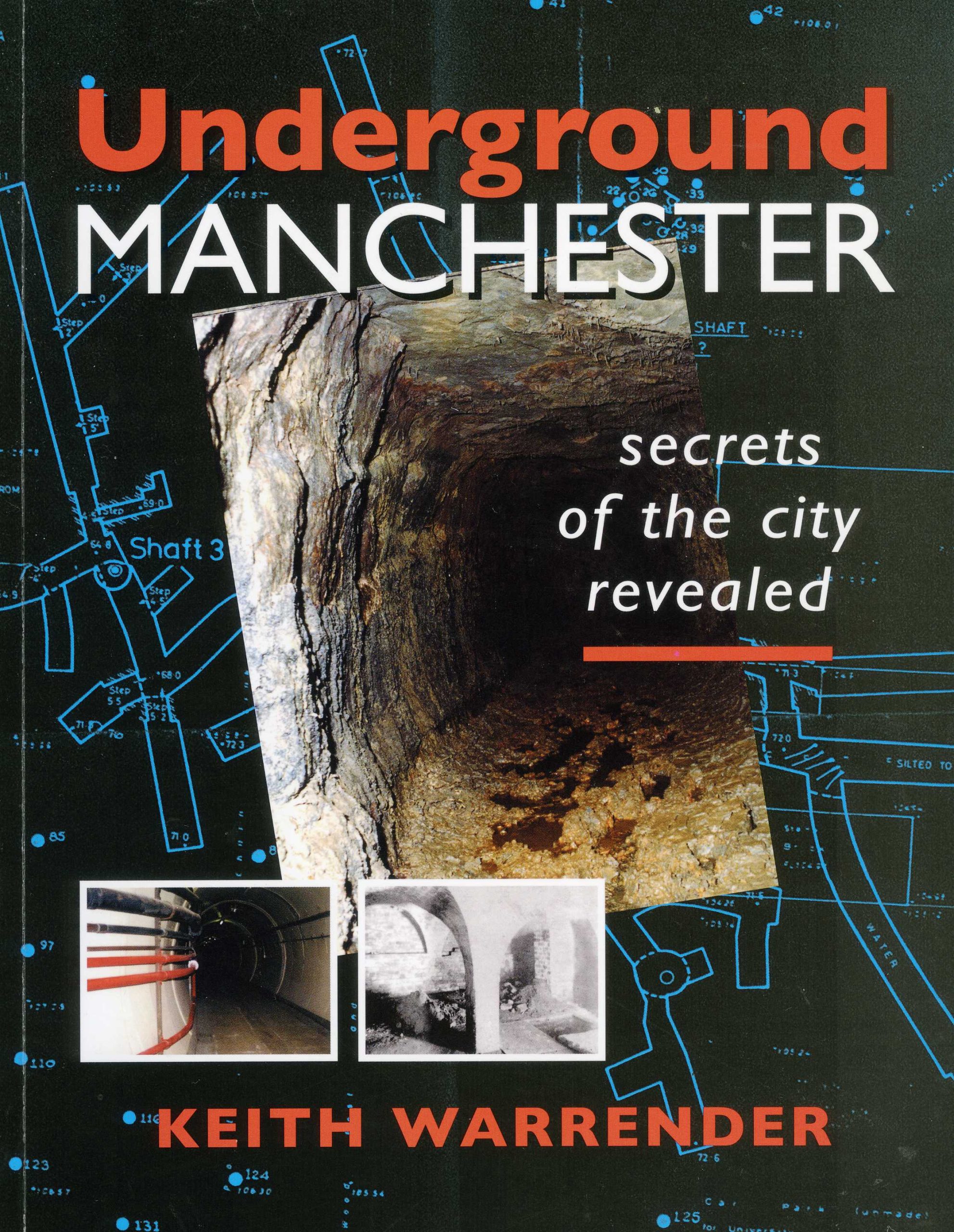 Meanwhile, a Mrs Weatherby recalled how, at age nine, she was dared to enter a ‘haunted house’ on Devonshire Street, but her and her friends stumbled into a tunnel in the cellar and got lost, before being rescued by the police, who had started searching from a tunnel under The Grove Inn, at the suggestion of the girl’s mother who recalled that she had walked underground as a child from Kersal Cell to the Cathedral.* Led by the police, the children emerged from the Devonshire Street stretch of the tunnel into a house on Bury New Road opposite what was to become The Rialto.

Another recollection of the tunnel is by Betty Crooke, who attended Broughton High School, located in a huge house previously known as Bella Vista on the corner of Broom Lane and Bury New Road, and on the site of the former zoological gardens. She remembers getting detention for going down into the school’s cellar and seeing the entrance to the tunnel. She was later told by her history teacher that the bricked up tunnel originally ran to the Cathedral.

Joy also recalls that when Jacobite Close was being built, workers spoke about finding the entrance to the tunnel at The Grove…

“I would think that because of the house’s position as the highest point in Manchester along with Kersal Moor, you can bet there was a bit of something here” Joy concludes “I do think this house has got its own historic associations and ghosts in it. I feel a presence here that goes back for hundreds of years. A lot of people who have known me over the years say ‘You had to go there, it was part of your destiny to do that’…”

Indeed, Joy’s relationship with the tunnel and the Jacobite history has spun off into five historical books, piecing together events linking John Byrom, Thomas Siddall, the Queen of England and more…**

Before Thomas Siddall went on trial in London for treason, a letter was sent to the Secretary of State revealing that, if investigated, Siddall knew enough to save himself and twenty others from the gallows…“His wife was expecting their fifth baby at the time of his execution and I thought ‘How could this man not save his own skin because of his loyalty to some cause or other?’” Joy asks “He was executed because he didn’t betray the loyalty that he was part of, and I didn’t know at the time to whom he made a promise. I’ve spent years finding out what that was. I made a pledge to find out what that secret was…” 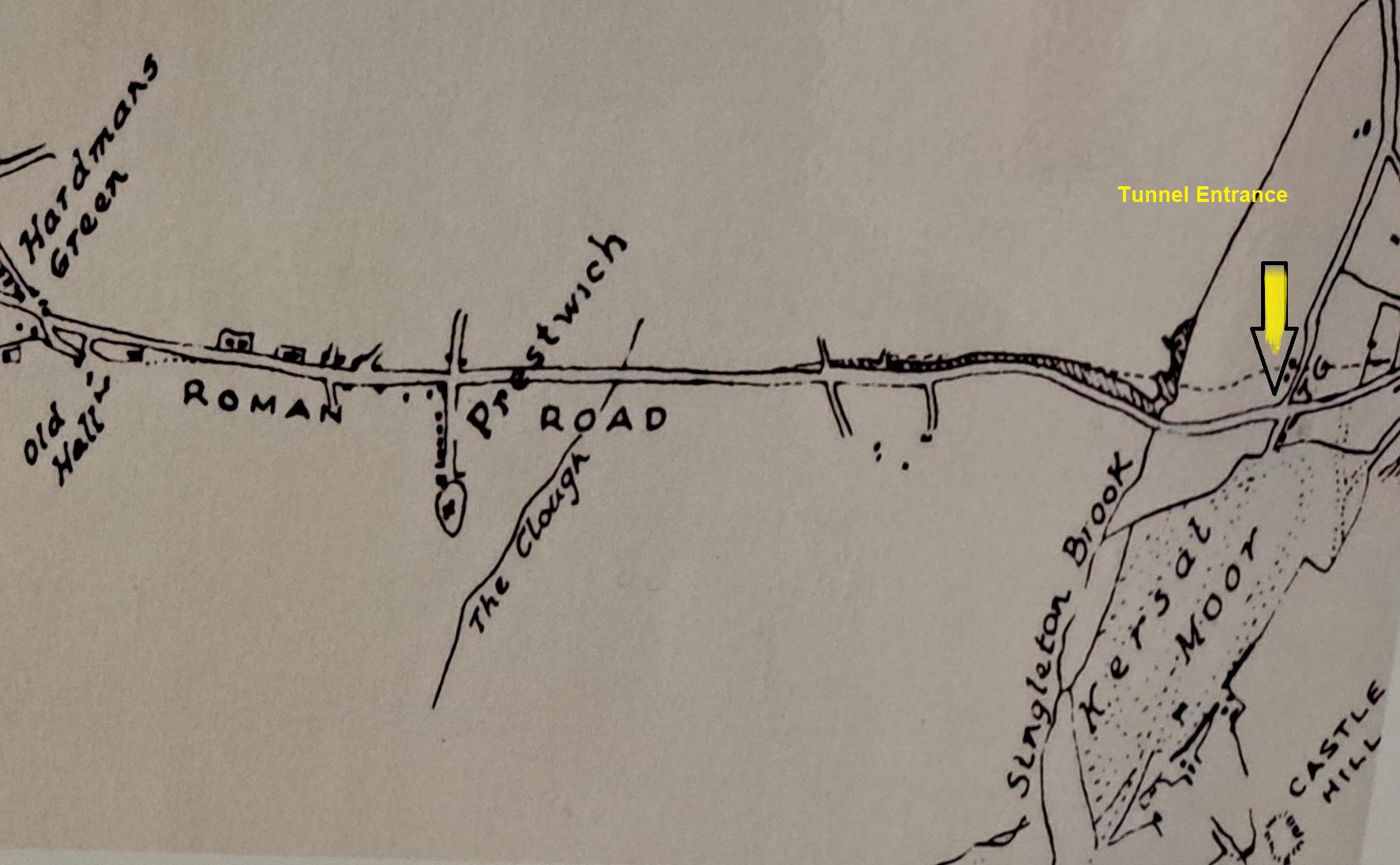 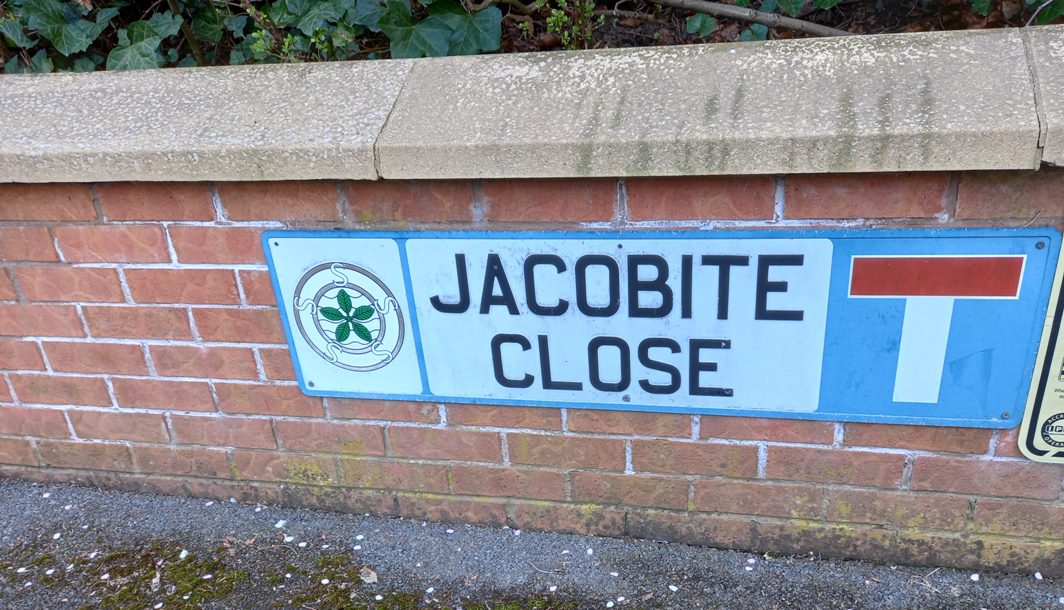 The Hidden Chapter: An Investigation into the Custody of Lost Knowledge – click here

The Byrom Collection And The Globe Theatre Mystery – click here

Kingdom for a Stage: Magicians and Aristocrats in the Elizabethan Theatre – click here