What is it? The address is 17 Northumberland, Higher Broughton, now an orthodox Jewish synagogue run by Machzikei Hadass. It was previously the Northern HQ for the pro-Nazi, anti-semitic British Union of Fascists, or BUF.

Where is it? Just off Bury New Road, half way up from Newbury Medical Practice and Brentnall Primary School. 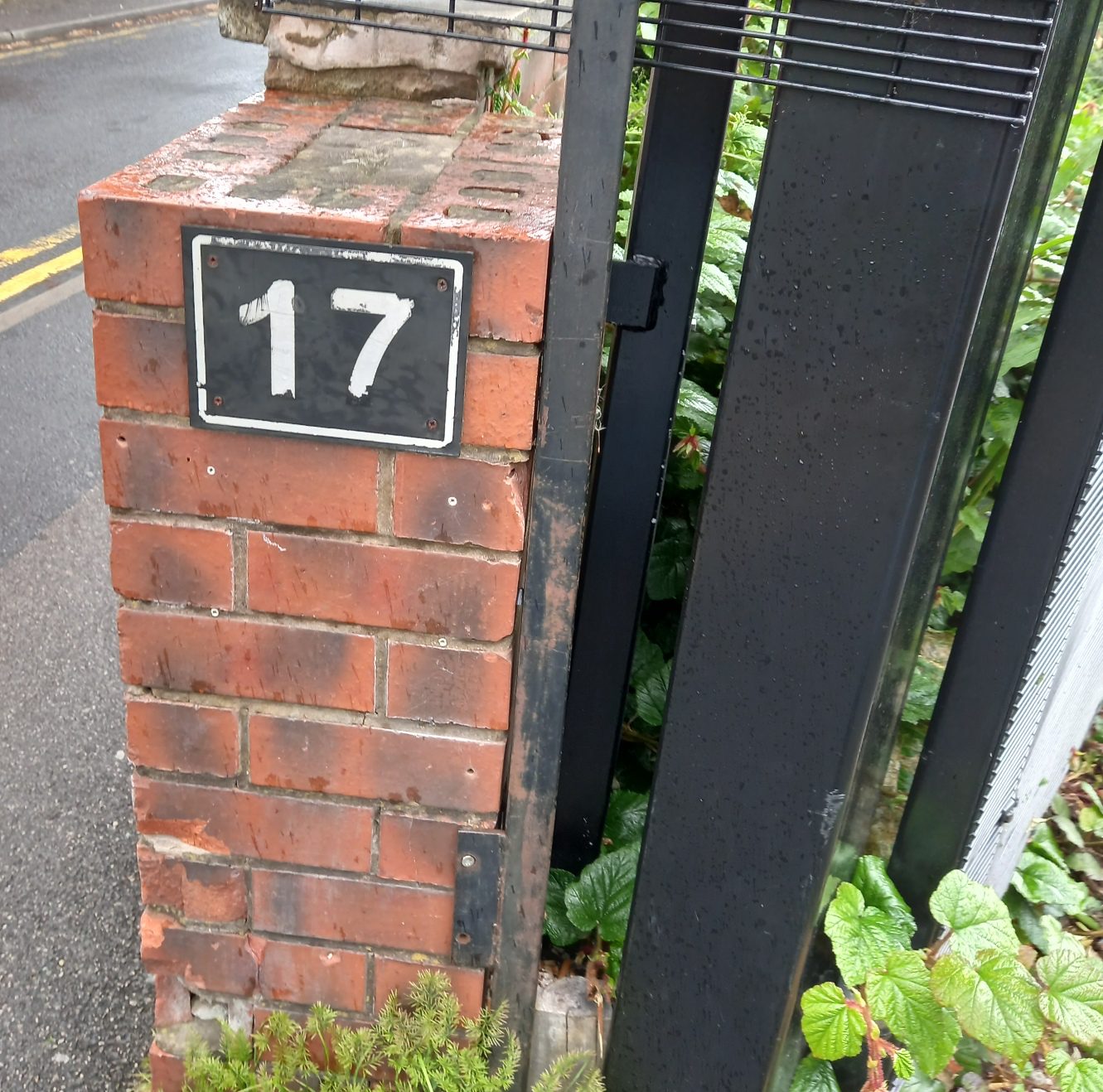 What is its history?

Originally built as a villa in the late 1870s for a wealthy merchant, from 1881 to 1908 it was occupied by chemist, Isaac S McDougall, and from 1908 by a paper merchant’s family called Leete. From 1914 to 1934 the house was owned by a ‘Managing Director’ called Cyril Dodd…and then in 1934 it became the Northern regional headquarters of the British Union of Fascists, opened by Oswald Mosley.

Hilda Cohen, lived at 35 Northumberland Street, and in her 1989 book, Bagels with Babushka, gives an eye witness account of the HQ opening, seeing Mosley ‘flanked by two columns of his blackshirts in full uniform’…

“I came face-to-face with an old school friend” she adds “She was enthusiastic about a new club she had joined called The Youth Front Against Fascism and War, which was situated over Syd Abraham’s garage in Waterloo Road. She asked me if I’d like to go and I agreed. It was a social and political club whose members, many of them Jewish, were very concerned about the growth of fascism in Europe and particularly about the way it was manifesting itself in this country under the leadership of Oswald Mosley.”

“The BUF had expanded rapidly in the city between October 1933 and June 1934” states Yaakov Wise in his essay Fascism in Manchester, for the Centre for Jewish Studies “In November 1934 there was fighting between the fascists and the Jews when the BUF had marched ‘through the Jewish areas of the city’.”

Meanwhile, Maurice Levine, a local Jewish member of the Young Communist League who lived on Waterloo Road, Hightown, and was later to fight in Spain against Franco, recalls the local BUF in his autobiography, From Cheetham to Cordova: A Manchester man of the thirties…

“A favourite café of theirs was Walter’s on Great Ducie Street near Victoria Station, and they would walk through Strangeways along Bury New Road to Northumberland Street to provoke the Jewish population – they would often be scuffles with the inhabitants of Strangeways, who were very sensitive to the menace of fascism in their midst.”

Levine also adds an account of how BUF members attempted to break a strike at Richard Johnson and Nephew in Openshaw, after he had followed the strike breakers back to the Northumberland Street HQ.

Martin Bobker, later treasurer of Anti-Nazi League, had been active in the Young Communist League in the 1930s when the Cheetham branch was one of the largest in the country…

“He used to tell the story of standing on a soapbox outside Strangeways doing a street meeting opposing the Mosleyites in the 1930s, and, just as the police arrive, his best mate knocks him off the soap box and takes his place…so it’s his mate who gets three days in jail and gets the reputation of being a class hero!” recalls Geoff Brown, former Anti-Nazi League organiser and social historian.

Another Anti-Nazi League founder and veteran from those days was Joe Garman, a member of the Young Communist League’s Challenge Club, which, unlike the Jewish Lads Brigade and other societies, was “a means to struggle against fascism” and lots more…

“The Challenge Club became, oh, not only a political club. It was far from that” he recalled in an interview with Sharon Gewirtz “There’d be readings there. There’d be lectures on various things. There’d be rambles…It was all coupled with this anti-fascist business…Somehow or other it wasn’t separate. Literally, one can say that if you were playing table tennis you were playing it with an anti-fascist feeling about it. You didn’t separate things…The theatre was part of the struggle against fascism…everything was linked together…”

Geoff Brown further explains that “The fascists were a serious force in 1934 when Mosley sets up the BUF and gets a huge amount of financial support. Being a Manchester family, he picks Manchester as the place to have his second largest presence after London, establishing a barracks in Northumberland Street, where, effectively a paramilitary organisation is set up.”

Even Manchester’s Chief Constable Maxwell was concerned. In a secret memo to the Home Office, uncovered by Geoff Brown, he wrote that the fascists were adopting “a policy of deliberate provocation of the Jews. Parties of fascists in uniform visit the Jewish quarter and make insulting remarks which lead to outbreaks of disorder…One cannot exaggerate the threat posed to a Jew by a group of Blackshirts in military formation marching through a Jewish area chanting ‘The Yids, the Yids, we’ve gotta get rid of the Yids’…”

Unlike in London, the Manchester police intervened in fascist meetings, ejecting over 100 BUF stewards at the Free Trade Hall in 1933 and refusing to allow the fascists to meet in publicly owned buildings…Although, in 1934, the local police also banned all marches in the vicinity of Belle Vue where the fascists had permission to hold a rally, which was seen as discriminating against the anti-fascists…

Indeed, the Manchester Guardian reported at the time that “Inside Belle Vue, the police had made delectable arrangements for the comfort of Sir Oswald Mosley’s party…” The report adds that ‘Signor Mussolini and Herr Hitler’ “will have learnt something interesting about the standing of fascism in this part of England…”

The North Manchester Coordinating Committee Against Fascism which sprung up in 1936, was a popular front, including trade unions, the Labour Party and the Communist Party, and began to organise protests, while, later that year, Manchester become the first council in the country to ban the wearing of political uniforms at public meetings.

Geoff Brown explains that “The paramilitary side is stopped following the Public Order Act after the Cable Street battle in London, but up to that point Mosley was able to parade his thugs, who weren’t hard to recruit with mass unemployment at that point…But he has to sack them after the Communist Party are able to challenge his first big rally at the Olympia Centre in London, where the Blackshirt stewards, who Mosley nicknamed his ‘Biff Boys’, are so vicious that the reputation shifts quickly and a lot of the money disappears. So Lord Rothermere, who was initially quite happy to fund them and has the headline Hurrah For The Blackshirts in his Daily Mail, withdraws his money and in that crisis the numbers of ‘Biff Boys’ goes down.” 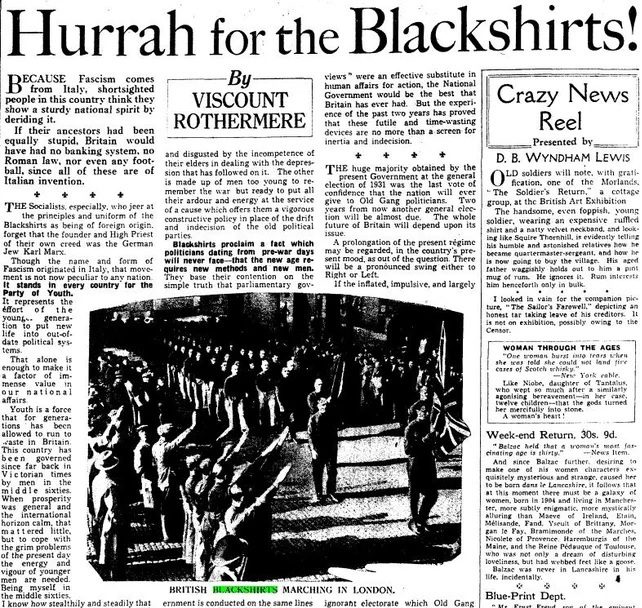 At its height, there were five senior BUF officers at the Northumberland Street HQ, each with their own personal secretary; plus two or three accounts clerks; one press officer; two or three mail and register clerks; one van driver and four orderlies and messengers. However, by 1937 the BUF had been made illegal and Mosley sold the property to furniture importer and wholesaler Abraham Jacob Pfeffer, who rented it to the ultra orthodox Jewish organisation, Machzikei Hadass, which bought it two years later for a nominal sum.

Meanwhile, ex-Northumberland Street official, F Haslam, stood as the BUF candidate in the infamous Middleton and Prestwich parliamentary by-election of 1940, and got 418 votes against the Conservative’s 32,036. There were no other candidates as Labour and the Liberals stood down following the death of the standing MP. A day after the election Mosley and the other BUF leaders were arrested in London and the party collapsed.

MI5 constantly monitored Mosley’s movements, and a report from the time explained that “The most noticeable feature of the speech was that Mosley repeatedly made venomous attacks on the Jews.” Another added that “The significant feature was to express determination to defeat the enemy (the Jew) if not by the ballot box then by other and more drastic means, a sentiment cheered to the echo.”

MI5 files also reveal that Lady Mosley was “far cleverer and more dangerous than her husband and will stick at nothing to achieve her ambitions”. She is said to have been the “principal channel of communication between Mosley and Hitler” before the war. Her sister, Unity Mitford, was even closer to Hitler and in a file on her, it is said that she is “more Nazi than the Nazis”.

In 1959 Mosley makes an attempt to return in the General Election in London but doesn’t do very well and there is also an attempt to rebuild in Manchester, with pro-fascist graffiti seen in Prestwich, while Mosley gives speeches in the towns around Lancashire and Greater Manchester.

However, the attempted early 1960s revival was opposed by working class organisations and Manchester AJEX, the Jewish ex-serviceman’s group…

“I remember my dad allowing me to go out with him and a group of AJEX members at first light to paint out pro-Mosley graffiti on the wall of Heaton Park” says one activist who was about six at the time “He also used to go out to town squares in places around Lancashire and stand on a soapbox opposing Mosley’s people. He’d leave me in the car and then jump back in after about half an hour and we’d speed off. He told me at the time it was detective work but when I was 18 and in the Anti-Nazi League he told me the truth…”

There’s hardly anything left of the original buildings at 17 Northumberland Street, now still a synagogue for Machzikei Hadass, in what is one of the great ironies of Manchester and Bury New Road history… 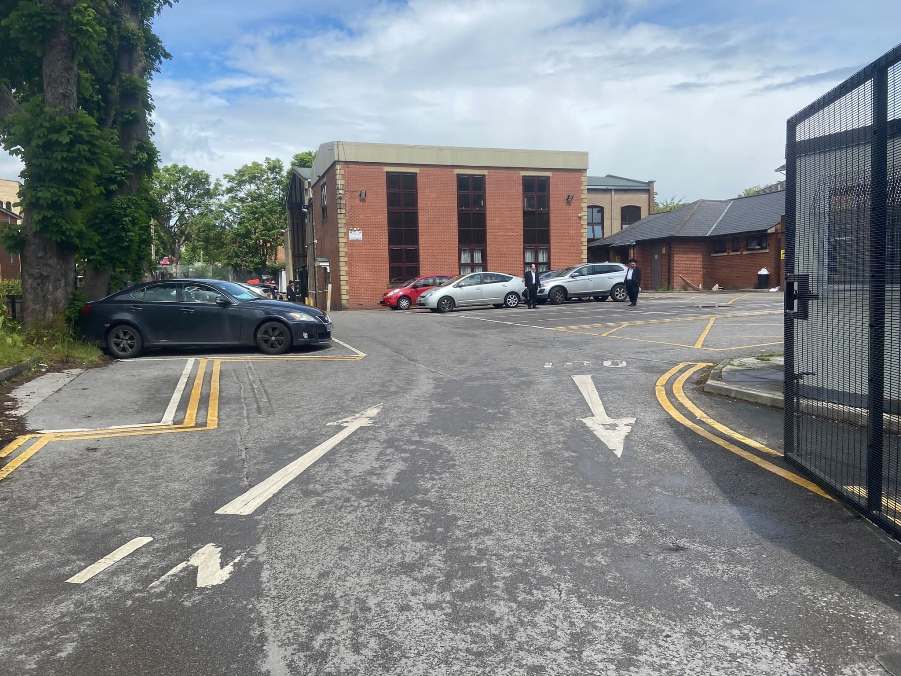 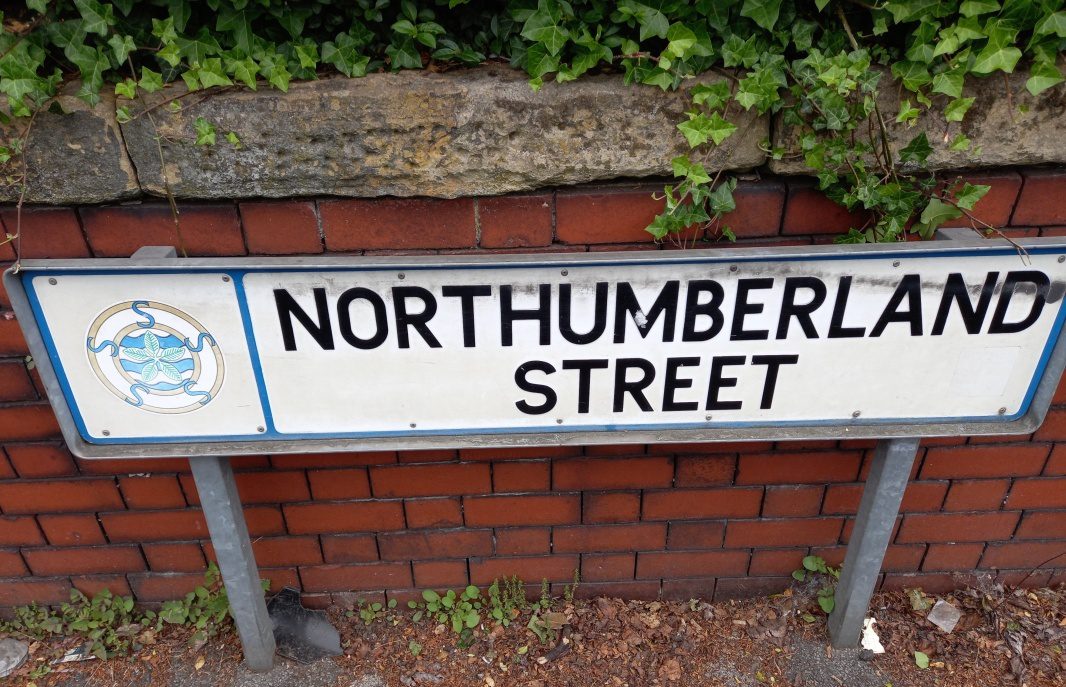 “It is quite nostalgic but at the same time we are aware of the changes in the city region and we as a cathedral need to evolve with it...” Rogers Govender, Dean of Manchester

With some great music, poetry, talks, exhibitions and the Yiddish Dictionary launch, the Bury New Road Festival brought the best of Prestwich and Salford...