Bury New Road has a history of trade union and radical action, from the Chartists meeting on Kersal Moor back in Victorian times and demanding the vote, to Friedrich Engels living, writing and researching on the Road in Strangeways, to the founding of the forerunner of UNISON in the early 19th Century at the Mason’s Arms.

This week, all along the Road there’s been strikes and rallies, with people demanding a better standard of living and basically saying ‘Enough Is Enough!’...

This morning, pickets were out in Prestwich at the Royal Mail depot on Kingswood Road, while BT Open Reach workers were picketing outside the exchange in Sedgley. And last night, a rally of almost two thousand people launched the Enough Is Enough campaign inside and outside Manchester Cathedral at the start of Bury New Road.

“All that’s left to do is stamp your feet and say ‘No more!’” explained Paul Rowe of the CWU, on the picket line at Prestwich Royal Mail...

“This isn’t just about the pay, it’s about the strings and conditions attached to that, as in, they want us to start working Sundays, they want us to work later on into the evenings and want to take away our sick pay” he added “They offered 5.5%, 2% of which they’ve already imposed on us, and if we want to get the rest we have to accept those conditions. But even the 5.5% isn’t nearly enough…”

This is the second day of action with more planned for next Thursday and Friday, and the public is certainly backing the workers, given the beeps of support from passing cars, Paul added…“There’s a great deal of support, people are honking their horns, waving and bringing us cakes and nibbles”

Meanwhile, on Bury New Road in Sedgley, BT Open Reach pickets were also generating loads of public support for their picket line outside the BT exchange, right opposite Parkgates which used to be the HQ of the EETPU electricians union.

“We’re striking because the CEO of the company has taken a 32% pay rise and paid out £700m in dividends yet he won’t give us an inflation meeting pay rise” explained Jon O’Neill, CWU steward “Everybody needs us and we just want a fair share of what we’re owed.”

This is the second two day BT strike, with more to follow, said John…“Hopefully we’ll be tying up with other unions for a mass general strike. I think it’s the only way we can go…” 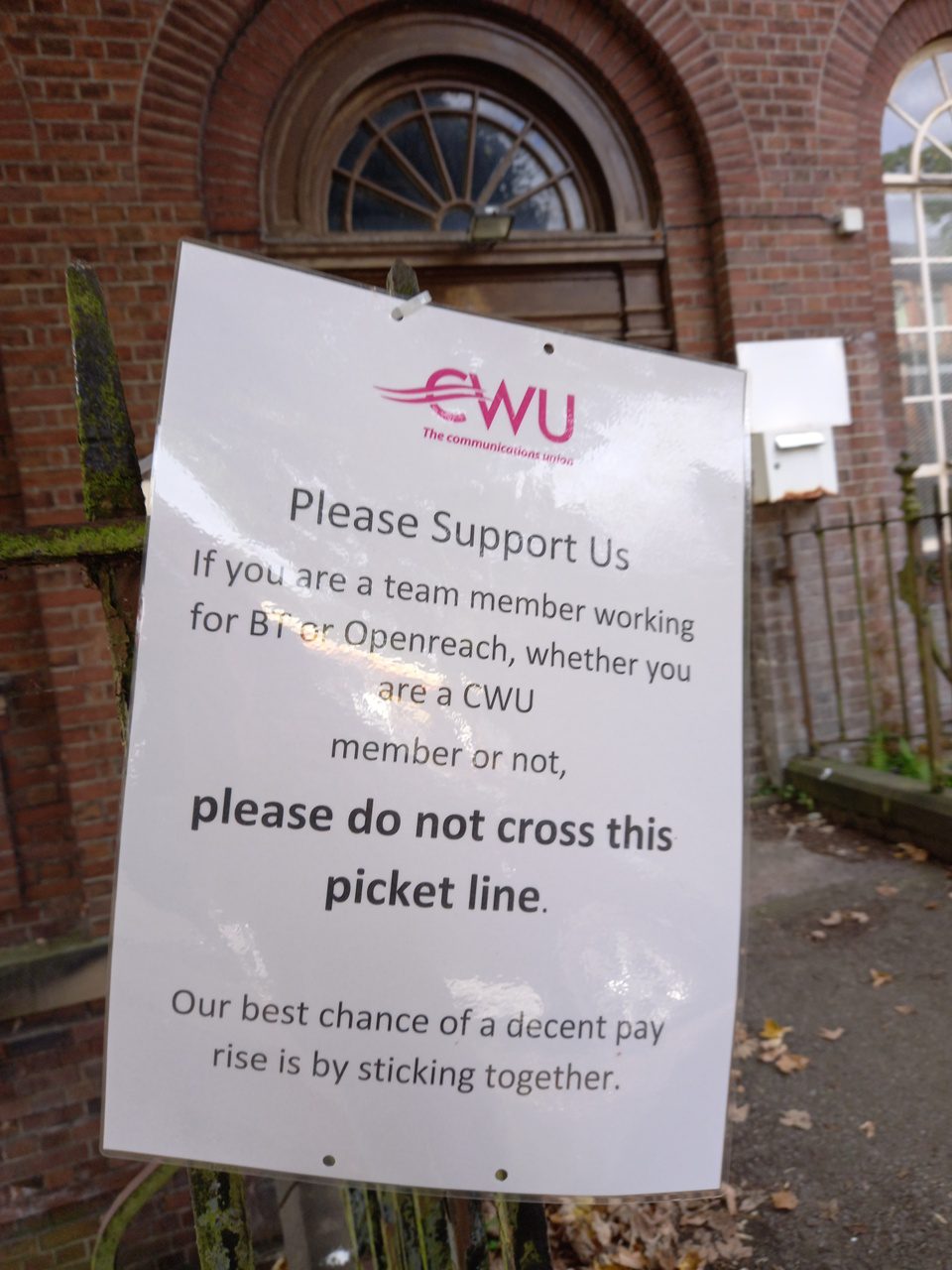 The mood for militancy is certainly evident, with a huge rally at Manchester Cathedral last night launching the Enough Is Enough campaign, which has five demands…

1. A Real Pay Rise – A significant rise in the national minimum wage and a path to £15 an hour, a real public sector pay rise, and an inflation busting-rise in pensions and benefits.

3. End Food Poverty – Enshrine the Right to Food in law and put this into practice by introducing universal free school meals, community kitchens, and reinstating the £20-a-week Universal Credit uplift.

4. Decent Homes for All – Cap rents, build 100,000+ council homes a year, insulate homes and introduce a charter for renters’ rights.

5. Tax the Rich – Make the rich pay their fair share by raising taxes on the wealthiest and the profits of big businesses. Crack down on tax avoidance and evasion.

Over one thousand people crammed inside the Cathedral, with about the same number outside at an overspill rally. Speeches by UNISON President Andrea Egan, GM Mayor, Andy Burnham, Eddie Dempsey from the RMT, Dave Ward from the CWU and more emphasised the message that Enough Is Enough!… 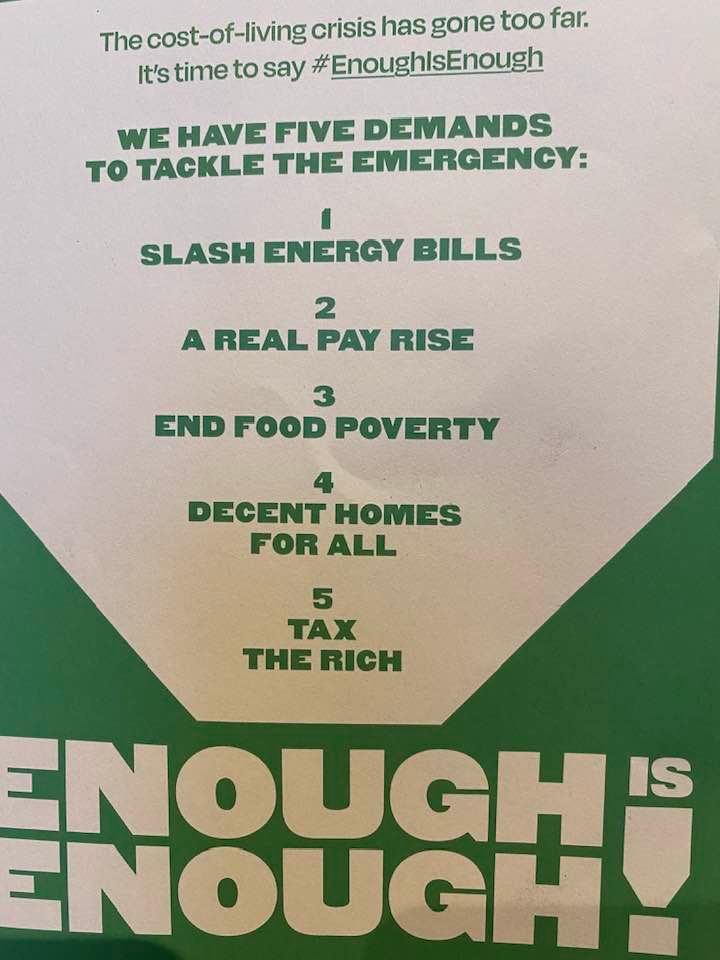