In 1838, thousands of people met on Kersal Moor, to support the Chartists and their demand for the vote. It was the launch pad for democracy in the UK...

On 24th September 1838, the Chartists organised the biggest demonstration ever seen in Salford, and one of the biggest ever in the North West, with estimates at the time ranging from 30,000 to 300,000 people in attendance. The demands were simple – to give people the vote and for the reform of Parliament.

The rally, on Kersal Moor, just a stone’s throw from Bury New Road, was called against the backdrop of the Peterloo Massacre in Manchester in 1819 when similar numbers had seen the cavalry attack the demonstration, slaughtering 15 people and injuring dozens more. It was also called against the backdrop of journalists getting jailed for publishing a ‘free press’, spreading ideas that the authorities didn’t like. And they were expecting a revolt by workers, with new barracks being built all over Greater Manchester.

On the day of the Kersal rally, every cotton mill in a twelve mile radius was shut and workers marched from places as far away as Oldham and Ashton, accompanied by over thirty bands and hundreds of banners. The Oldham banner was so big it had to be carried by six people. The owners of the Manchester Racecourse, which at the time was sited on the Moor, threatened to stop the rally on the grounds of ‘trespass’ but suddenly backed down, while the police and army kept well out of the way.

“There was a lot of fervour behind it from workers with different skills who were all determined to improve their lot” explains Alice Searle, author of two books on Kersal Moor* “Managers gave them the day off, which was really unusual, and there were notices all over, even though most people couldn’t read. This was the first organisation of the working class. After Peterloo, which was more peaceful with women dressed in white, here the Chartists were angry for what they believed was just. They marched down Bury New Road, coming from Middleton and Oldham, and up Bury New Road from Manchester converging on the site.”

By the time everyone had arrived, the people covered eighty acres of land, to hear speakers, including the superstar orator, Fergus O’Connor, who accused the Government of treason for not allowing everyone the vote. Other speakers included RJ Richardson, a radical Salford newsagent from Chapel Street, RB Cobbett, a local solicitor, publisher and son of top Chartist, William Cobbett, and JW Hodgetts, a radical chemist, who put the demands of the Chartists to the crowd which was endorsed by everyone in attendance. The Charter was launched and the rest is history… 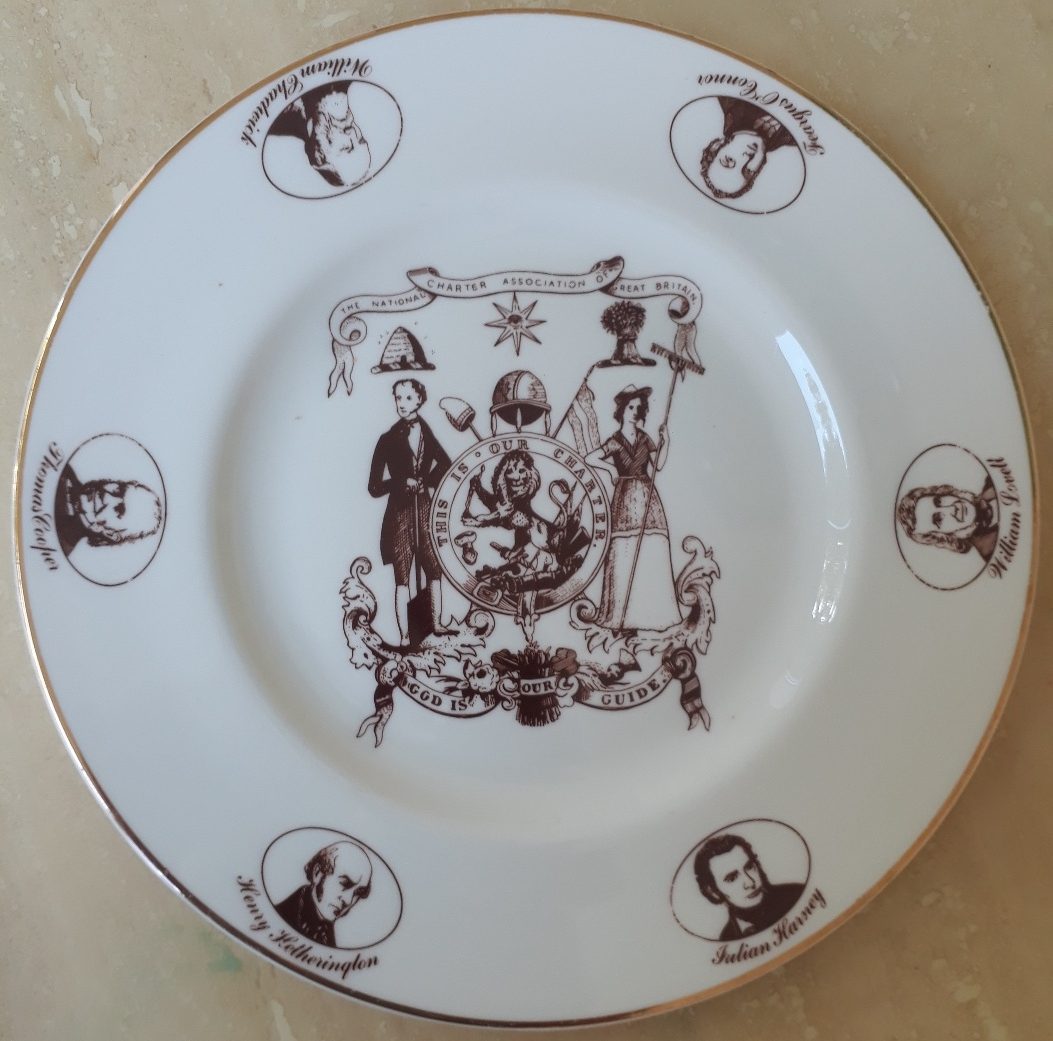 There was another, smaller, demonstration on Kersal Moor a year later, and in the future a lot more campaigning and fighting on a national level…until, eventually the UK became the birthplace of democracy as, eventually, all points of the Charter were adopted apart from annual Parliaments…

“Without these demonstrations there would have been no democracy in this country” explains Alice “This was ordinary people asking for their rights, it wasn’t the Government; democracy came from the grass roots. People knew what they wanted. This was the birth of it. Absolutely democracy was born on Bury New Road!”