In the weeks following the Manchester Arena bomb, local and world leaders condemned the attack while the community grieved defiantly...

In the days and weeks that followed the May 22nd 2017 terrorist bomb attack at the Manchester Arena, local and world leaders lined up to condemn the atrocity. On 25th May the whole world observed a silence, led by Greater Manchester Mayor, Andy Burnham, in a jam packed, flower covered St Ann’s Square.

The silence was observed impeccably, and broken at the end by spontaneous applause. Some people chanted ‘Manchester…Manchester’; while others sang the Oasis song, Don’t Look Back In Anger. 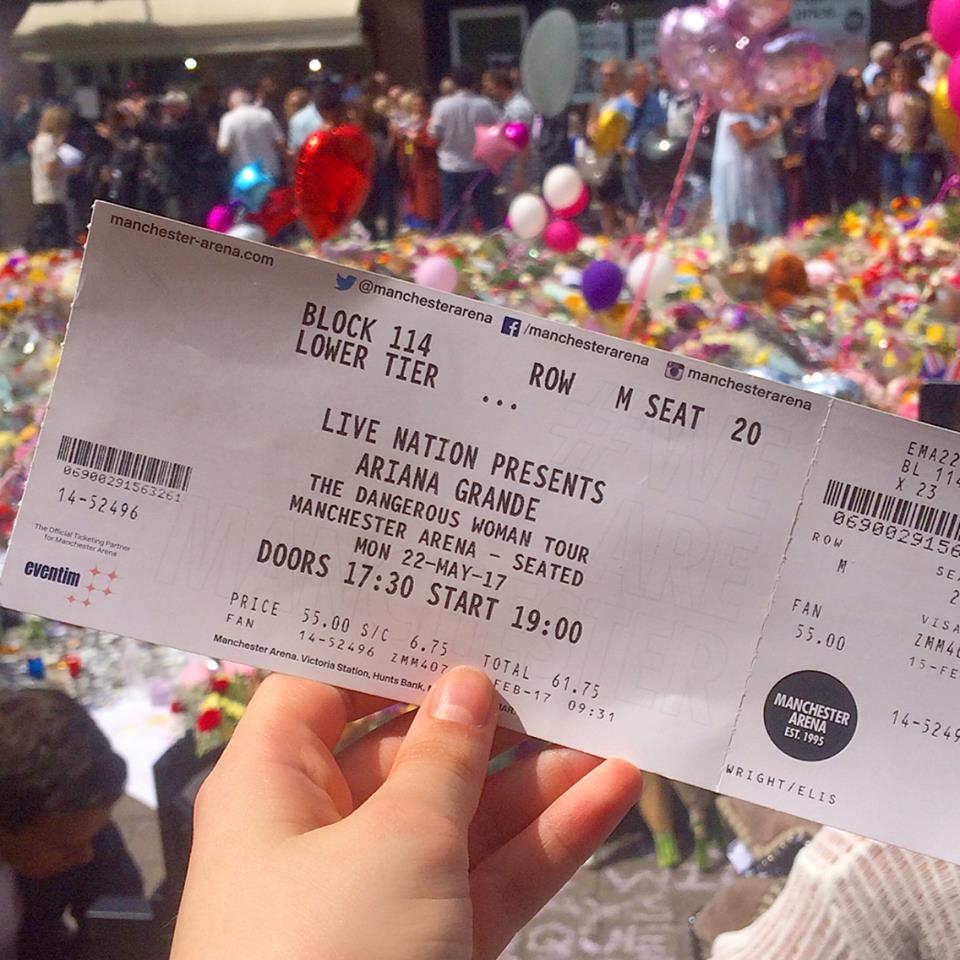 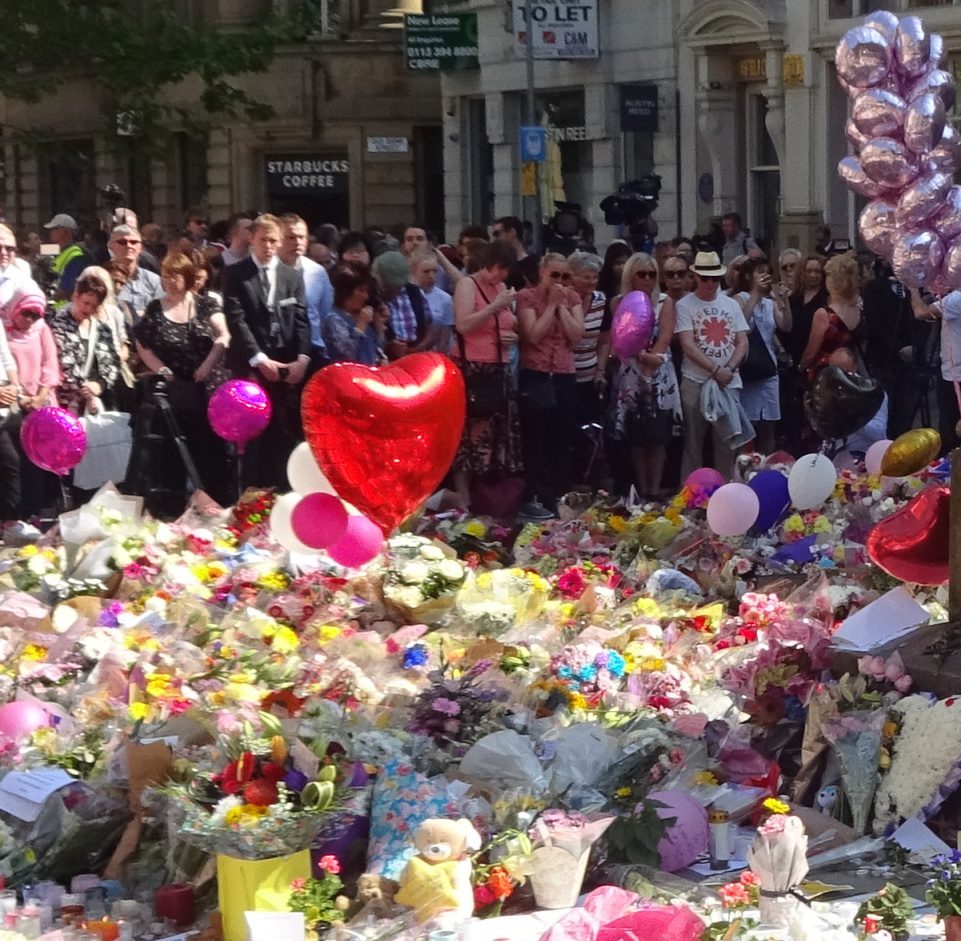 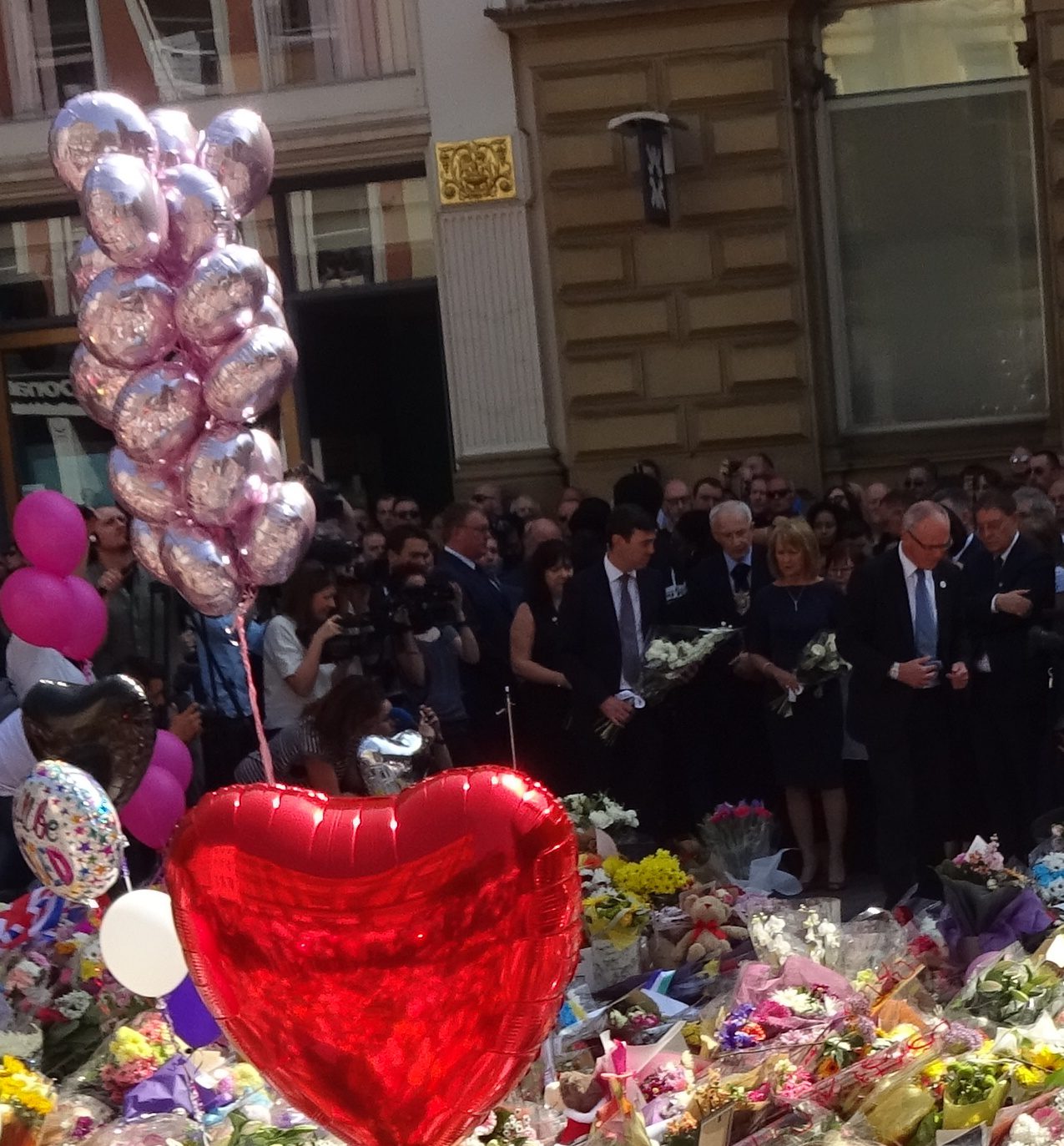 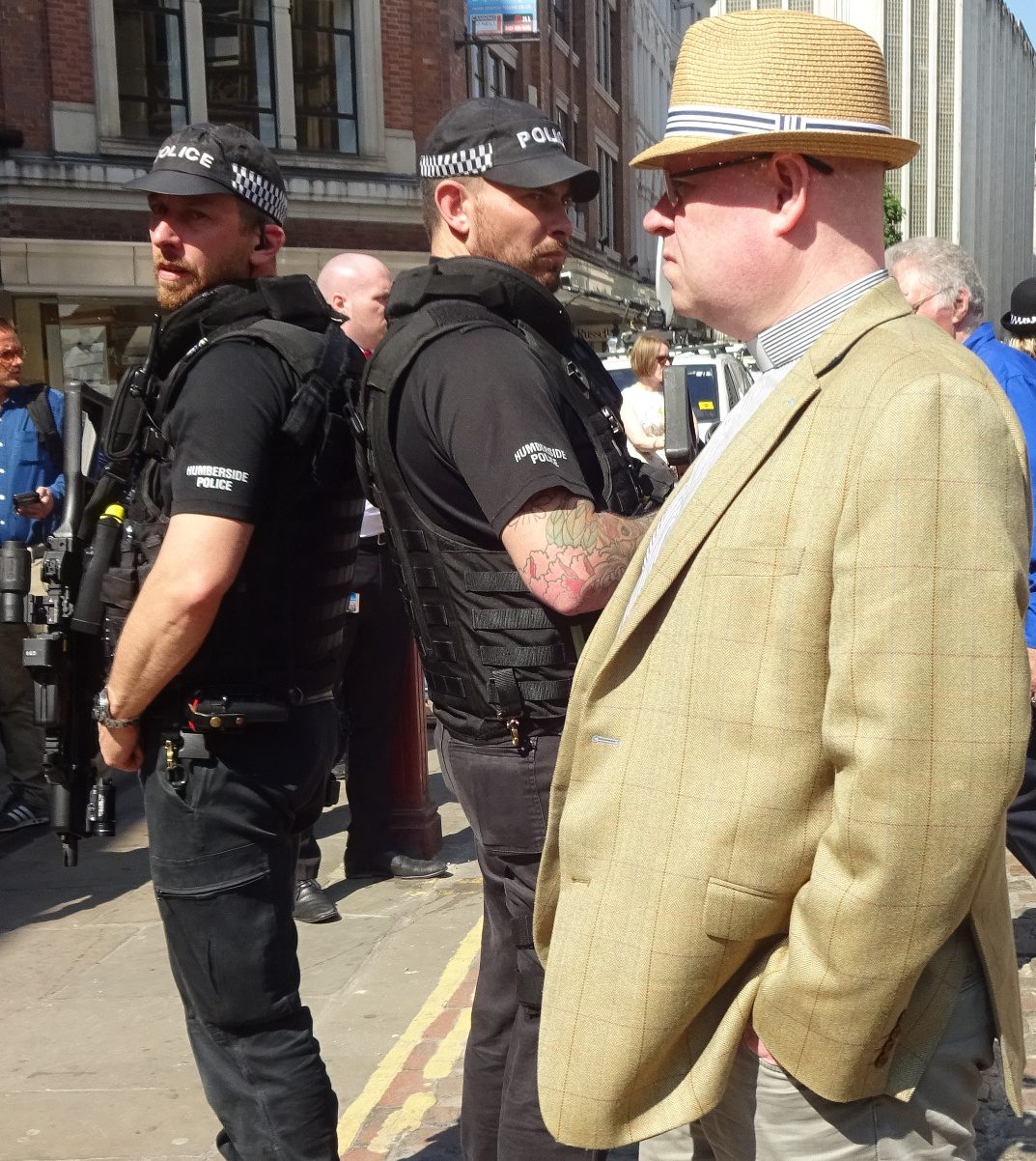 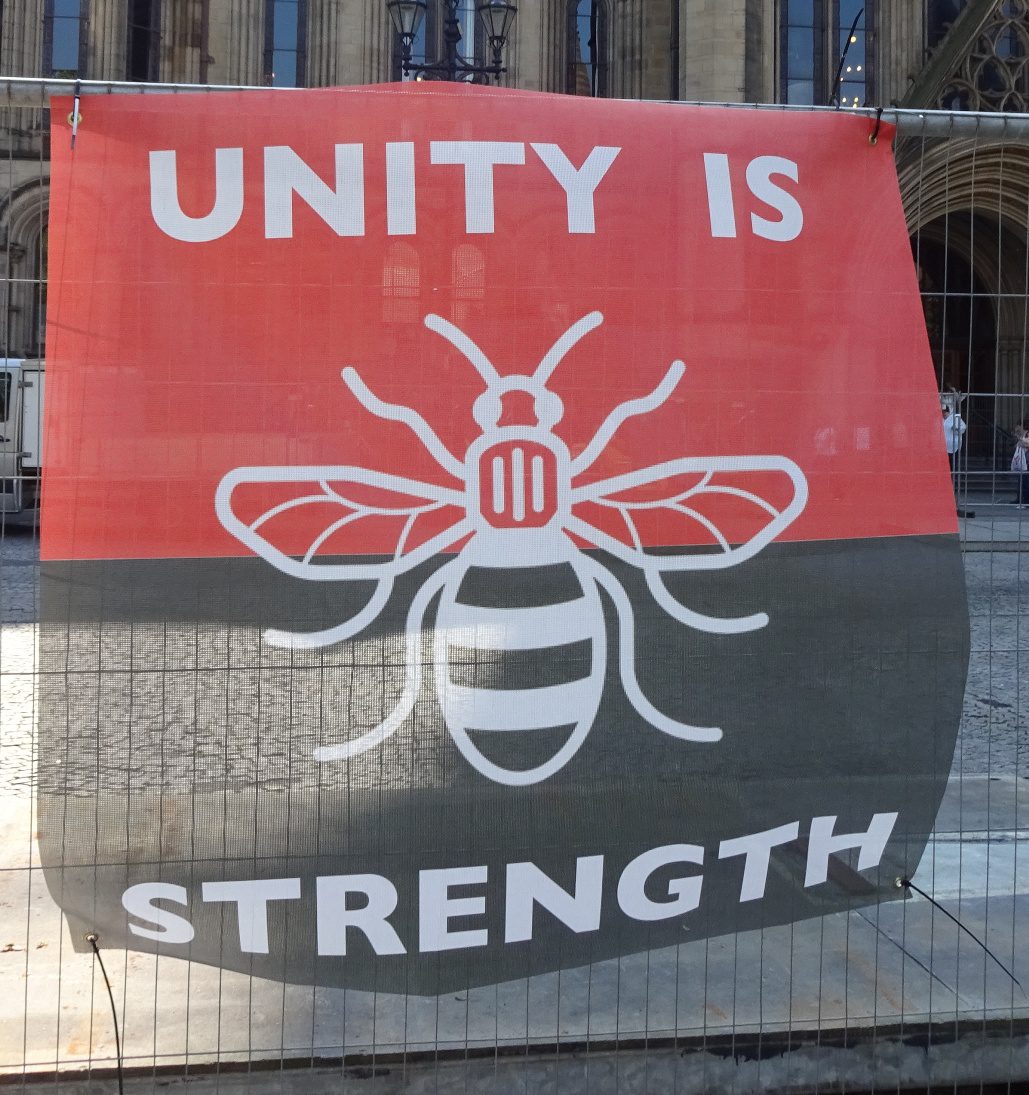 In the immediate aftermath of the atrocity, the Queen sent a message to the Lord-Lieutenant of Greater Manchester… “The whole nation has been shocked by the death and injury in Manchester last night of so many people, adults and children, who had just been enjoying a concert.

“I know I speak for everyone in expressing my deepest sympathy to all who have been affected by this dreadful event and especially to the families and friends of those who have died or were injured” she added “I want to thank all the members of the emergency services, who have responded with such professionalism and care. And I would like to express my admiration for the way the people of Manchester have responded, with humanity and compassion, to this act of barbarity.”

The then Prime Minister Theresa May added “All acts of terrorism are cowardly attacks on innocent people, but this attack stands out for its appalling, sickening cowardice, deliberately targeting innocent, defenceless children and young people who should have been enjoying one of the most memorable nights of their lives…”

The then Labour Party Leader, Jeremy Corbyn, attended a vigil in Manchester on 23rd May, stating that he was “horrified by the horrendous events in Manchester…My thoughts are with families and friends of those who have died and been injured. Today the whole country will grieve for the people who have lost their lives…”

At this vigil, Prestwich poet Tony Walsh, or ‘Longfella’, read out a poem which summed up the attitude…

But we keep fighting back with Greater Manchester spirit

Because this is the place where we stand strong together

With a smile on our face, Mancunians forever…’

To defiant cheers, Longfella ended his poem with the message ‘Choose love‘, which was echoed in many of the placards and banners that people had brought to the Square. After a minute’s silence for the victims, the Bishop of Manchester lit a candle of remembrance and the vigil ended with chants of ‘Manchester… Manchester…’

Ariana Grande also issued a longer statement, promising to return to Manchester for a benefit concert, which duly happened..

“I have been thinking of my fans, and of you all, non stop over the past week. The way you have handled all of this has been more inspiring and made me more proud than you’ll ever know. The compassion, kindness, love, strength and oneness that you’ve shown one another this past week is the exact opposite of the heinous intentions it must take to pull off something as evil as what happened Monday.

“YOU are the opposite” she added “I am sorry for the pain and fear that you must be feeling and for the trauma that you, too, must be experiencing. We will never be able to understand why events like this take place because it is not in our nature, which is why we shouldn’t recoil.

“We will not quit or operate in fear.

We won’t let this divide us. 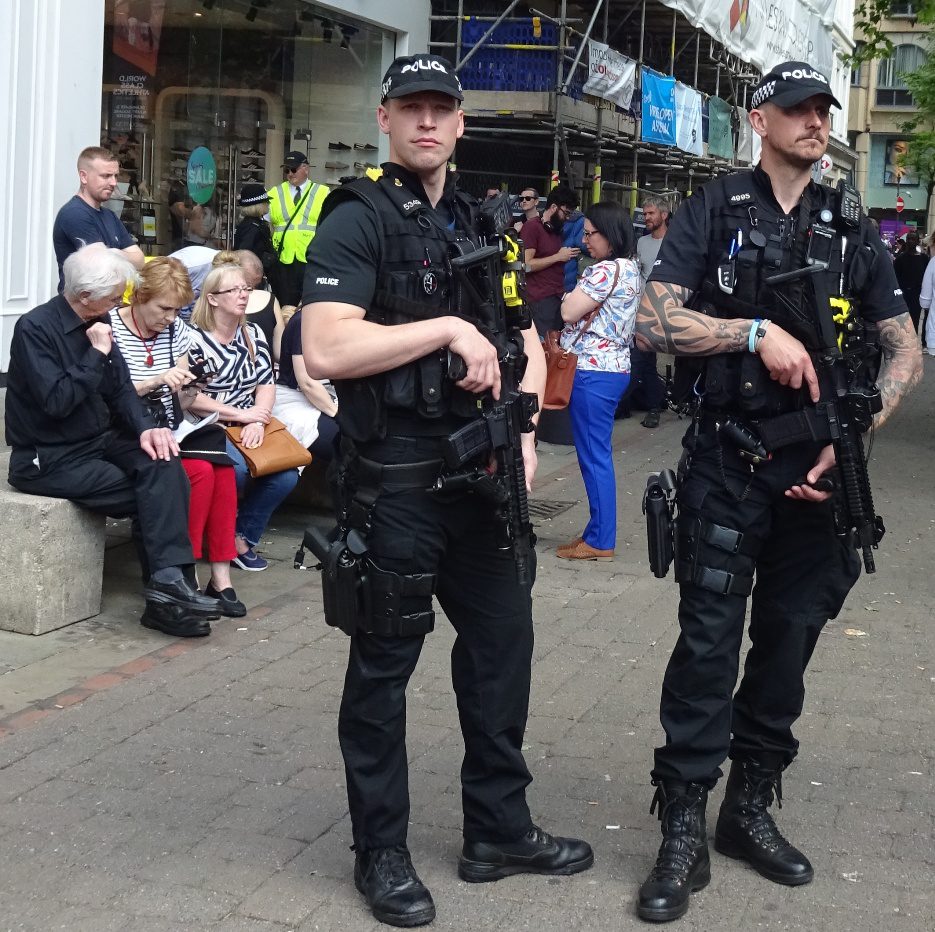 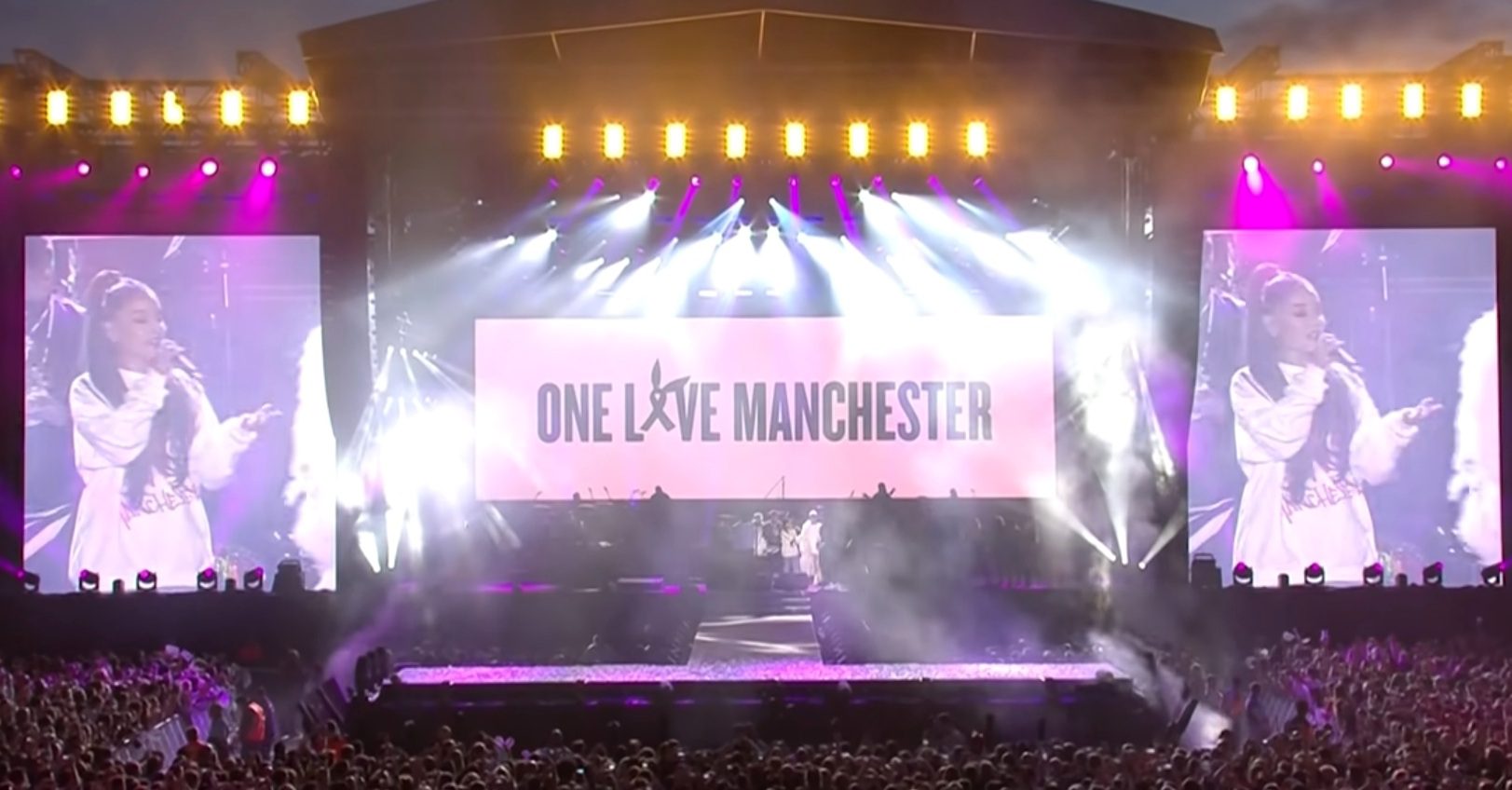