Strangeways Here We Come: The Movie

In 2018, the Strangeways Here We Come dark comedy film was released, with the prison lurking in the final denouement. The plot sees loan shark Danny Nolan, played by Stephen Lord, battered to death by his debtors and enemies, after he had been menacing residents living in blocks around Salford Precinct for years. As well as actor Stephen Lord, the top ensemble cast also includes Jimmy Foster, Michelle Keegan, Elaine Cassidy, Nina Wadia, Lauren Socha, Chanel Cresswell, James Cooney, Mark Sheals and Saffron Hocking, with a script and direction by Chris Green…

“I was born at number two Bramley Street which is literally a stone’s throw from Bury New Road, and the inspiration for Strangeways Here We Come was partly to do with The Smiths album of the same name but partly because I grew up in the shadow of the famous tower” says Chris “And on occasion in the early ‘70s I and some friends would go to the rear of the prison and the older boys in our gang would shout up to the prisoners at their windows, and they would shout back. I thought it was ever so scary and worried they’d somehow break out and come murder us in our beds.

“So yes, partly inspired by The Smiths album but also the scary prison, which in the film looms large over the antics of the main characters and has Michelle Keegan uttering the words ‘I don’t want to go to prison for murder‘, as it is the threat of ending up in a prison that has them all at each others’ throats.” 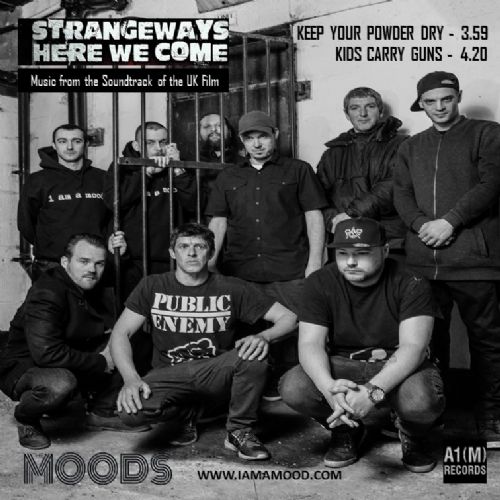 The Smiths – Who Were They? How Important Are They? What Were They Doing On Bury New Road? – click here

Morrissey On The Strangeways Here We Come Album – click here