Who were they? What did they change? And just how important are they?

What are they known for? Being arguably the most influential band of the 1980s; being arguably the first indie-rock stars, and definitely placing Mancunian vibes on the national music map, including Strangeways, via the best selling album Strangeways Here We Come.

What did they change? The Smiths kind of redefined guitar music, and changed a lot of people’s lives, from musicians to angst ridden teens.

While the band are basically from Stretford and South Manchester, Strangeways Here We Come, the band’s final album, took them and the area even more to a worldwide audience, way before the prison riot. As well as being namechecked in the album title, Strangeways prison wall was also featured in the video for Stop Me If You Think You’ve Heard This One Before, as a posse of Morrissey lookalikes rode bikes from Cheetham Hill Road, via Trinity Way down to the prison

“I’ve learned to love the title…It was a bit overstating things somewhat. A little bit obvious. But it’s okay” Johnny Marr is quoted as saying in The Encyclopaedia of Morrissey and The Smiths “I was always intrigued by the word Strangeways. I remember as a kid, when I first heard that the prison was really called that, I wondered had it not occurred to anybody to change the name? It’s still befuddling, really”, he added, in the days before the change of name to HMP Manchester. The book also cites Morrissey saying of the album title “Really it’s me throwing both arms to the skies and yelling ‘Whatever next?‘”

“Has any other band been so inspired by their hometown as The Smiths?” asks Phil Gatenby in his book Morrissey’s Manchester: The Essential Smiths Tour “It’s as if the band could never have been formed anywhere else in the world.” 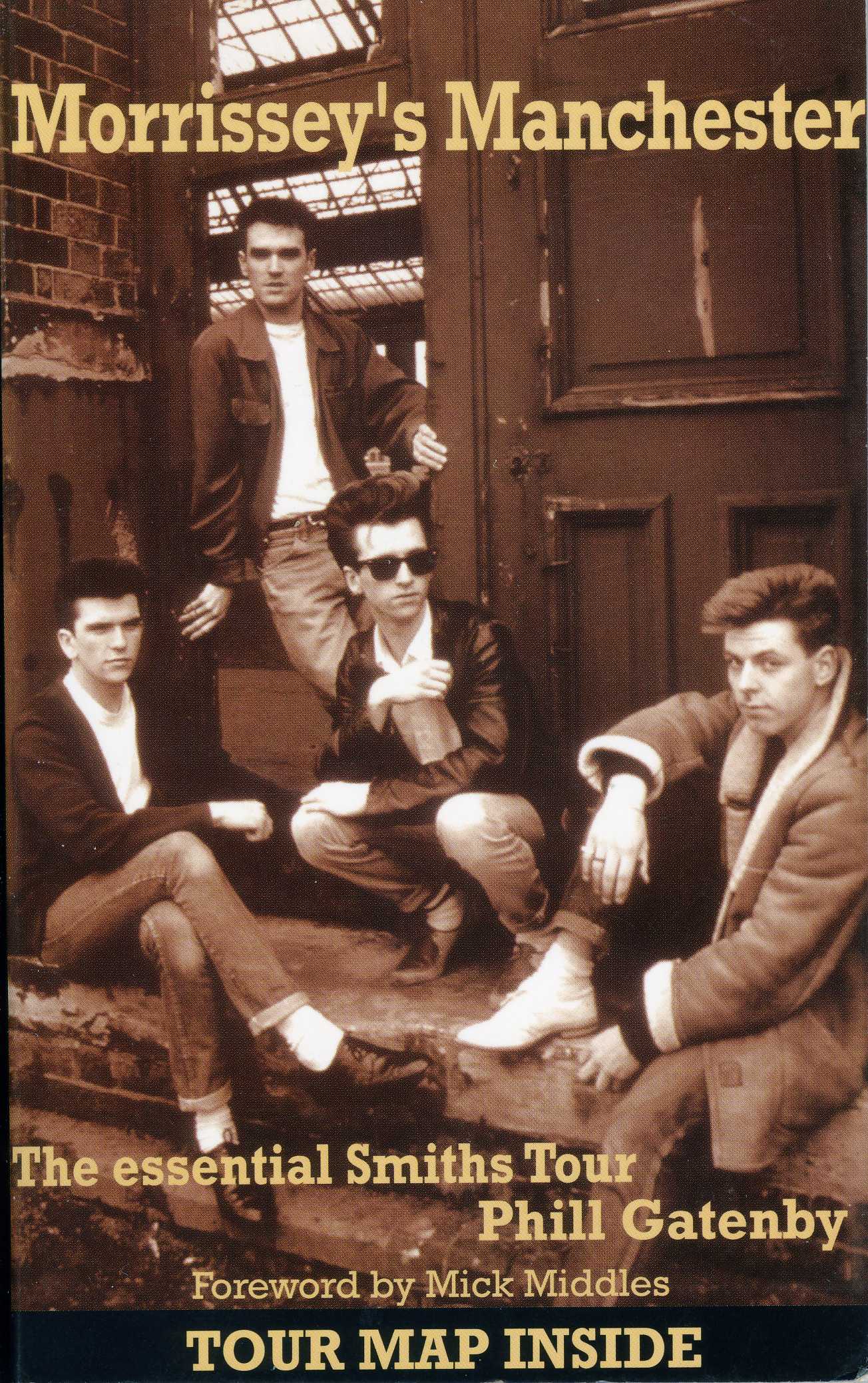 How important are The Smiths? “Marr’s guitar style was a huge building block for more Manchester legends that followed The Smiths – The Stone Roses, with their guitarist John Squire acknowledging the debt he owed to Marr” stated the BBC news site in 2003 “And Noel Gallagher is another major star admitting The Smiths as an influence, and Marr in particular…to a generation of music fans, they were the only band that mattered.”

John Huntington commented on the article: “To put it simply they were everything. At the time we were leaving school and every factory had closed, we knew we had no future, but so did Morrissey. We refused not to wear our Queen is Dead t shirts at school, we spray painted the Smiths everywhere and we finished girlfriends who insulted them. From a time of shocking throw away pop The Smiths were seminal.”

Were you riding a bike past Strangeways on the video for Stop Me If You Think You’ve Heard This One Before? If so please get in touch burynewrd@gmail.com

Morrissey on the Strangeways Here We Come Album – click here