Mark E Smith and Me by Ed Blaney

In 1994 I started with my band Trigger Happy and had done some demos but hadn’t done a gig. I gave my mate and The Fall tour manager, John Rawlinson, or JR, a tape and he gave it to Mark who loved it.  I got a phone call saying ‘Right, the Roadhouse tomorrow, it’s an album launch for The Fall and Mark wants you to play’. That was it. First ever gig!…

At that time if anyone famous came to your gigs it was news for papers like the NME, and loads of prominent Mancunians and Salfordians were in the audience – but I didn’t get a mention, and in many ways that anti-establishment thing was there from day one. There was another gig at the Roadhouse and he came up to me and said ‘It was good that but don’t stand so close to me you’ll be tarred with the same brush’. I thought ‘We’ve got something in common’… After that we got a few gigs with The Fall, and I was at his house one afternoon in Winchester Avenue and he had this old piano which he said was off a sunken ship. I was playing on it and he said ‘That was good, we’ll have to do something’ and I remember going home thinking ‘Fucking hell! Bring it on!’

A few weeks later I was sat on the stairs, skint, with my head in my hands thinking ‘What am I going to do?’. The phone rings and it’s Mark saying he’s got some work. I thought it was going to be about doing a tune together but he had a tour starting and wanted me to be tour manger. He said ‘£100 a day, cock, is that alright?’ I was like ‘Wow’. I borrowed £2,000 from my sister, got a van, got some tips from a couple of mates who worked with the Mondays and did the tour.

The day after the tour we met up in Prestwich, I gave him about £2,500 and he said ‘How much do I owe you?’. I said everyone had been paid and he couldn’t believe it. After that he took me out for a meal and said he wanted me to manage him. Then we just became really good mates. We had fall outs and stuff like that, but it was a good love-hate relationship as we challenged each other. And we killed it. The Fall was on its arse when I took over; they were unbookable but we both got our heads right into it. We did a UK and European tour, and a sell out tour in America ten weeks after 9:11. We had no visas, no instruments; we just got on a plane and we pulled it off.

We had a really great spiritual connection which some people don’t get, and I don’t care if they think I’m off my head. We did it. We did it without any corporate stuff. People go on about success but they don’t know what success is. Success isn’t having a million plays on Spotify that you don’t get paid for; it’s not about that. It’s about doing it. I’m lucky. I got everything I wanted out of being in a band – I didn’t get it in my band, it transpired into The Fall and I got it that way. I brought half of Trigger Happy with me into The Fall…

What is success? Doing what you’re told by some twat? We had Rob Ayling from Voiceprint Records supporting us when Mark was bankrupt. No big machine and stuff. Mark never stopped, even in a wheelchair with staples in his hip.

Mark was a Salfordian, Salford through and through, but Prestwich was his base. I think through the dark years before I met him, in the 1980s, people around here may have written him off; deadlegs who had no right saying he was finished and all that. But when he was back on top of his game we’d come to all the pubs around here and he’d take great pride that he was back; he had a bit of a spring in his step. It was always important to him, this area, and he knew everything. He used to write anonymous letters to the Prestwich Guide and Bury Times complaining about stuff, real sensitive issues to him. He loved the area and would never move out. He talked about it. The Madchester thing was just too much.

Whenever there was a big gig at Heaton Park of someone we both didn’t like, he’d say ‘Come on get some gigs’. So when the circus came to town, we left town… 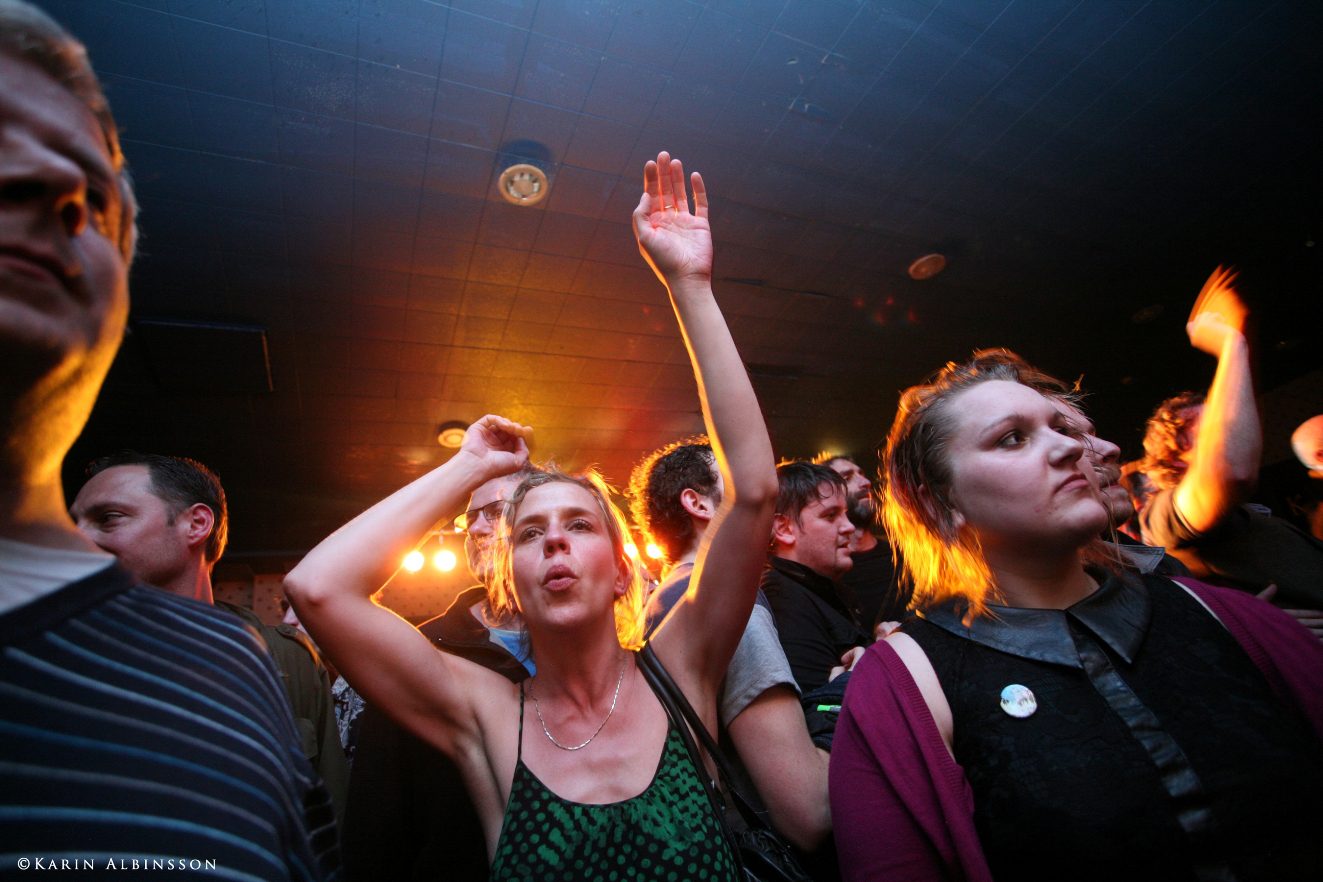 I mean, he wanted success and he got it. When I first met him he told me a story of being so skint he went down the settee for change, going to the garage on Bury New Road and them being funny with him about it all being in change. And later he went in with £50 notes. That was a good feeling. He was always generous. If anyone was in need, even band members that had left and fucked him off, he would bail them out.

Mark was difficult but he had an opinion and was set in his ways. Living in Sedgley Park, he wasn’t anti-semitic or right wing, far from it. I never came across it. He was fair but if you crossed him you were up the road. We had so many great nights, some three days long, but he wasn’t a pop star when he was out. It was just Mark, normal guy in the pub. It was in the Woodthorpe where we conducted most of our business, but we’d go drinking in the Lion, the Nats, the Ostrich, the old Grapes, the George…Fans would come over and he’d say ‘Fuck off leave me alone, I’m having a beer’…he wasn’t always rude but when it was his time, out with his mates…He wasn’t a pop star. I mean, he loved it and all that but he liked to say ‘Right that’s it, switch off, we’re in the pub, no shop talk’. And in the dark times, with relationships and stuff, he was always there for me and I was always there for him. 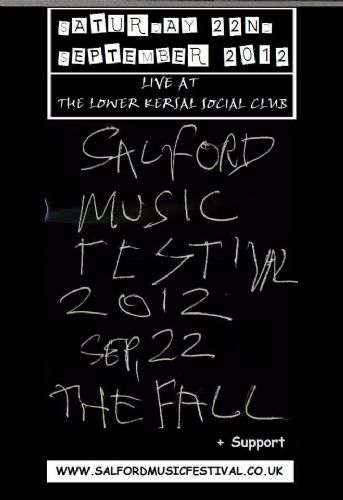 It’s kind of cool isn’t it for actors and artists and such saying ‘Oh Mark’ but there were only a few who knew him well. Since he’s died, there’s about ten bands that sound like The Fall, like the X Factor gone wrong. Mark’s legacy is so big. The only sad thing, and we talked about this before he died, is that it’s not controlled in the sense that people have cashed in on it and that’s disrespecting it.

There’s not been an official send off and that’s great. That’s The Fall and it doesn’t need a push…it’s like when you’re young and you hear about Hendrix or Dylan, and that’s how it should be left; that people just discover it…

Mark E Smith and Ed Blaney did two albums, while Mark guests on Ed’s album Urban Nature. They also did the England World Cup song, England’s Heartbeat, under the name of Shuttleworth, with the video shot at Salford City FC, plus The Train, Blindness and more. Ed is also currently writing a book about their relationship…“Mark wanted me to do it” says Ed “And it will be a true account of our friendship, and the music thing will be second…” 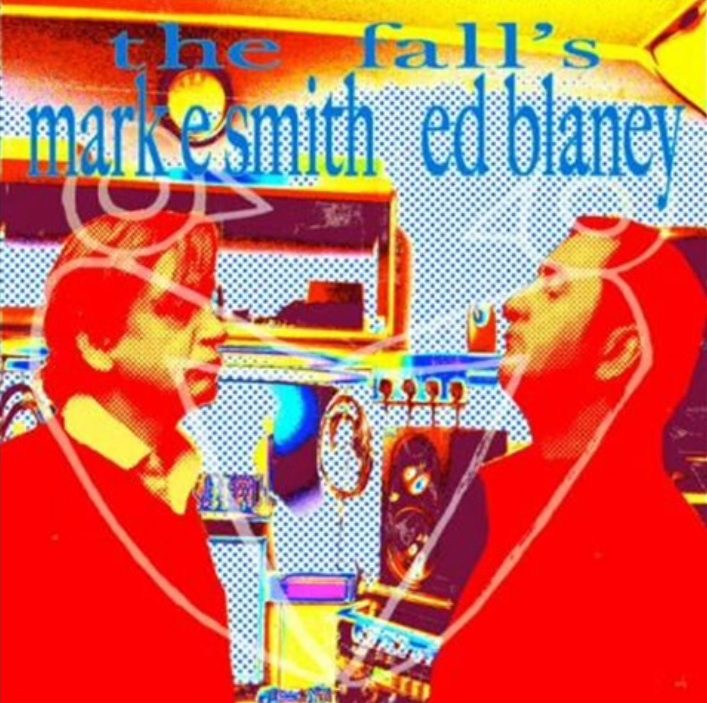 The Fall – how many albums? And how many members? – click here