Prestwich Hospital at the forefront of UNISON trade union formation

Not many people know it, but UNISON, Britain’s biggest public sector trade union, owes its ancestral formation to staff at Prestwich Hospital, who met representatives of other asylum staff at the Mason’s Arms on Bury New Road in Whitefield (now Slattery) to form the National Asylum Workers Union on July 9th 1910.

It’s aims were “To obtain by legislation improvement of the statute of Asylum Workers, reasonable hours of duty and of freedom, fair rates of wages, abolition of vexatious restrictions, and other grievances and a better regulation of the relations between employers and employed; to assist members if wrongfully dismissed; and to provide legal aid when necessary, and to promote the welfare of asylum Workers…”

The first edition of the National Asylum Workers magazine has a history of the birth of the union, which came about after the Asylum Officers Superannuation Act conferred “boons upon officers (with handsome salaries and comfortable pensions)…but did not confer such grand boons upon the humbler  workers…”

In fact the ‘humbler workers’ became ‘weekly out of pocket of a sum larger than they could comfortably afford’. The Act left these workers worse off than before as they had to contribute a large sum towards their pensions from their own wages. The result was a meeting held on 9th July in the Masons Arms, attended by representatives of Lancashire Asylums, including from Prestwich Asylum.

The Union was officially launched in Preston in September 1910 and grew to over five thousand members, and records from 1912 show that Prestwich had the most members of any institution in the country, numbering 310 members, or 86% of eligible staff (91.8% of them being men). By 1920 it had fifteen thousand members. In 1918 the union organised a strike at Prestwich for a 48 hours week. The union won improved national pay and improvements in conditions. 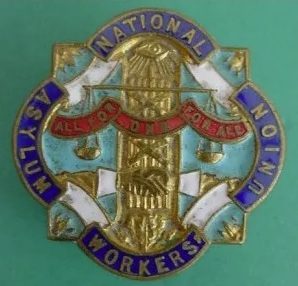 The National Asylum Workers Union was renamed the Mental Hospital and Institutional Workers’ Union in 1935, and in 1946 the union merged with the Hospitals and Welfare Services Union to form the Confederation of Health Service Employees, or COHSE.

…and the current UNISON regional office is based at Arena Point, near Victoria Station at the very start of Bury New Road. 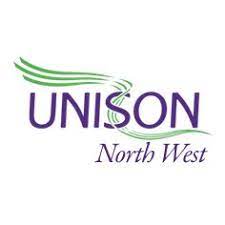 “I remember when we did a protest march down Bury New Road in late 60’s/Early 70’s sitting down at the Junction of Hilton Lane and Bury New Road stopping traffic. It was COHSE then. I probably still have my badge somewhere….” Jillian Roberts 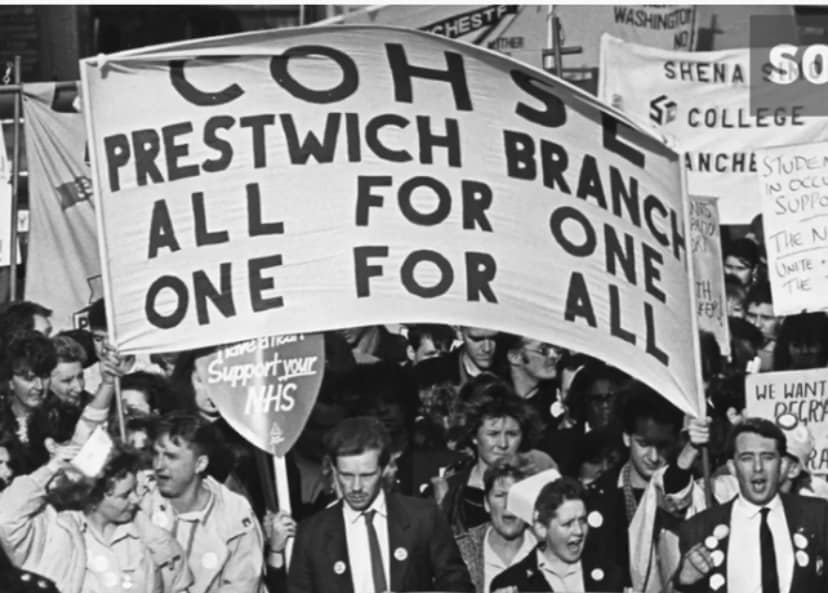 “I think this was the 1988 strike over regrading…” Sue Shoo