What is it? What did it change? And just how important is the hospital that led to improved care for the whole country and was instrumental in the beginnings of the trade union movement?

What is it known for? Being the biggest asylum in Europe by 1900 with over three thousand inmates, and probably one of the most notorious… ‘Appalling things and some terrible cruelty’ happened there Dr Clare Groves said in a recent lecture, echoing what others had noted over the years.***

What was it doing on Bury New Road? The Prestwich Asylum was built following the Lunatics Act of 1845, and a second act in the same year made it compulsory for counties to build an asylum for ‘pauper lunatics’. In 1847, the Prestwich Woods site off Bury New Road was bought from Oswald Milne, a Manchester solicitor, for £11,412-4s-5d and it opened in 1851 with 350 patients.

What did it change? The horrendous conditions at Prestwich Asylum led one of its doctors, Dr Montagu Lomax, to write a whistleblowing book called The Experiences of an Asylum Doctor; with suggestions for asylum and lunacy law reform which captured the imagination of both the media and general public, and spearheaded the campaign for the reform of the way that those with mental health problems were treated.

The book, published just over one hundred years ago in 1921, blew the lid on conditions at Prestwich Asylum…“To treat the insane as if they were criminals, to herd them together in huge barrack-like asylums, to make them wear a distinctive and humiliating garb, to restrict their liberty as forcibly and ostentatiously as possible, to punish them for faults for which they cannot justly be held responsible is irrational and barbaric…” Lomax wrote.***

Just ten days after the book’s publication, questions were being asked in Parliament, and eventually the Government set up an inquiry, the Royal Commission on Lunacy and Mental Disorder 1926, which led to the 1930 Mental Treatment Act. While the Act went some way towards better treatment, many have noted that conditions at Prestwich didn’t really improve greatly, with former nurse Una Baines, who worked there in the 1970s, describing it as a ‘legalised concentration camp’.******

What else did it change?  The Hospital was at the original epicentre of the formation of Britain’s biggest public sector trade union.

Prestwich Asylum staff were at the forefront of the foundation of the National Asylum Workers Union in 1910, with its representative amongst eight from other Lancashire asylums who met at the Mason’s Arms on Bury New Road in Whitefield (now Slattery Patissier and Chocolatier) for the first time.

In 1946, the union merged with the Hospital and Welfare Services Union, to form COHSE (Confederation of Health Service Employees), and in 1993, COHSE merged with NUPE (the National Union of Public Employees) and NALGO (National and Local Government Officers Association) to form UNISON, the country’s biggest public sector trade union.****

How important is Prestwich Hospital?

Now the headquarters and epicentre of the Greater Manchester Mental Health NHS Foundation Trust, the hospital/asylum has been at the forefront of debates and changes to the treatment of those with mental health problems since its inception…

“Notwithstanding the opening of one of the earliest regional secure units there in the late 1970s Prestwich Hospital was never at the ‘cutting edge’ of mental health care, but its centrality to mental health reform as a consequence of the Lomax allegations does perhaps separate it from other psychiatric hospitals with an otherwise similar history” concluded Dr John Hopton, Senior Lecturer School of Nursing, Midwifery and Social Work, University of Manchester, in an essay for History of Psychiatry**… 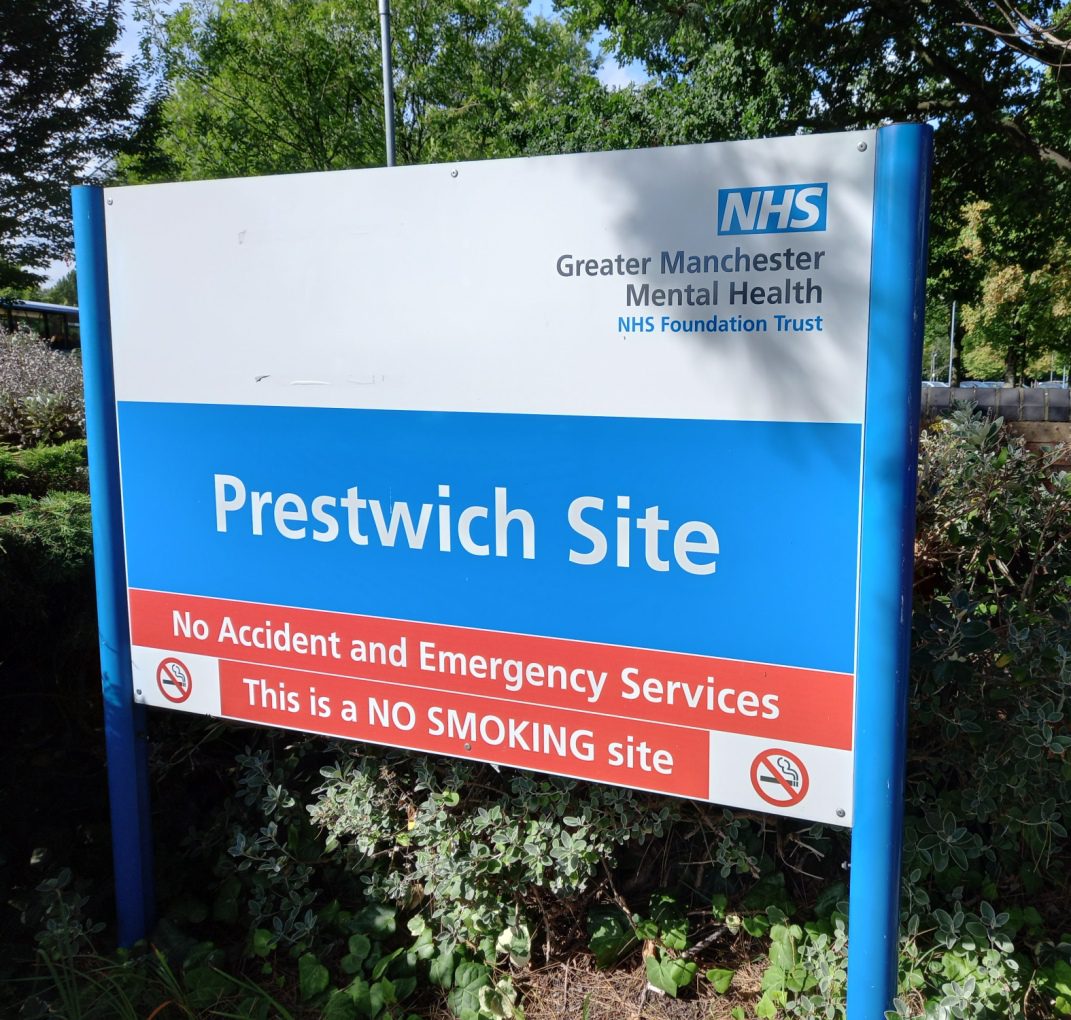