On Kersal Moor there is a plaque commemorating the great democracy rallies...

On 3rd May 2010, the Mayor of Salford, Councillor Roger Lightup, unveiled a plinth and plaque to celebrate on Kersal Moor ‘the great Chartist rallies of 1838 and 1839, when over 30,000 workers met to demand the right to vote and the reform of Parliament’. These were the rallies that birthed democracy, just a stone’s throw from Bury New Road.* 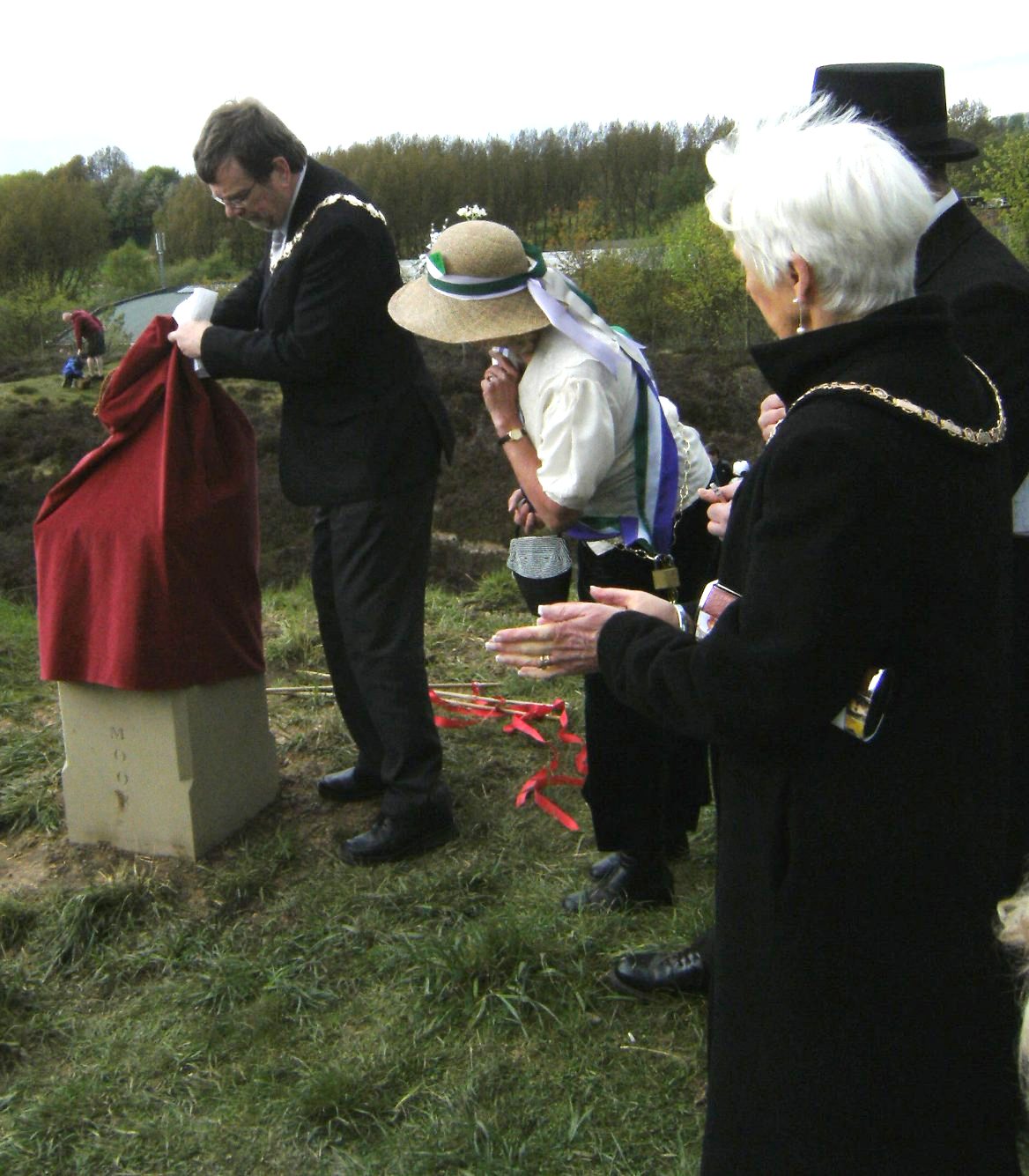 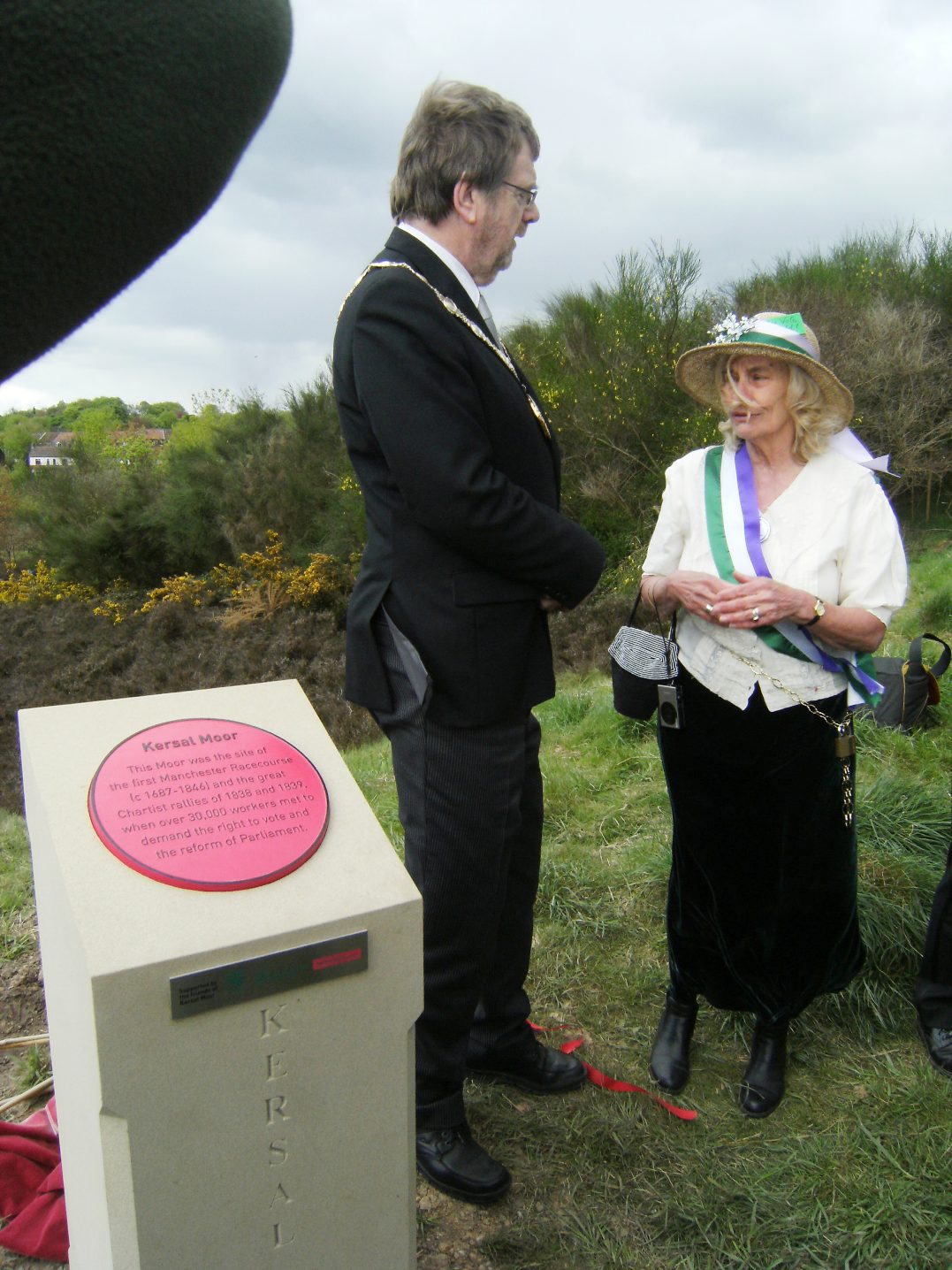 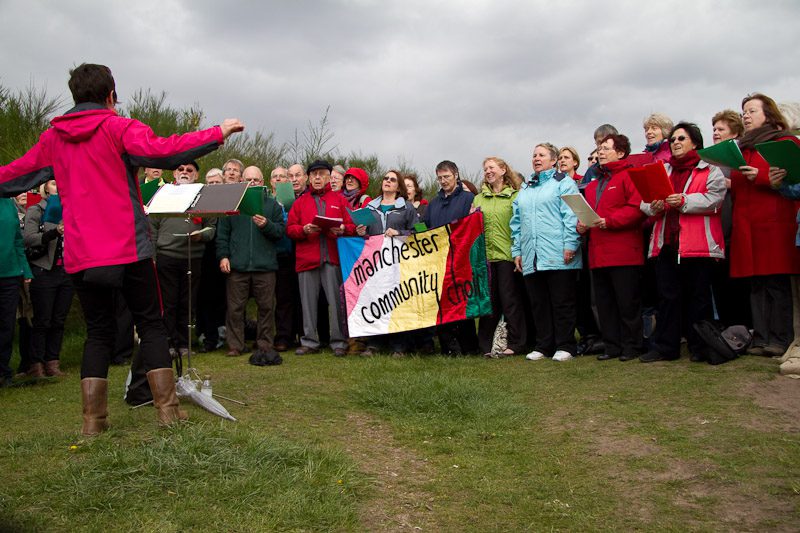 For years local people had been campaigning for a plaque on Kersal Moor to commemorate the major turning point in British politics, and the Mayor said that it was fitting such a memory was stirred in the week of a General Election. At the event, attended by hundreds of people, including actress Maxine Peake, local MP Graham Stringer and lots of councillors, the Manchester Community Choir sang a special song, written for the Chartist rally by J.Wheeler in 1838, which had never been performed in public since that day, while the highlights also included period games, a fancy dress competition, tunes by Besses Band and stalls including one featuring giant copies of press reports of the Chartist rally from the Northern Star in 1838. 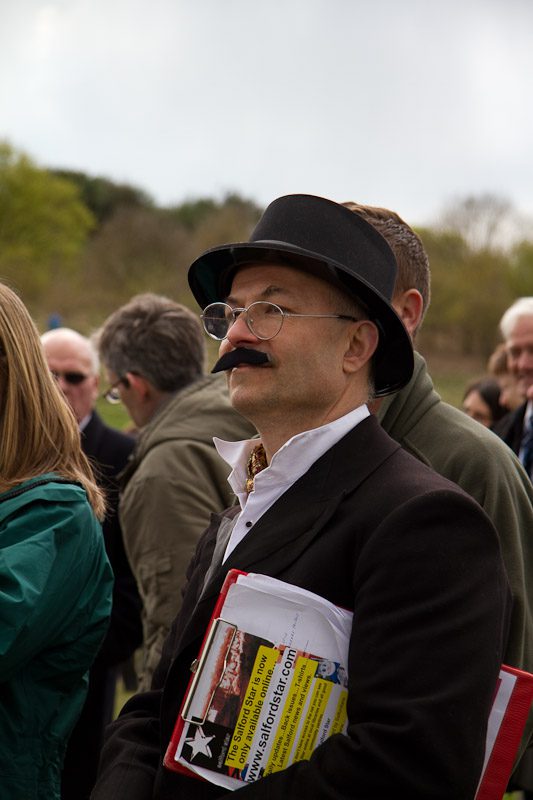 The plaque was installed on high ground deep within the Moor but, unfortunately it was vandalised one night, so it was restored by Steve Higham, from the Salford Ranger Team and moved to the edge of Moor Lane at a ceremony in June 2012, where it remains, safeguarded by local neighbours. 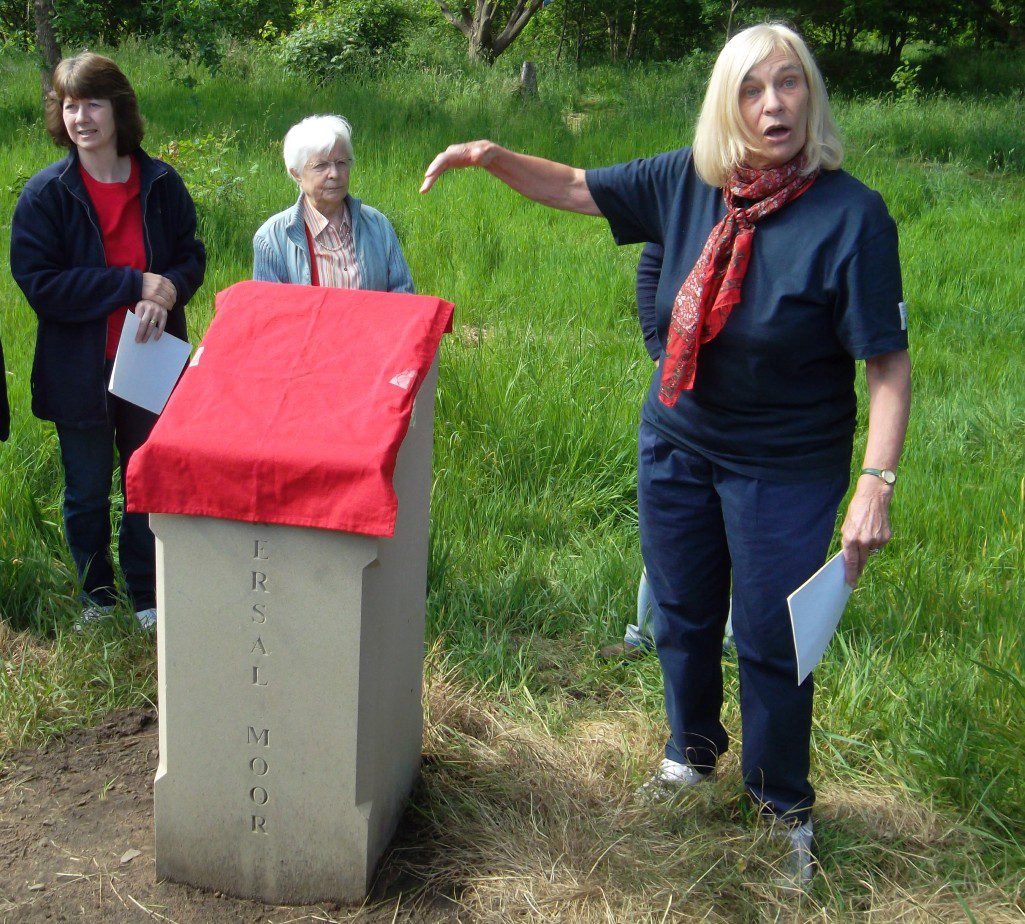 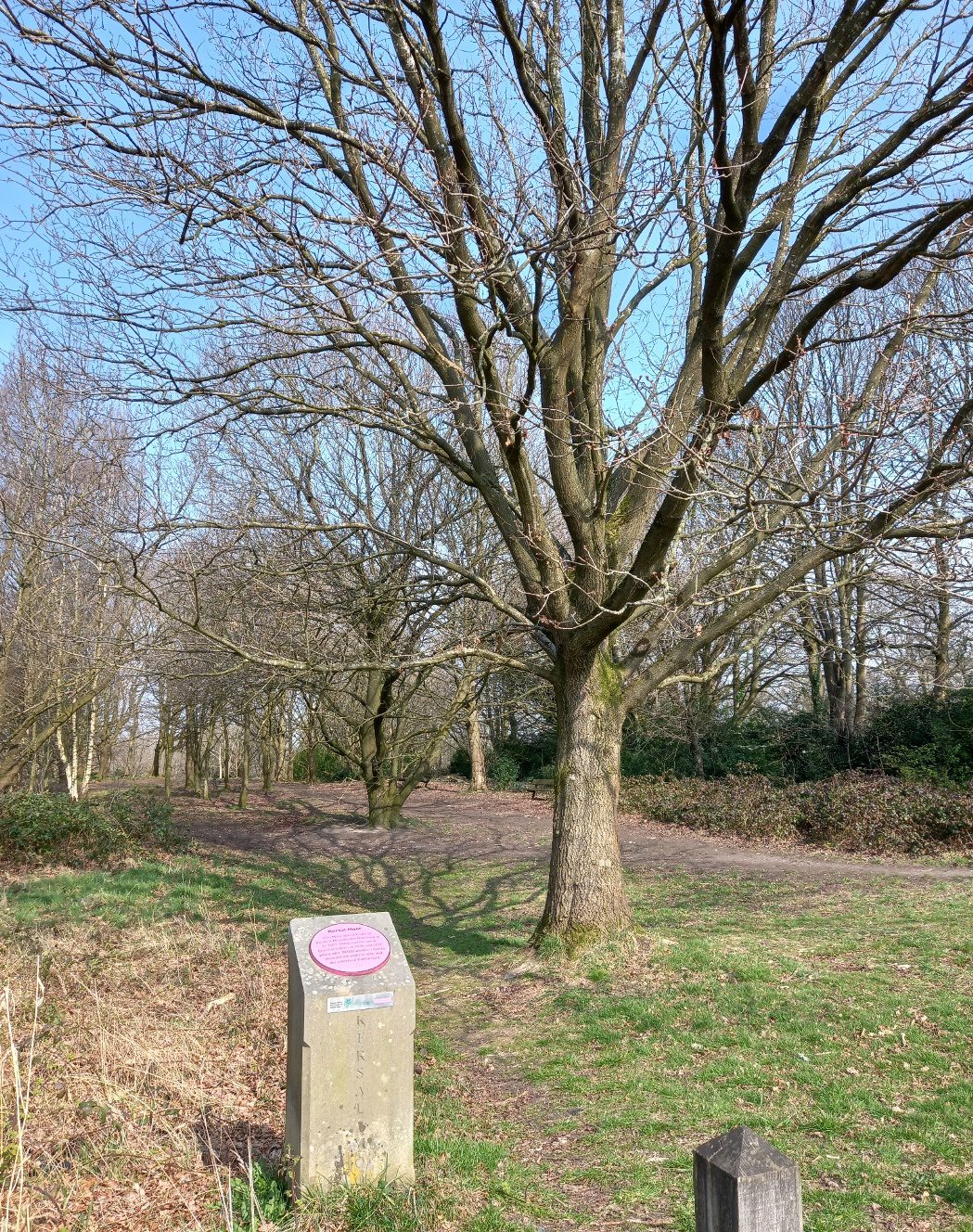 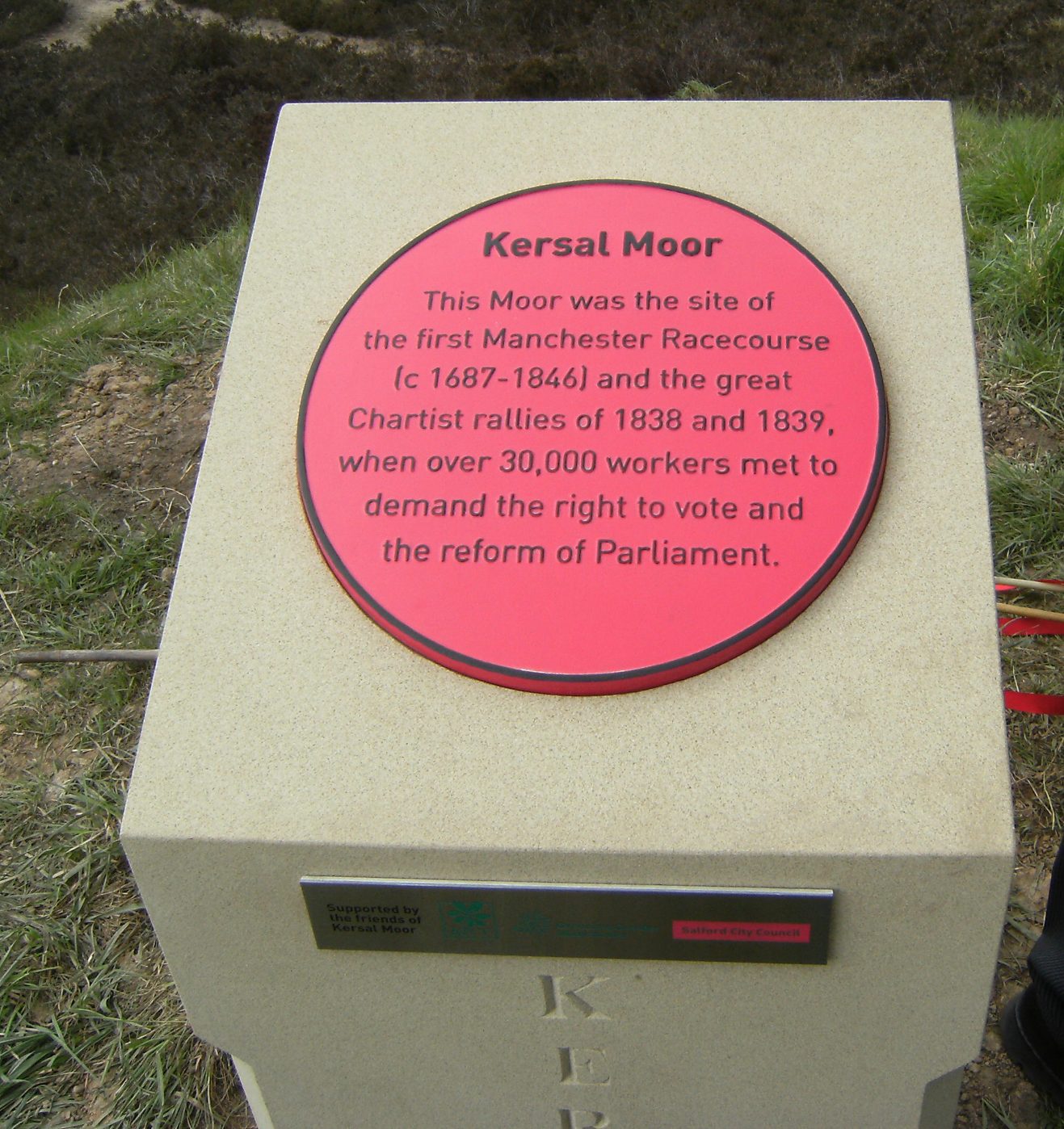