A small piece of moorland that has a huge and rich history, from Chartist demonstrations, to horse racing, Spanking Roger and more...

Eight hectares of tranquil moorland, with a not-so-tranquil history.

Easiest access points are on Moor Lane, a few hundred yards up from Bury New Road, next to St Paul’s Church

Kersal Moor is the oldest site in Manchester that has been used continuously for sport, dating back to at least 1681, with the first horse racing taking place in 1687. It has also been used for archery, cricket, tennis, cock fighting, public executions, demonstrations and local celebrations.

Kersal Moor is also the site of the first golf course ever built between the rivers Tweed and Thames, with the first game played there in 1881, while The Old Manchester Golf Club is the second oldest club in England. Originally begun with matches on Kersal Moor, the Club was moved by the Clowes family to Broughton Park, before finding a new home on Kersal Dale.

Streets that bound Kersal Moor provided the backdrop for John Schlesinger’s 1962 classic kitchen sink film, A Kind of Loving, with Alan Bates, June Ritchie and Thora Hird. The film was incredibly popular on its release, the sixth biggest box office hit that year, while its stars and creators were nominated for four BAFTA awards. 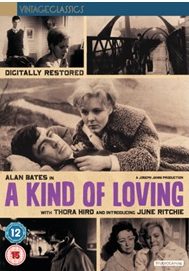 Film sleuth site, Reel Streets, has revealed that Alan Bates and June Ritchie trod the pavements of Moor Lane (bus stop scene), Heathland Road (Ingrid’s mother’s house) and Kellbrook Crescent (a wasteland before it was built on). Mr and Mrs Rosenbloom had the cameras in their house at number 2 Heathfield Road. Other scenes were shot in Radcliffe, Bolton, Blackburn and East Manchester.

Kersal Moor was also the site of nude racing by men, so that women could choose a husband. The most famous example of this is ‘Spanking Roger’, the nickname of a Major General, Royer Aytoun, who in 1796 was chosen this way by Barbara Minshull, a sixty five year old wealthy heir to Hough Hall in Moston. He also had the Spanking Roger pub named in his ‘honour’ near Moston.

Kersal Moor was mentioned by Friedrich Engels in his classic book The Condition of the Working Class in England… “Manchester lies at the foot of the southern slope of a range of hills, which stretch hither from Oldham, their last peak, Kersall moor, being at once the racecourse and the Mons Sacer of Manchester…” ‘Mons Sacer, literally ‘sacred mount’, was a hill in ancient Rome, the site of a poor people’s revolt (secession) against the ruling class at the time. Engels was referencing the Chartist rallies on the Moor in 1838 and 1839. Engels was also supposed to have ridden his horses on the Moor.

The famous racehorse, Red Rum, visited Kersal Moor in the late 1970s, after being the star guest at the Littleton Road Carnival.

Archaeological digs have discovered evidence of Neolithic families living on Kersal Moor, while Roman pottery was found in nearby Rainsough in the 1980s. In 1142, an order of Benedictine monks had the rights to the Moor, granted by King Stephen.

The great Chartist rallies of 1838 and 1839 took place on Kersal Moor, which were the beginnings of the birth of democracy in the UK.*

Why Is Kersal Moor Not A Moor?

Many folk ask why it’s called ‘a Moor,’ when it is surrounded by a dense ring of trees and bushes. Once upon a time the Moor really was a moor, bordering the River Irwell and characterised by a sandy soil left from the action of the Ice Age. The great sheets of ice rolled the rocks over the ground grinding them into fine pieces and sand. As you walk the Moor you may be surprised to see great patches of sand, once called ‘the Beach’ by children. Mosses, acid grasses and heather grow happily on this shallow sandy covering. Its uniqueness has led to it being registered as a Site of Biological Importance.

During Victorian times, local builders dug out the sand for their trades, eventually reducing the height of the highest point, called Sandy Hill. In 1973 a national programme Plant A Tree for ’73 was applied to the Moor, and the current ring of trees was planted by Salford Council. St Pauls Primary School was then on the Moor, first being built in 1861, and I imagine many children enjoyed planting trees. The Moor has a very varied mix of trees, including fruit trees. This is why the Moor isn’t a moor but a wood…

Of latter years, the trees have been encouraged for the clean air benefits but the centre of the Moor is maintained as an open space. There are still older locals who remember the open spaces when it was a sandy moor. Recently the trees have been thinned to allow light to the ground, in the hope that woodland flowers may grow, with the removed branches stacked into ‘dead hedges’ as shelters for small creatures…

What else is there to see?

St Paul’s Church on Moor Lane is Grade II listed and dates from around 1851. In the adjacent churchyard are buried many of the great and good of the area, including Alexander Tom Cussons and his wife Emily Jane, of the famous soap family.

In mid-Victorian times, the Cussons had their family house on Kersal Moor, called Oaklands House, which gave its name to Oaklands Road, that runs from Moor Lane down to Littleton Road. It was a large impressive building at the end of Vine Street, with a unique collection of orchids in its greenhouses. The area is now occupied by Degas Close and Tuscany View. In 1941 a bomb fell on the garden, doing a great deal of damage and may be responsible for the spread of the Indian or Himalayan balsam all along the Irwell. 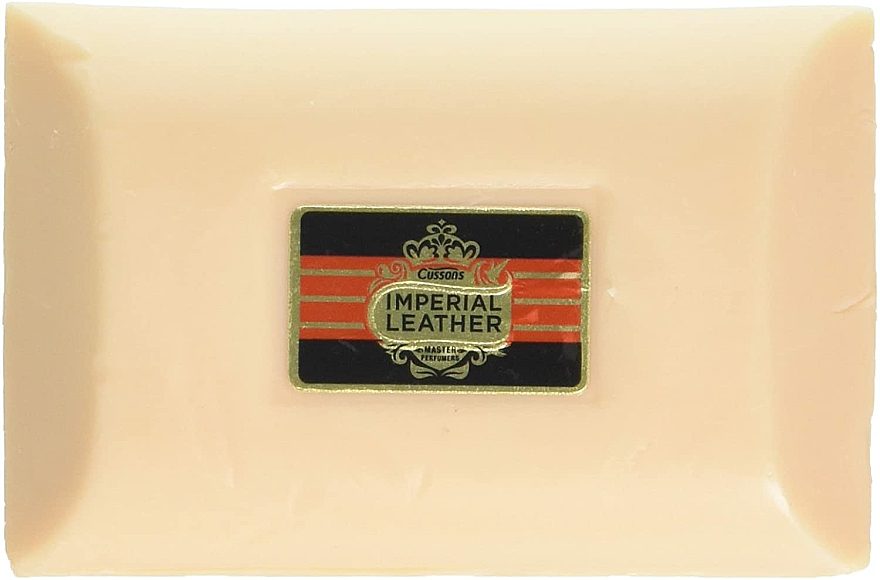 Meanwhile, the family factory, which originated as a chemists and drysalters, was situated at the bottom of Moor Lane, on Kersal Vale Road, spreading across the Salford border into Bury. Its famous Imperial Leather soap was known for its creamy lather, long lasting fragrance and a little label which stops it from going slimey, as it doubles as a soap stand.

The original fragrance dates back to 1768 when a Russian nobleman called Count Orlof commissioned a brand of perfume from Bayleys of Bond Street in London. The perfume was called Eau de Cologne Imperiale Russe, and was said to have whiffed of the smell of leathers worn by Russian royalty.

Cussons had bought Bayleys of Bond Street and Imperial Leather soap was manufactured in 1917 at the Kersal Vale factory, initially called Russian Leather but soon renamed as Imperial Leather. Legend has it that its creation was the result of a sales order for the Russian Court just before the Tsar and family were executed, and that the shape resembled saddle soap.

The Cussons family moved from Oaklands House in 1948, while the factory was demolished in 2010. It is now the site of new housing. 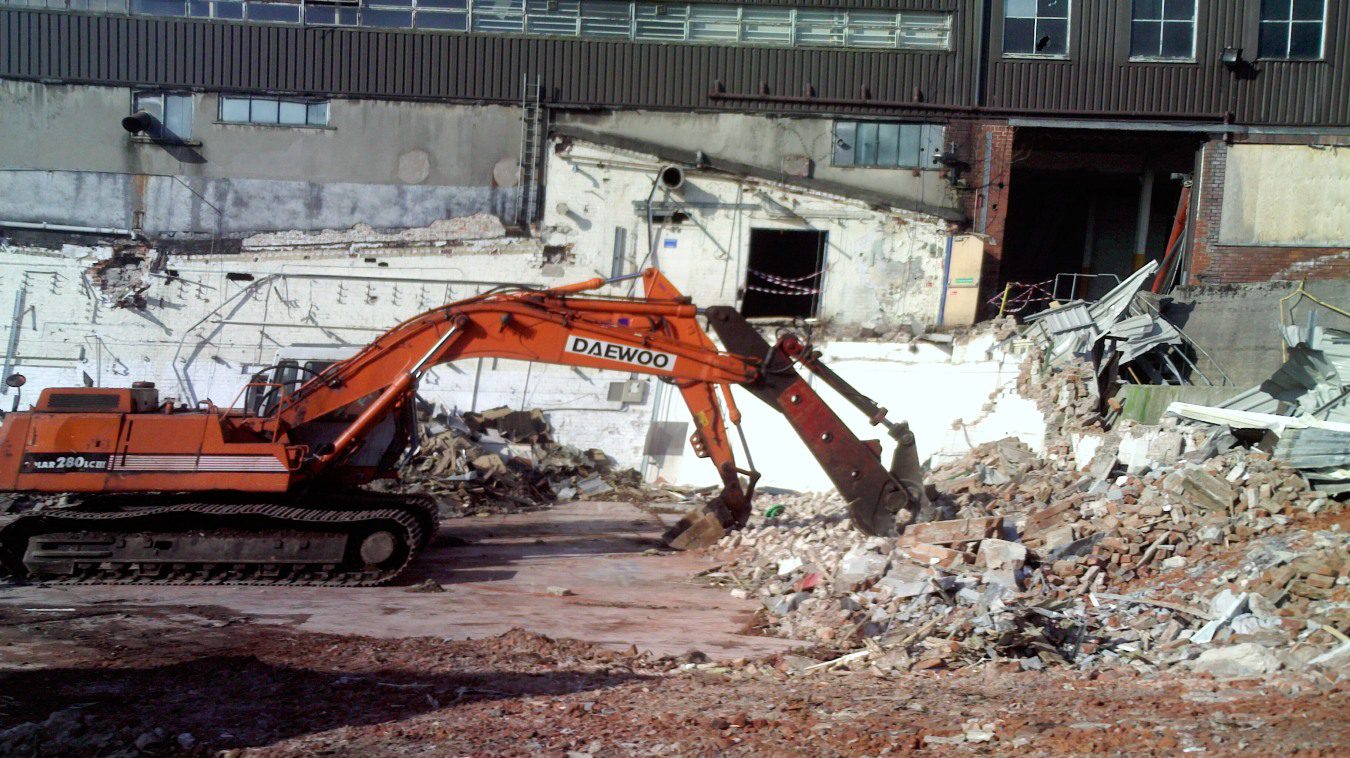